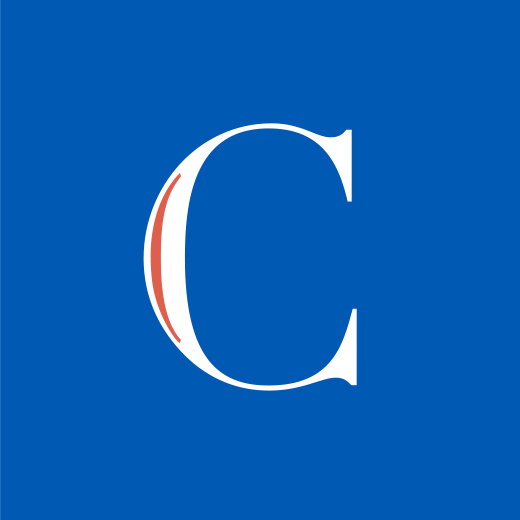 Morgan Harris Pottery Morgan Harris describes his pottery as “his wheel to your home.” Harris is a potter from High Point, North Carolina. 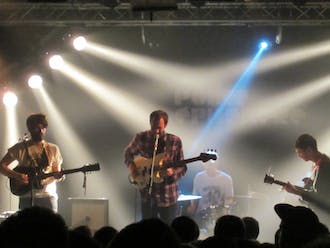 Rarely does a band’s second album have so much baggage to deal with. In Preoccupation’s new record, “Preoccupations, the group may as well work for check-in at LaGuardia. Preoccupations, formerly named Viet Cong, is a Canadian post-punk outfit comprised of two members of now-defunct group Women.  Singer and bassist Matt Flegel and drummer Mike Wallace released two albums as Women, before combining with guitarists Scott Munro and Daniel Christiansen—whose previous experience included performing in a Black Sabbath cover band—to form Viet Cong. After low-key public outcry, the band changed its name to avoid further controversy.  Despite the lineup iterations and name changes, however, Preoccupations’ modus operandi has largely remained the same:  fuzzy and cavernous post-punk clearly aping genre standards such as Joy Division.  Their 2015 album “Viet Cong” (how many differently titled eponymous albums can a band have?) was marked by psychedelic synths and chiming guitar work over thunderous drums as Flegel’s throaty and distinctly British-sounding vocals rang from two rooms over. “Preoccupations,” however is a departure from the haze and unrefined nature of “Viet Cong,” with pop synthesizers playing a huge role in the album, often replacing the rich guitar interplay that so often characterizes post punk—a change that brings parts of the album closer to new wave than the punk the band has built its brand on. “Anxiety” opens the album, and initially sounds like old-school Preoccupations, with some kind of guitar effect beginning the song before endless drone and bass pedal back up Flegel’s singing.  His singing, however, here seems to have a range of roughly three notes—all of which unfortunately seem to fall below his comfort level, leading the song to be dominated by what sounds like three verses and choruses of vocal fry.  A cheap-sounding synth line appears after every chorus, though, diminishing its effect as an intimidating and ominous opener.  The next song continues with the synthetic theme, and is led off by either a drum machine or highly altered studio drums before a comparatively clear and unaffected guitar line brings in the body of the song.  Flegel’s voice travels into a more comfortable range for this track, and complements the drums in a strong back-and-forth, allowing the guitar to fill the gaps between verse and chorus.  The song seamlessly flows into “Zodiac,” which is dominated by Flegel’s snarl over primal, almost snare-less drums.  The album is centered around 11-and-a-half-minute opus “Memory,” which features an aimless outro so long that by the end the listener has no memory of a melody existing in the first six minutes of the song.  The song starts with a syncopated keyboard line that forms the base of the first three minutes before manipulated drums raise the tempo to almost LCD Soundsystem-esque dance punk.  Waves of guitar effects wash over the vocals, obscuring guest vocals from Dan Boeckner, before all sound fades out besides a wash of shimmering guitar rides the last four minutes of the song out. Even with the relative fogginess of “Memory,” “Preoccupations” is, as a whole a much more refined work than “Viet Cong.”  “Stimulation” features drums almost crisp enough to sound like a machine, and the guitar is so minimal that almost every word of Flegel’s verses can be heard—a rarity.  In album closer “Fever,” guitar is almost an afterthought to the synthesizers that haunt the music of the 1980’s. “Preoccupations” is more conventional and melodic than “Viet Cong,” for sure, yet suffers for it.  The band is not original enough in its approach, drawing heavy-handedly from its influences—including Swans, Joy Division—and failing to leave its own impression by the end of the album, something no one could blame the band in its past versions to have done. 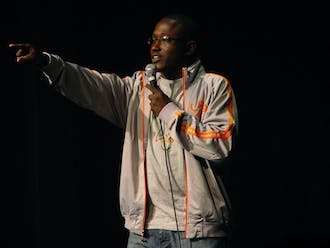 Comedian Hannibal Buress—who comes to Raleigh this Friday to perform his new act “The Hannibal Montanabal Experience”—has run the gamut of the comedic experience. 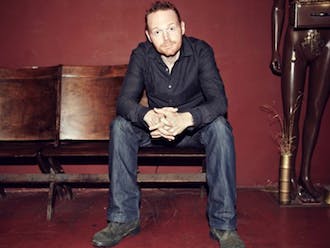 A chat with comedian Bill Burr 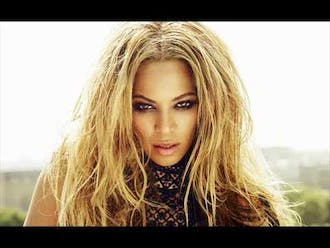 When I purchased my Beyoncé tickets in January, this was not the type of story I was expecting to write. 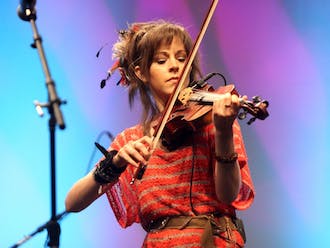 Now that Duke students are free for the summer, they’ve scattered to all corners of the globe to work, be merry and take advantage of these beautiful months. 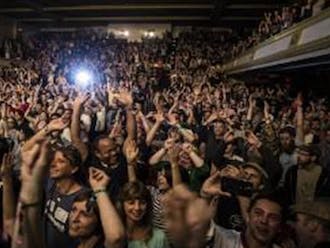 Despite its up-and-coming technology, music and art scenes, Durham doesn’t exactly seem like it would be the perfect location for the next Coachella— and it’s not; because this May, the Bull City will be hosting an event even better: Moogfest. 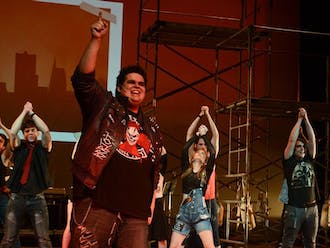 "American Idiot" - what's it about? Who's doing it? How good is it gonna be? let's find out 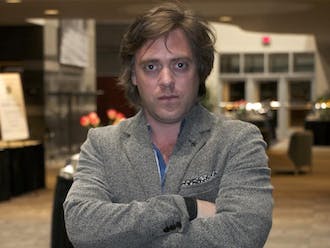 Damián Pachter did not imagine that he would be forced to flee his homeland and settle in Israel a few days after twitting that Argentinian prosecutor Alberto Nisman was found dead in his house in Puerto Madero late in the evening of Jan. 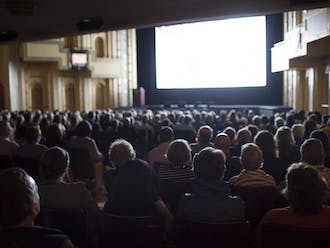 Full Frame comes to Durham for its 19th year

The Full Frame Documentary Film Festival will take place this weekend, from April 7th to 10th. Bringing Durham nonfiction cinema its nineteenth year, this year’s Festival will include over 90 films from around the world. 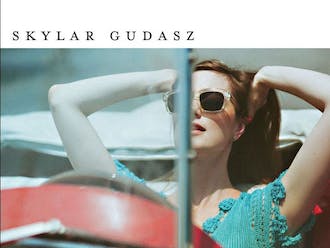 The Chronicle: The thing that really stuck out to me about “Oleander” was your focus on travel. 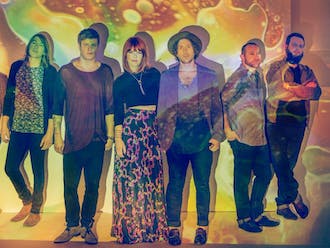 Love is definitely a major theme in our music. So is sunshine. It’s really unintentional in a way, but I think we all really are inspired by life and the world and those themes just come through in our lyrics a lot. 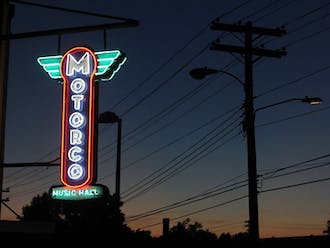 Week of 3/27 Duran Duran 3/28 @ DPAC Growing up, my mom would always play Duran Duran’s “Hungry Like the Wolf” in the car on our way to school, so naturally I assumed the band was old and no longer together. 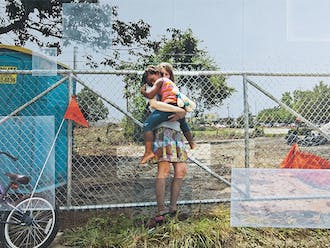 Duke students are aware of all of the changes taking place on Duke’s campus, but they may be less informed about those happening in Durham. 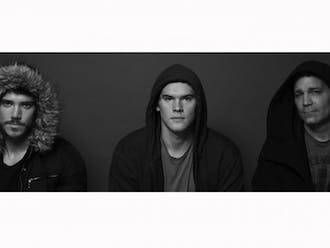 “None of the direction is done for the audience. It’s always done to create an experience for the actors on the stage to create public solitude."

What to do at Duke on Valentine's Day

Valentine’s Day has the power to inspire a variety of emotions in people. For some it can be one of the most meaningful and romantic days of the year, while to others it’s simply another opportunity for the capitalist system to take people’s money. 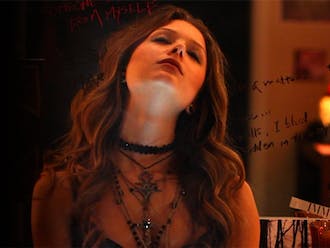 The Carolina Theatre will host the Nevermore Film Festival this Valentine’s Day weekend—forgoing mushy romance films for something a bit more macabre. 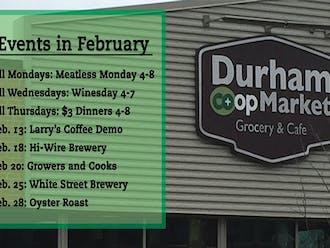 The Durham Co-op Market has not even been open for one year, but it is already starting to make a huge difference in the Durham community. 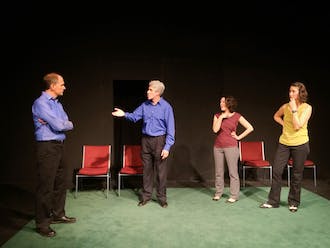 “It’s been very interesting to try to figure out how to develop this style,” Sipp said. “We’ve been in the process of developing a style that we can’t watch anybody else around here do.” 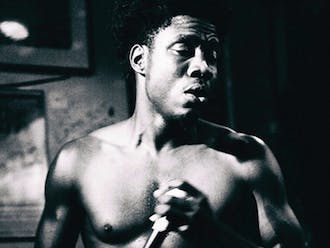 The Chronicle: You attended Durham School of the Arts. Whend id you first know you wanted to be a performer? PT: I worked at Duke -- I didn’t find that until I was way into adult life.

Athletics projects $36M in lost revenue due to COVID-19, details positive tests among students and staff

The death of Danny Lee Winstead: A Duke public safety shooting and its aftermath

Column: This was not exactly how I expected my first postgame question to Coach K to go