I’ve had an interest in writing about sports from a young age, growing up with my eyes glued to the TV for my hometown Steelers’ final two Super Bowl wins and watching DVR recordings of ESPN’s First Take the second I came home from school. My mom hated the screaming voice of Stephen A. Smith, but I loved every minute of sports coverage and debate.

I first walked into 301 Flowers on February 24, 2020 as a wide-eyed sophomore, unsure if I’d really want to begin a new commitment and write for The Chronicle. I’d considered it for a while, but I was shy and thought as a soon-to-be-upperclassman, I’d missed my opportunity. About three weeks later, COVID-19 struck the United States, the world shut down and Duke told students to stay home for what we’d thought would only be an extra week of spring break.

Soon, a week turned into a month, a month turned into the rest of the semester and the rest of the semester turned into nearly a year away from campus. I wrote blogs about players I found interesting for a year-and-a-half, but I never covered a single real game until September 2021. It was already intimidating walking into a room of established writers with no experience, but having any chance of developing that experience taken away for over a year made staying involved more difficult than ever.

Normally, a senior is winding down their commitments, but this year I was just getting started. I sat in the press box and covered Duke Football’s win against Northwestern with sports managing editor Max Rego. I covered Duke’s highly touted women’s soccer program and revamped women’s basketball program. I even got to start new initiatives using my coding skills in our social media “Duke Data of the Day” graphics and multiple data-driven articles.

As I graduate from Duke, I have so many great stories to tell about this past year from being at this paper. I even got to sit at center court on press row in Cameron Indoor Stadium three times for three victories in Mike Krzyzewski’s final season, including his final win in Durham on my 22nd birthday. I never in my wildest dreams could’ve imagined asserting myself at a press conference with professional sports journalists to ask the greatest men’s basketball coach of all time a question, but I did it every time I possibly could.

The Chronicle sports department has given me so much in terms of life experience, but what I’ll remember most about my time is what I’ve always loved about sports: how they connect people. Whether it’s debating starting lineups in the department group chat or working hard with my closest friends to write and tweet about what we love, I’ll always have an appreciation for the community I found within this department and this paper. It’s natural to have regrets in life, but as The Chronicle chapter comes to a close, I only have one: Why didn’t I start sooner?

Nithin Ragunathan is a Trinity senior and would like to thank Evan Kolin, Jake Piazza and Derek Saul for their strong leadership over the past few years during challenging times in the world and in sports. He is grateful for Ashwin Kulshrestha introducing him to the organization. He also cherishes the memories of covering games in Cameron and at Wallace Wade this year with Max Rego, Joe Wang, Ana Young and Glen Morgenstern. Finally, Nithin is also grateful to Nadia Bey, Simran Prakash, Aaron Zhao, Shane Smith, Ramona Naseri, Cam Polo, Jonathan Browning, Matthew Hawkins, Steve Liu, Em Adler, Babu Chatterjee, Sam Mickenberg, Sasha Richie, Jonathan Levitan, Micah Hurewitz and everyone in Chronicle sports for their friendship and support during his time with The Chronicle. 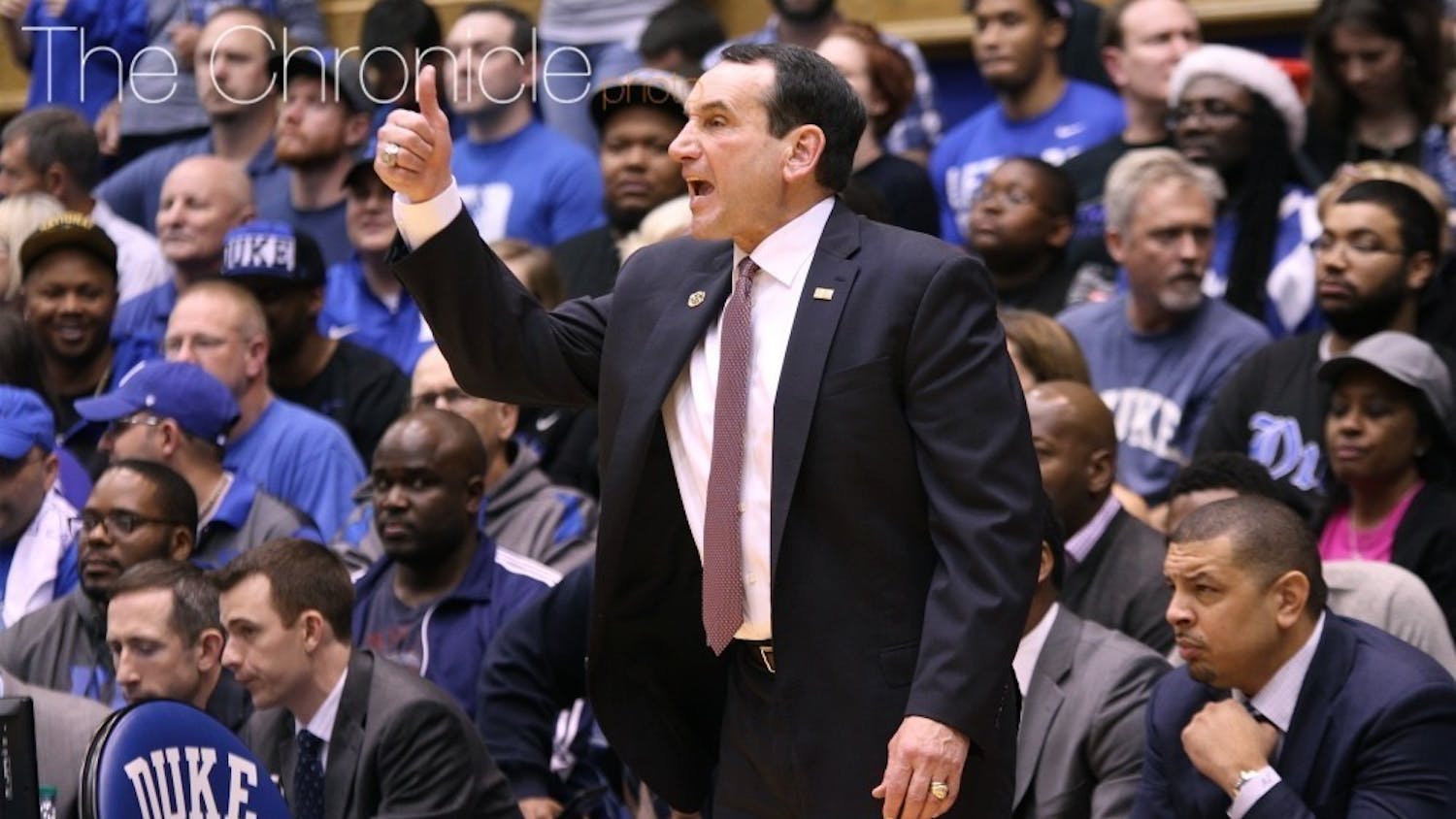 Share and discuss “Better late than never” on social media.

Thoughts on the AP Poll: Duke men's basketball climbs to No. 15

X-Factor: Mitchell will be crucial for Duke men's basketball against Iowa at Jimmy V Classic

Need a study break? Here’s a guide to reading period rest and relaxation at Duke