Birth of a tradition

When Duke Marching Band Director Jeff Au raises his hands, he knows exactly what will happen next. In seconds, the floorboards will begin to shake, and a wall of sound will emanate from the lower bowl of Cameron Indoor Stadium.

But now, just moments before the low brass bellows out that unmistakable first note, time slows. Most students are unaware of what’s coming. And then, in an instant, it happens. The Crazies stand at attention, lofting their paint-slathered arms into the air, swaying with each odd beat. This is what they came for. It happened earlier, before the game, but now, in the heat of battle, it carries them.

The song seems almost life-giving. The fans—battered by cold nights in K-Ville and perpetual motion during the game—have experienced rest only once up to now, while seated together in the over-crowded bleachers at the half. Still, they lurch side to side through the pain, growing louder with each passing note. Like a raft careening towards a waterfall, the masses crescendo, heartbeats from the climax. And then, pandemonium.

Over the past decade, “Everytime We Touch” has woven itself into Duke lore. Its catchy chorus and upbeat rhythm have captivated the Crazies like no other fight song could, growing into a rallying cry for spectators. When the Devils returned to Cameron in spring 2015 to celebrate their fifth national title, even Coach K made note of the ballad’s energizing powers.

And so it has to be asked: How did a semi-popular German pop song from the mid-2000s become the unofficial anthem of an American basketball powerhouse? To answer that, we have to go back to the beginning.

The story behind “Everytime We Touch”’s rise to glory is fuzzy. Memories fade, and no one involved can remember exactly how it happened. There are, however, some things we know for sure.

In August 2005, the German pop group Cascada released “Everytime We Touch”—a high-action dance track with a slow build and a high payoff. Around the same time, Au was named Director of Athletic Bands, taking over for Neil Boumpani.

Before Au’s arrival, the band trended toward older songs at games. It wasn’t uncommon to hear Jimmy Buffett’s “Cheeseburger in Paradise”—a track that would feel out of place in Cameron’s current rotation of pop and hip-hop jams.

The band’s secretary at the time, sophomore Greg Caiola, said Au made a push to bring the ensemble into the modern age by incorporating new songs into the playlist.

In fall 2006, “Everytime We Touch” rose from a foreign hit to a full-blown phenomenon.

“At that time, it was played at all the parties on campus, and everywhere,” Caiola said. “It was that song you couldn’t escape, and people seemed to get excited whenever the song came on.”

Au remembers Caiola coming to him with the idea of bringing the dance-club hymnal into Cameron, but the former band member hesitated to take credit for it. By his recollection, it was a group effort.

“It was kicked around, and then brought to Jeff,” Caiola said. “It came up the band leadership channel. Somebody said we should do this one, and we all agreed.”

Regardless of exactly who on the band’s executive committee approached him, whether it was Caiola, or the band’s president, Theresa Poulos—it may have even been a joint effort—Au took the advice of his students and wrote the arrangement himself.

“At first, I was skeptical actually, because I’d never heard of it,” Au said. “A student brought it to me, and said, ‘Jeff, we gotta play this. The Crazies will love it.’”

Any hesitation to play the song was washed away almost immediately. Historically, the Crazies don’t warm quickly to changes in their routine. However, that wasn’t the case this time.

“The response was pretty quick,” Au said. “It only took like two or three times playing it for them to get really into it.”

Soon after the song hit it big on game days, it was gifted a companion. The Crazies, feeding off the intensity of their new theme, choreographed a dance.

Within the first three or four performances, the fist pumps and jumps began to emerge. No dance moves were issued by the band—they occurred organically.

“I just remembered the slow clapping in the build up became pretty natural, and then everybody just loses it,” Caiola said. “It was a hit pretty quick, and a little later, it became locked into the late-game [situation].”

There’s perhaps no greater indicator of how deep the Crazies’ love for the song goes than what happened when the band pulled a fast one on the ever-dedicated fans.

By 2009, Caiola’s senior year, “Everytime We Touch” was already a big part of the Cameron experience. In a game against heated rival Maryland in January, the band started playing the anthem, as it had done dozens of times before. Only this time, something was different.

After finishing the intro, the band stopped abruptly and began to play Rick Astley’s 1987 hit, “Never Gonna Give You Up.” The Crazies, not in on the joke, continued jumping and singing “Everytime We Touch” for a few moments before realizing what had happened. They’d been Rick Roll’d.

The response? A sea of outstretched arms, hexing the band for its transgression. The following week, the Blue Devils played their next home game against Virginia. When the band began to play, the Crazies turned their back and stood silently. The message was clear—don’t mess with Cascada.

Neither Caiola nor Au said they ever imagined the song would become so popular. They recognized the slow build and exciting hook, but never thought it would take off the way it did.

“Even when we started playing it, nobody thought it would become a tradition,” Caiola said. “It goes with the excitement level, and Cameron Crazies are already known to jump without reason.”

For Au, the rapid acceptance of the dance track was strange. He still isn’t sure why it stuck while others fell out of favor.

“It’s just weird,” Au said. “You just never know which one is going to catch on. We do “Power” [by Kanye West], and the students like that okay, and “All of The Lights,” but that’s the one that somehow, for some reason, they just really get into.”

Caiola said he’s still surprised by the song’s longevity, but was excited to see that it’s still a Cameron mainstay.

“It fits the theme of the Crazies in sort of the fun,” he said. “It was just the right song at the right time.”

Caiola, now 28, and a resident of Philadelphia, played the song for the first time since he graduated in 2009 as a member of the Alumni Band for Duke’s game against Virginia Tech earlier this year. Even now, a decade after it started, he’s still proud to see the tradition going strong.

“I was watching on ESPN, and they were playing the song and I was like, ‘I can’t believe they’re still doing that,” Caiola said. “I still wonder how long it will go.” 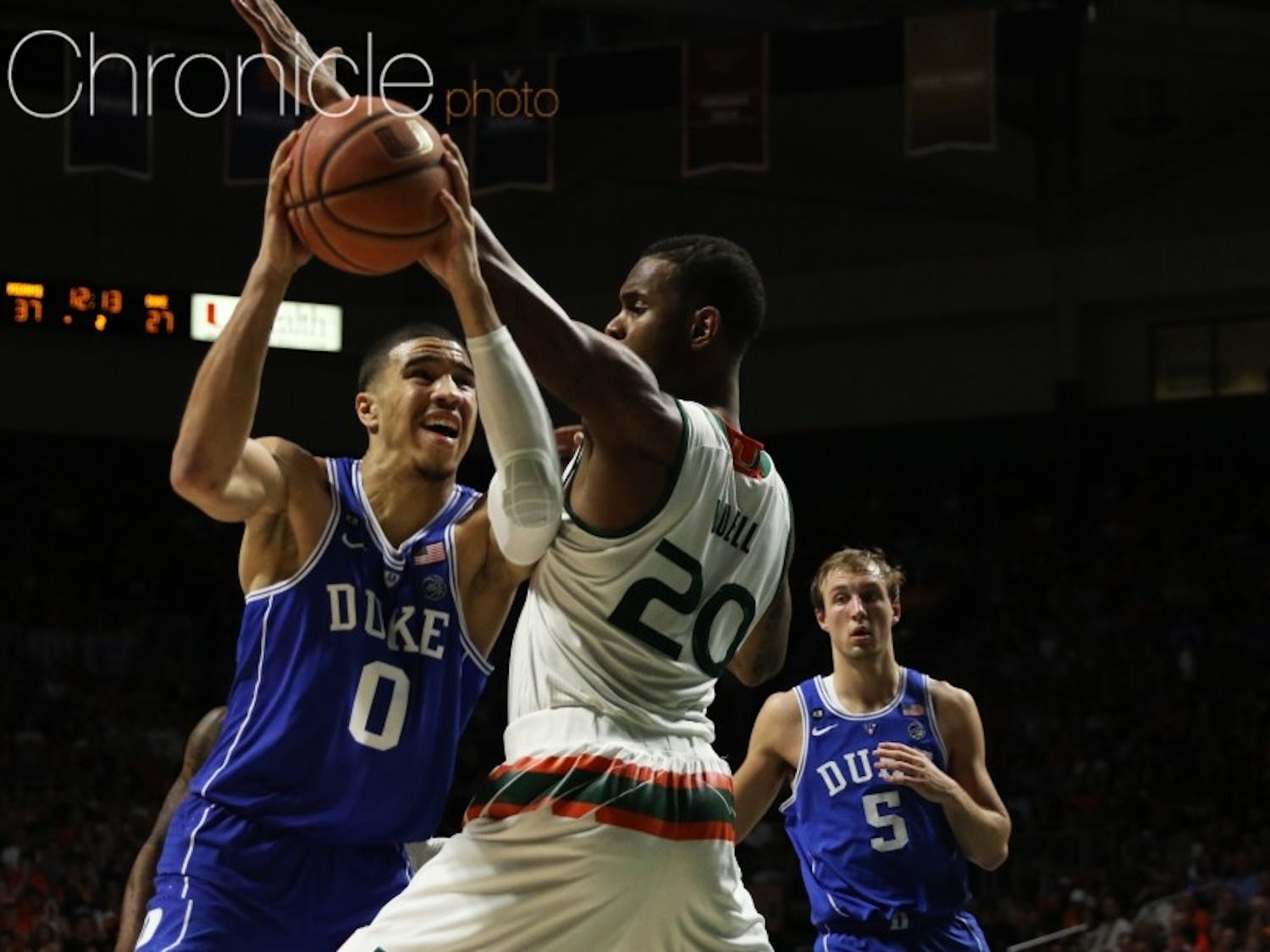 With a Blue Devil freshman selected in the top three of each of the last four drafts, Duke has grown accustomed to one of it own hearing his name called early on draft night. 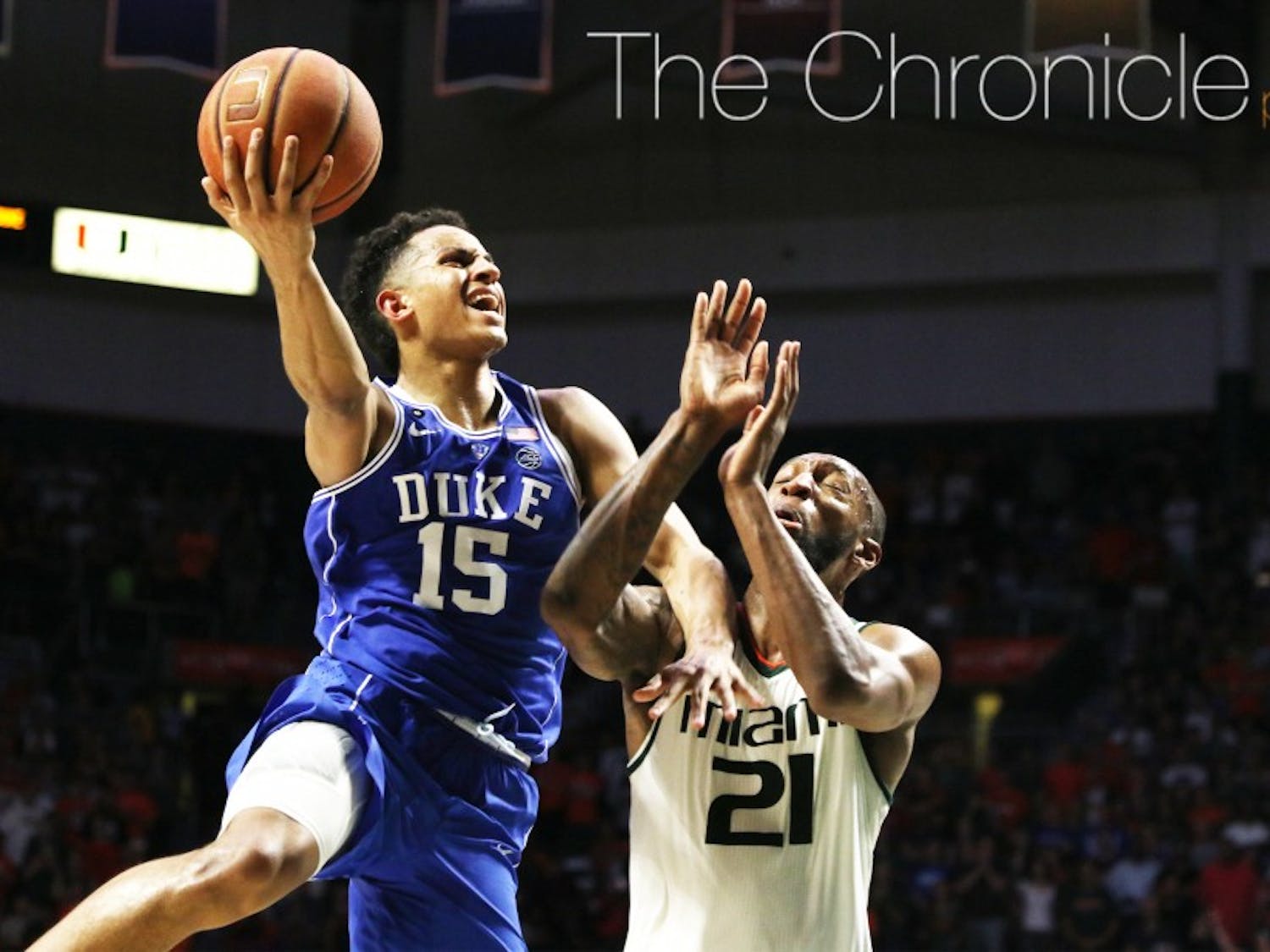 Frank Jackson will hire an agent, remain in the NBA Draft 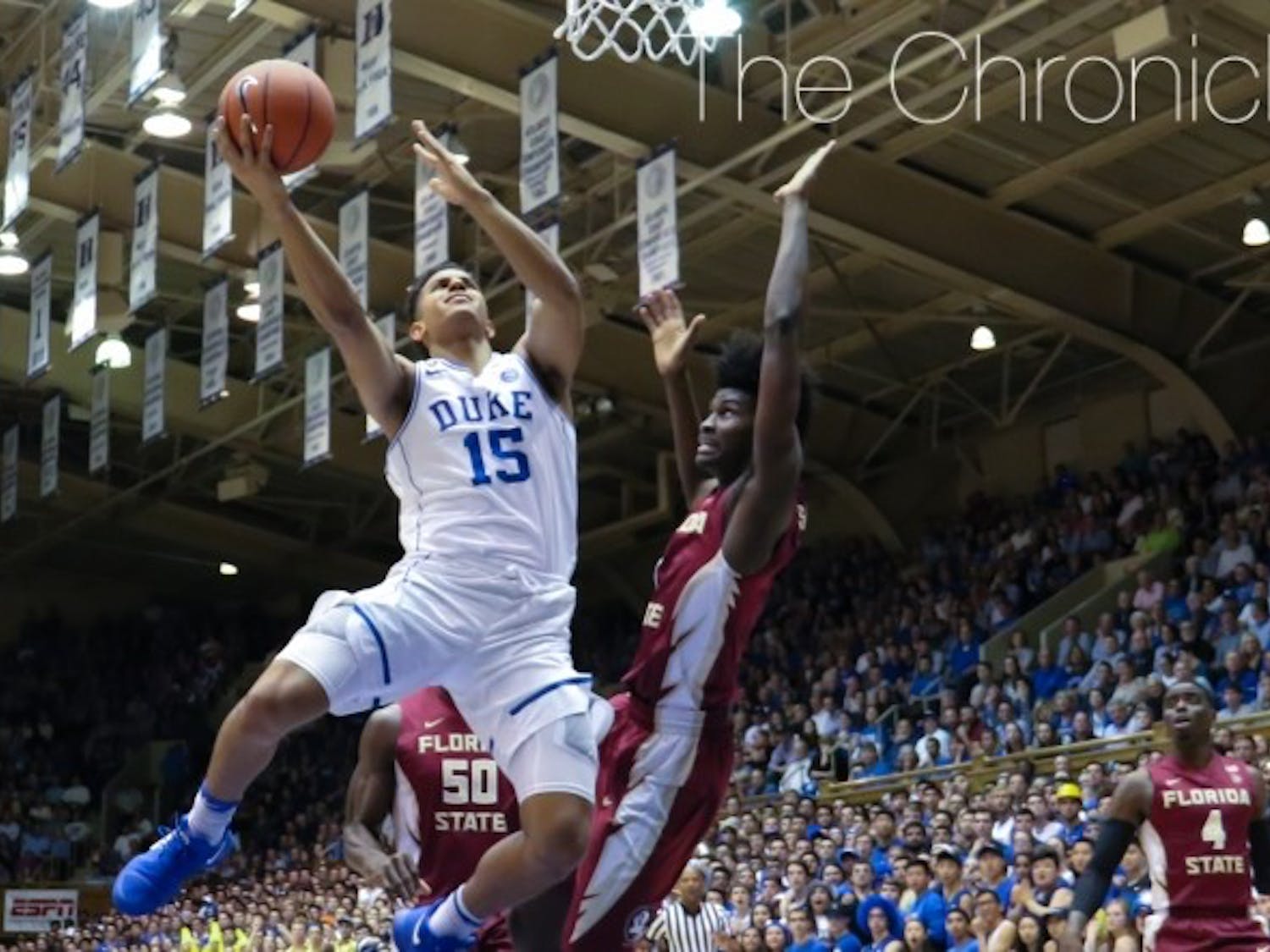 New NBA Draft rules implemented last year that let early entrants pull out after receiving feedback from professional teams and scouts, and for the first time, a Blue Devil will take advantage of that flexibility.