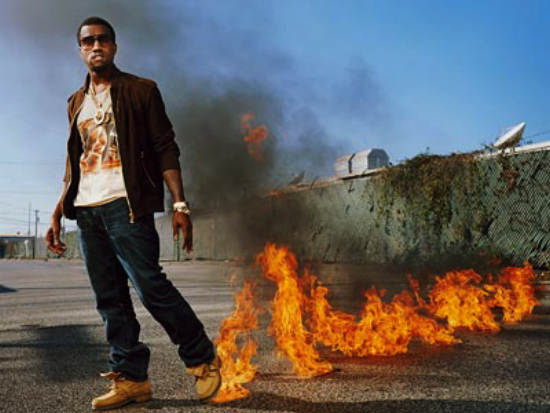 9. TV on the Radio. "Love Dog." Making a Top 10 songs list without some Dear Science, track is a lot like making it through middle school without having a really awkward encounter at a school dance: it's possible but not actually believable. There were at least five different Science, songs that could have made it on this list, but I went with the album's most abstract track and elusive. I would call it "haunting," but I hate that word. Let's go with "gripping" instead.

8. The Kooks. "See the Sun." I am not winning a lot of cool points with this track from what many have described as a formulaic album from a mediocre band. Nonetheless, "See the Sun" is an excellent track that blends together a variety of tempos and conflicting sentiments. Somehow, "See the Sun" shows us that even break-ups have the potential to be pretty good times.

7. Cocoon. "On My Way." Despite what my esteemed colleagues have claimed, Matt and Kim is not the cutest band making music today. Instead, that honor belongs to the Parisian duo of Cocoon. Although I am not entirely sure what this phrase means, I can only describe "On My Way" as a "pleasant romp." Listening to this song is like the first three weeks of a relationship: worry-free and full of snuggling. In what has to be the line of the year, lead singer Mark Daumil sings in an impeccable French accent, "I am such a coward/ I should win an award." Well done.

5. The Streets. "On the Edge of a Cliff." People who do not know how to swim should be careful when listening to Britain's The Streets (aka Mike Skinner). The man is so deep, you might drown. In "On the Edge of a Cliff" Skinner, who devotes much of Everything is Borrowed to reminding us that God does not exist, struggles with finding meaning in this Darwinian world. His answer comes in the simple fact that "For billions of years since the outset of time/ Every single one of your ancestors survived. / Every single person on your mom and dad's side successfully looked after and passed onto you life. / What are the chances of that like?" Mike Skinner is part rapper, part philosopher and always entertaining.

4. Kate Nash. "Pumpkin Soup." This list's British Invasion continues with Kate Nash, whose "Pumpkin Soup" is one of the most hypnotizing tracks of the year. I don't care if the chorus is "I just want your kiss, boy," listening to this song always gets me really excited and energized. I could only listen to one track this summer right before taking my GRE's. "Pumpkin Soup" was an easy choice.

3. Akon. "Right Now (Na Na Na)." If there were ever proof that Akon was a robot sent back in time to make impeccable dance music, this would be it. "Right Now (Na Na Na)".is so high on my list because not only can I not get the track out of my head, I honestly don't want to. At this point, I expect Akon to perform this one at my funeral.

2. The Virgins. "Love is Colder than Death." On their self-titled album, The Virgins have obviously saved the best for last. In a release filled with nonsensical pop musings, (She's expensive/ I can't stop myself from chasing") comes some much-welcomed honesty. The models-turn-rockers sing, "It's easy when it hurts/ So say goodbye/ We'll fall in love again/ Just give it time." For anyone going through a semester like the one our current recess editor just had, this one is an absolute necessity.

1. Kanye West. "Street Lights." Go ahead and roll your eyes. On "Street Lights," Kanye West illustrates how less can indeed be more. In a work with a simple beat, no verses and only five repetitions of the chorus, West creates a track that dually reflects his own struggle as an artist while also serving as a soundtrack for anyone in a reflective mood. West reveals, "I know my destination, but I'm just not there. Life's just not fair." According to my iTunes, I have listened to this song more than 40 times in the past three weeks and I still feel like I am missing something. Others might call "Street Lights" a collection of platitudes. I call it the song of the year.