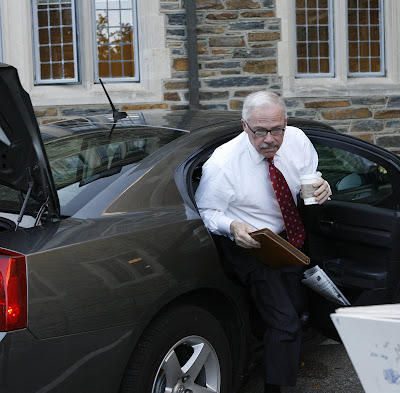 Or he may as well have. While the Libertarian Presidential Candidate spoke to a crowded room in Social Sciences, there may have been a much larger turnout—possibly filling Page Auditorium—if the event had been more aggressively advertised. Regardless, the press was in abundance, being represented by several television networks and several newspaper reporters and photographers.

After his introduction by Libertarian gubernatorial candidate and Duke professor Mike Munger, Barr explained failures of the two parties in two recent cases: the passage of the FISA amendments and the plethora of bailouts spilling out of Congress these days. In addition to these, Barr argued that neither party had any initiative to set real limits on the executive branch because each knew that it would be controlling the White House sooner or later. When Bush has told this Democratic Congress to do something, Barr said Congress has not only done it, but it has bent over and said: "Thank you, sir, may I have another?"

Overall, Barr was sharp (in both speech and dress) and articulate. His rhetoric was persuasive, in the vein of "a government by the people, for the people, of the people." His rhetorical figures were also backed up with examples.

Barr made the case that third parties have something to say that is consonant with the experiences of your typical citizen.

As an aside, Bob Barr shook my hand, and it was exhilarating. 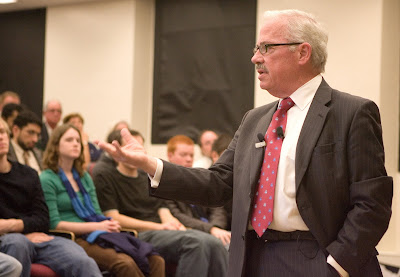 'All about the people on the team': Provost Sally Kornbluth reflects on nearly three decades at Duke, transition to MIT presidency