This August, a Duke alumna piloted the Coexist app to make living with a roommate easier. But after a preliminary marketing collaboration with Duke Student Government, student leaders determined that there was not sufficient student interest to continue promoting the app on campus.

Silvia Vieira, Trinity ’15, co-founded the app Coexist with the mission of making “housework more visible, organized, and consciously divided” for roommates. The idea for the app originated from her own experience at boarding school, at Duke and later in post-graduate life. After beginning her work on Coexist in July 2022 alongside her co-founder and CPO Stella Campo, Vieira reached out to DSG to help promote the app on campus. She had hoped to gain insight from students’ experiences.

After some preliminary coordination and a brief marketing period, DSG decided that they would not continue promoting the app.

Junior Shreya Joshi, vice president of campus life for DSG, felt that there wasn't strong enough desire for a roommate app within the undergraduate population. Instead, she saw a greater student interest for larger reforms to the roommate process on Duke's campus.

A collaboration with a new start-up was an uncommon move for DSG, which usually develops new programs internally or brings in existing programs. As Joshi explained, “some things get tested through DSG if it's something students are really into, but usually it's something we create ourselves.”

Vieira reached out to the resident coordinator in Hollows to promote the app. DSG hung flyers in residence facilities and posted about it on their Instagram. DSG also considered seeking feedback from groups of Duke students living off campus.

“It seemed like not very many people have used the app,” said Joshi, reflecting on a recent DSG meeting in which student leaders determined not to go forward promoting the app on-campus.

Vieira said that there are two main purposes for the app: setting the expectations for living together and coordinating housework and community building activities. Vieira identified that the group of people that could benefit the most from the app were those that have shared spaces, although she felt it could still be valuable to undergraduates living in dorms.

Joshi said that the app was more oriented towards apartment living, and thus “not totally pertinent to undergrads,” the majority of which live in dorms.

Instead, based off a student survey DSG conducted, Joshi thinks there is room for reforms to Duke’s wider roommate matching process, such as revamping the system and allowing easier reporting to the Office of Student Conduct. These are not functions that the Coexist app can perform.

While the app was not widely used by undergraduates, the Graduate & Professional Student Government was interested in the app. GPSG’s interest in the app is what initially sparked discussions between DSG and Coexist, per Joshi.

Larry Zheng, a senior living in Hollows and a Coexist user, met Vieira over the summer while they were working at a climate resilience start-up.

Vieira recommended that Zheng use the Coexist app with his three suitemates. According to Zheng, the app was useful for “the initial suite conversation where we talked out guidelines for living together."

Since then, he said he uses it about once a week to help delineate chores and tasks. Zheng said he would like “more granularity in scheduling recurring tasks” as well as more templates within the app for tasks and roommate agreements.

One of the biggest points of feedback that Vieira and her team have received is that users would like it to be a mobile app with push notification. As of now, it is an in-browser web app. This is a sentiment that Zheng echoed.

A mobile version of the app is set to launch in the next month, according to Vieira, who plans to continue soliciting user feedback, and hopes to eventually add features such as expense tracking, scheduling, meal planning and organizing events.

"Managing a shared space is hard work -- I learned that while at Duke, and it was a full-circle moment to work with Duke students. The research we conducted on campus will continue to inform our future enhancements. We've learned so much from this pilot program and we're busy building a mobile app that will include all of these learnings," Vieira wrote in an email to The Chronicle.

Editor's Note: This article was updated Friday afternoon to clarify that student interest, not engagement, in an app was low, according to DSG. 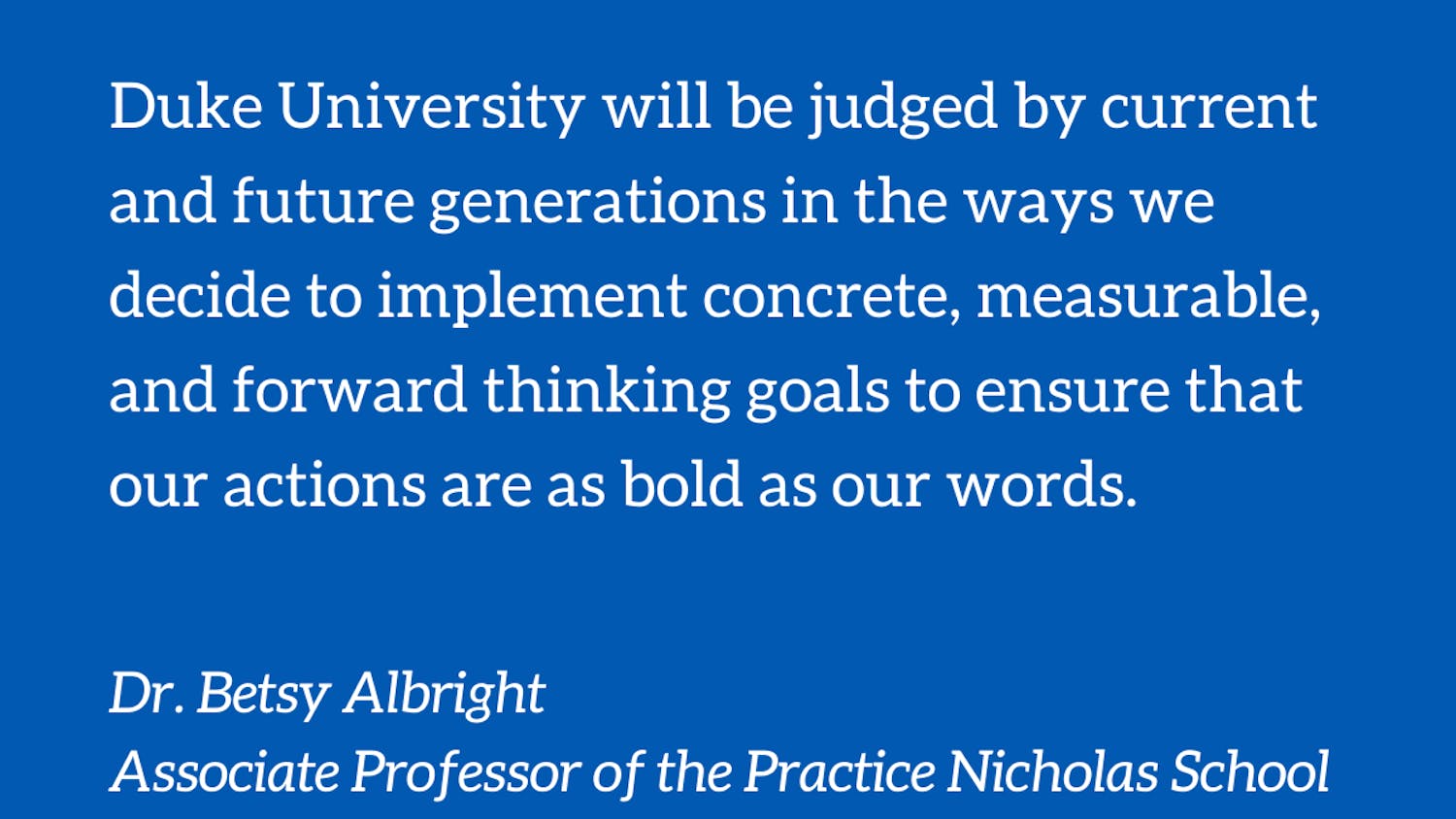