A man shot and killed by a Duke University police officer at Duke University Hospital Jan. 14 fired multiple shots after grabbing a Durham officer’s gun, according to transcripts of 911 calls obtained by The News & Observer.

The man, a patient in police custody in the emergency department, “attacked and injured” the Durham officer and took the gun, according to an official statement released by the University Jan. 15.

The Duke police officer arrived in response to an emergency call from healthcare staff, according to hospital officials. The officer saw the patient with “a loaded gun raised toward the Durham police officer,” which prompted the Duke officer to shoot the man, officials said.

In the first 911 call, made at 11:32 p.m., “two loud bangs” are heard as a woman tells a dispatcher that she has a patient in the emergency room, according to The N&O.

“God. He has a gun,” the woman said, according to the transcript. Then another “loud bang” is heard. She later confirms to the dispatcher that “a patient just fired his weapon.”

Seconds later, another caller said, “We have a patient that took a gun from a cop and he’s shooting.”

The caller added, “We need somebody ‘round here right now.” The dispatcher replied that officers were on their way.

The man was immediately treated by trauma staff, but did not survive. The Durham police officer was treated for injuries and released from the hospital, Sarah Avery, director of the Duke Health News Office, told The Chronicle Jan. 15. No patients or hospital staff were injured and hospital operations were not interrupted.

The Duke University Police Department contacted the North Carolina State Bureau of Investigation on the night of Jan. 14, as is commonplace for police shootings. SBI is currently investigating, Avery wrote to The Chronicle Jan. 15. The investigation results will be given to the Durham County district attorney.

Durham police officials have not said what the man was originally arrested for or if he faced any charges. Michael Schoenfeld, Duke vice president for public affairs and government relations, declined to comment to The N&O on why the man was being evaluated at the hospital and how he was able to obtain the Durham officer’s gun.

Both officers were reportedly wearing body cameras, but Lt. Randall Packard told The N&O last week that Durham police do not plan to petition for the release of footage. Schoenfeld declined to comment to The N&O on whether the University will seek release of footage, citing the SBI investigation. 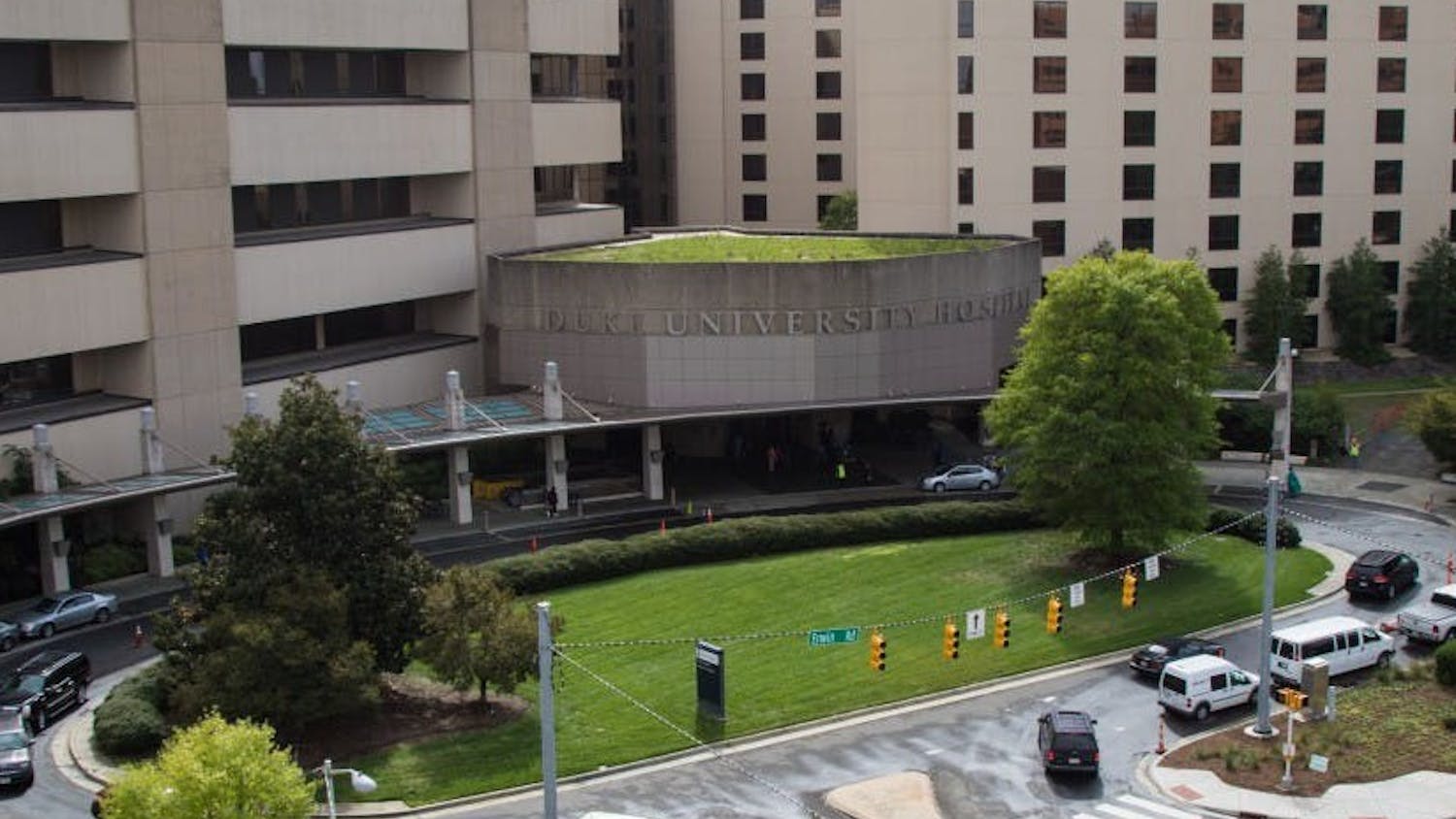 Bringing back the ‘palpable sense of Duke’: Meet Finn Brauer, the next DUU president

Words of wisdom: Class of 2022 graduates give guidance to incoming Blue Devils