'We don’t give up': Wrongful Convictions Clinic fights for man's liberation after 42 years in prison

Duke Law School’s Wrongful Convictions Clinic has successfully pursued the exoneration of six men, whose images and descriptions are displayed in their meeting room. The clinic may soon hang a seventh frame.

The clinic convenes in a snug meeting room, where 10 students sit around an oval table with their professors. The work that has occurred in this room is evident. Stacked boxes overflowing with files fill the corners of the room. Two bookcases that reach the ceiling face each other on opposite sides of the room, with years of research lining its shelves.

The walls are the clinic’s scrapbook: A framed cover of Towerview Magazine from May 2013 when the publication profiled the clinic, a plaque displaying a News & Observer article from the same year, and an oversized poster stating, “Wrongful Convictions Day.”

at least 4.1 percent of defendants who are sentenced to death in the United States are later proven to be innocent. In a country where more than 2 million people are behind bars, tens of thousands of people are imprisoned for crimes that they did not commit.

Before the clinic was created in 2007, Coleman and his students worked on Finch’s case as part of the Duke Law Innocence Project. The volunteer student group is a member of the national Innocence Network, an organization of law schools and public defense offices, fighting for innocent people who fell through the cracks of the criminal justice system.

Students in the Innocence Project conduct preliminary investigations of potentially innocent convicts before referring cases to the clinic.

The clinic’s most recent case began back in 1976. At around 9 p.m. on Feb. 13, Richard Linwood Holloman had turned out the lights in his gas station country store in Black Creek, N.C.

Coleman tells the story of what happened that night.

Three black men approached the store, one of them asking to buy some Alka-Seltzer. Holloman, holding a revolver, asked if he also wanted water. The man replied, “And your money, too.” He then pulled out a shotgun from under his coat and aimed it at Holloman.

Chief Deputy Tony Owens decided that Charles Ray Finch, a 37-year-old man who was playing poker at Tom Smith’s Shoeshine Stand at the time of the shooting, would be the felon convicted for first-degree murder.

Forty-two years later, Finch is still in prison, hoping that the Wrongful Convictions Clinic will soon help him regain his freedom.

In today’s class, Newman lectures on eyewitness identification and the complexities of memory.

“We half remember, half create,” Newman said.

Much of the research on eyewitness identification and memory, which shows that memory begins to deteriorate within the first week of encoding, had not been established during Finch’s original trial, Newman explained.

“The law had not caught up to the science. There is hard, trustworthy science that our cases haven’t completely reckoned with,” said Sarah Milkovich, a former clinic student and a member of the core team that worked on Finch’s case.

Lester Floyd Jones, a gas station employee who struggled with short-term memory loss and alcoholism, was the only eyewitness at the shooting, said Coleman.  Jones said that he did not get a good look at the shooter, but described him as a black male, around 35 years old, wearing a dark three-quarter length coat.

Owens later said in an evidentiary hearing that he took Finch’s coat and hat and put them on another man in the line-up, said Coleman. Yet, photographs showed that in all three line-ups, Finch was the only one wearing a coat.

Jones was white, while Finch was African American. Research explains that due to cross-race effect, error is much more likely to occur when the eyewitness is identifying someone of a different race.

“You see more of your own race and you recognize it more. So if you see someone of the opposite race, it’s harder for your brain to identify as accurately as you would someone of the same race,” said Eileen Ulate, a former clinic student who worked alongside Milkovich on Finch’s case.

Owens also asked Noble Harris, a frequent customer of Holloman’s store, whether he saw Finch at the night of the shooting. Harris said that he saw Finch outside the store during sunset. Astronomical charts showed that sunset occurred around 6 p.m. that evening, rather than around 9 p.m., when the incident occurred, said Coleman.

Record evidence shows that Owens and the prosecutor attempted to pressure Harris into testifying that he saw Finch at the time of the shooting, which Harris refused, according to the Fourth U.S. Circuit Court’s 2019 ruling.

In a 2003 updated affidavit, Harris said that he later had doubts about seeing Finch at all, but Owens and the prosecutor insisted that he retain his original testimony, the court’s ruling said.

“[Owens] came to the murder scene with Mr. Finch’s name already in his mind,” Coleman said. “He basically set out to try to develop evidence that pointed to Mr. Finch.”

In a review of the autopsy, Dr. John D. Butts, North Carolina’s chief medical examiner at the time, also stated that the wounds in Holloman’s body were that of a handgun, rather than the shotgun that Jones claimed in his testimony, the ruling said.

‘The facts can always be challenged’

A team of Duke students and professors began investigating Finch’s case in 2001. They wrote to every major state elected official, requesting a review of Finch’s case.

In 2015, the clinic helped Finch file a petition for habeas corpus, a legal recourse that calls for the reexamination of the legality of his imprisonment.

The U.S. District Court for the Eastern District of North Carolina denied the petition, citing the one-year statute of limitations. The U.S. statute states that a habeas petition should be filed within one year of the conviction, according to a Duke Law press release about the case.

“The state holds onto a conviction like no other,” Ulate said. “It’s a flaw that a mistake happened in the first place. It’s a bigger flaw how hard it is to correct the mistake.”

When Ulate was just a bright-eyed law school applicant, she knew she wanted to attend a school that was part of the Innocence Network.

Ulate volunteered in the Duke Law Innocence Project for a year before qualifying to enroll in the clinic course as a second-year law student.

Ulate has grown considerably since her first day working on Finch’s case in the clinic. She has learned that the criminal justice system can be obstinate, the law is only as good as the people who created it, and the importance of being a “skeptic and creative lawyer.”

“What’s in the record might not be the truth. The facts can always be challenged,” Ulate said. “Just because what seems like the easiest path isn’t provided...it doesn’t mean there’s not another option. We never give up on our clients. Our clients don’t give up, so we don’t give up.”

In November, Coleman presented oral arguments before the U.S. Court of Appeals for the Fourth Circuit, appealing on Finch’s behalf after the district court setback.

“The Fourth Circuit was the first time judges have honestly looked at the facts, as opposed to looking at the technical issues involving the law, and not the facts,” Coleman said.

Finch and the Duke Law team are now waiting for a decision from the attorney general, who may choose to release Finch without a full court hearing.

Finch is now an 80-year-old man in a wheelchair.

Sarah Milkovich sat next to Finch’s son and brother at oral arguments, recalling a powerful moment in the proceeding.

When the opposing counsel mentioned how long Finch had been in prison, the chief judge said, “40 years.”

From an observer’s bench, Finch’s son corrected the judge. “42 years,” he said.

The judge then asked for a moment of silence in the court to allow the gravity of all that time to sink in.

“For his son, it wasn’t just some abstract large number. It was 42 years, 42 birthdays, 42 Christmases that his dad hadn’t been there,” said Milkovich. “It was 42 years of a life.”

Milkovich said that the lessons gained in the clinic will follow her through the rest of her law career and personal life. In her last semester of law school, she said she plans to continue fighting for Finch until he is free.

With the creativity and conviction of Milkovich, Ulate and students in the clinic, Finch’s son just might be able to stop counting at 42. 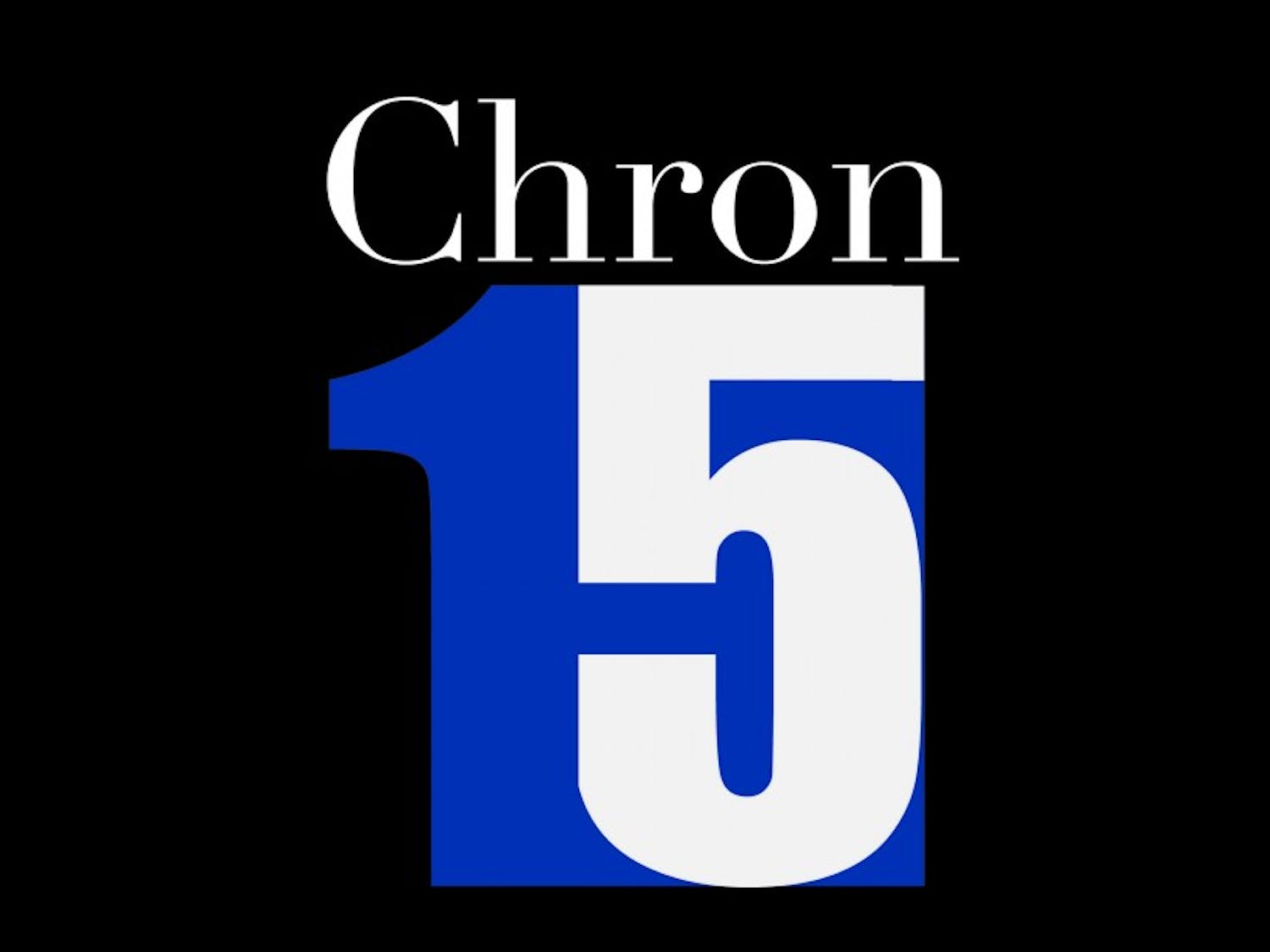 Submitted by readers and divided among three categories—pioneers, leaders and icons—our selections are all individuals or groups defining what it means to be a member of the Duke community in 2019. To read more about Chron15, click here. 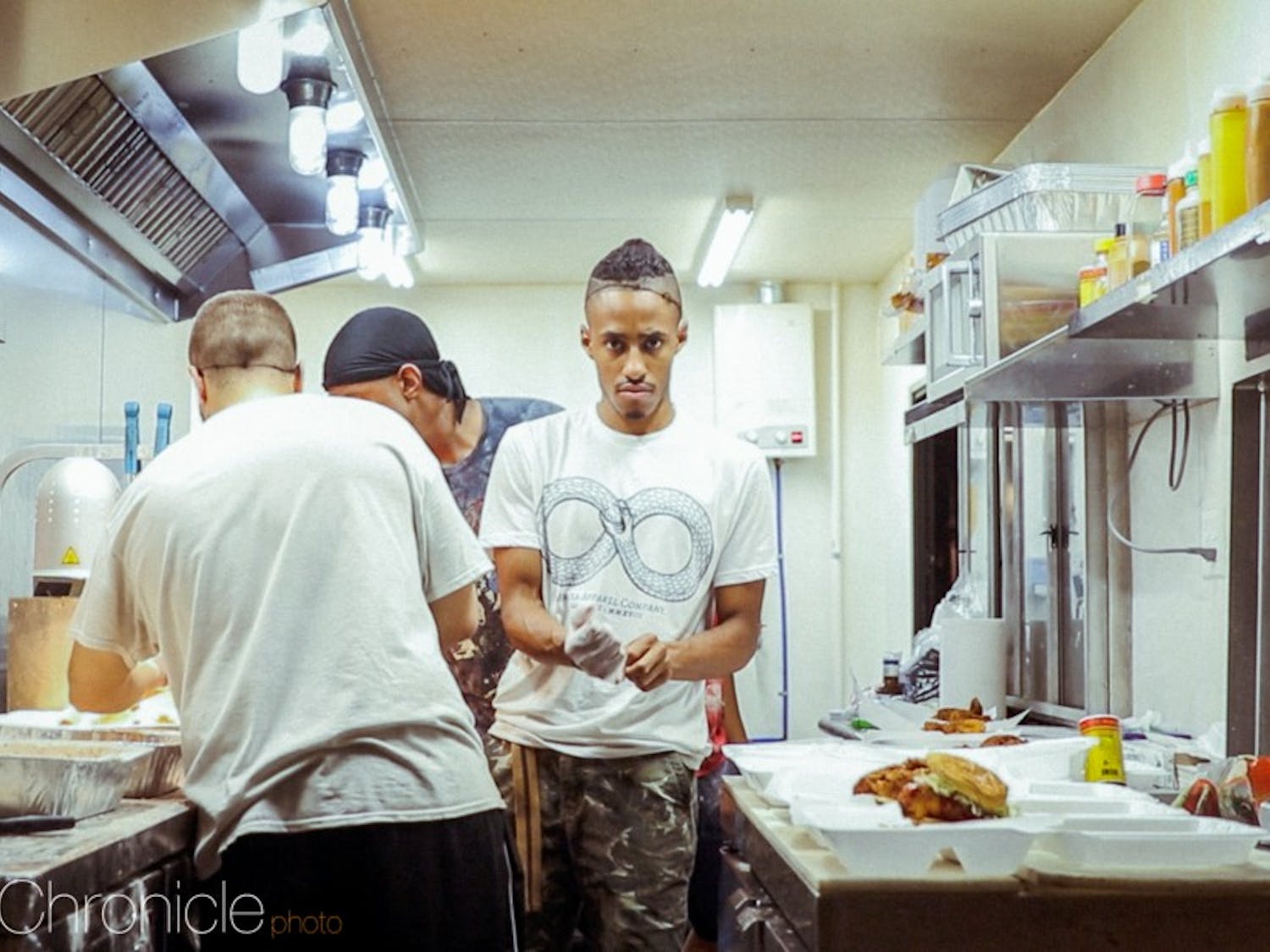 Flourishing in a food truck: Ian Burris and the Dankery rise together

A block down from Duke’s East Campus, a nondescript white food truck sits behind a bar. Its owner is really, really excited about chicken tenders. 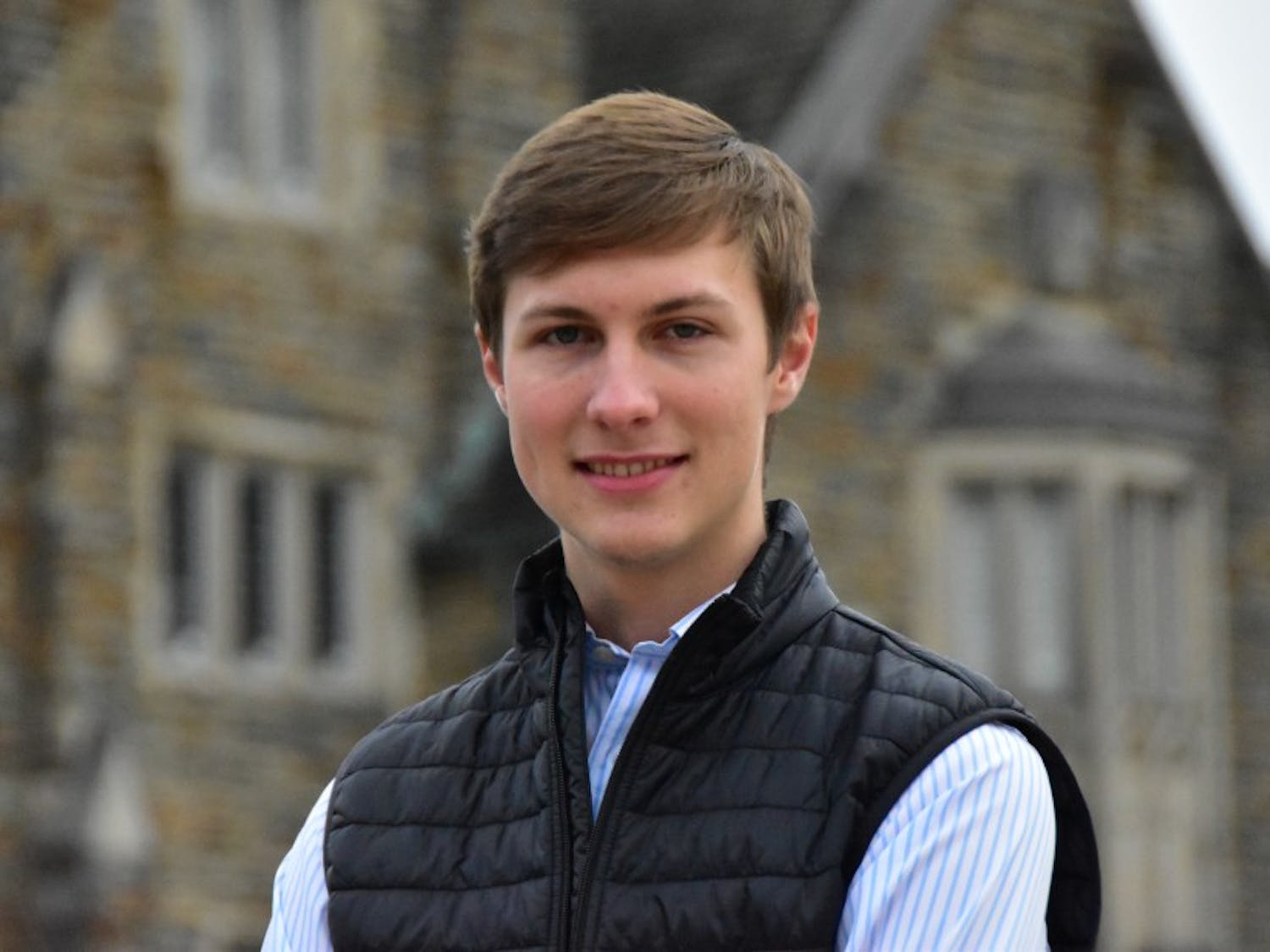 How the Jailbreak computer game made sophomore Alex Balfanz millions