'My brain thinks in memes': The story behind the Duke Memes for Gothicc Teens Facebook page

Love it or hate it, you have probably heard about the Duke Memes for Gothicc Teens Facebook page. Having amassed more than 13,000 followers, the page is a platform for Duke students to post and interact with a range of memes since its inception in 2016. It is part of a growing cultural phenomenon among elite colleges, an arms race to have the most thriving college-specific meme page.

"A lot of the memes are pretty meme-orable,” first-year Mariusz Derezinski-Choo said, smiling at his own pun.

'People are getting better at making memes'

The now iconic staple of Duke culture was founded in 2016 by junior Will Ye and senior Yoon Ko.

The creation coincided with the falling popularity of the anonymous messaging app Yik Yak, which was popular on many college campuses. Duke students used the app to identify events on campus such as the Randolph pizza box fire of 2015 as well as racist and homophobic hate speech. However, it was also used to target individual students, as the app allowed completely anonymous posting.

Meme content runs the gamut from all too common Duke experiences—edgy procrastinators putting off work, missing friends who are studying abroad, very low friction on campus, Duke basketball, the uniformity of Duke students, or majors described by vines—to critiques of Duke as found in the meme about Duke’s pipeline to consulting, the 25 cent drinks at West Union, students leaving before hurricanes and more. The memes page serves as a humorous vehicle for Duke students to interact with a nebulous culture.

“A good meme makes a connection between a recognizable image and something everyone can relate to,” said junior Clayton Delp, a meme contributor and the creator of the Duke memes page cover art. “I see things sometimes that I think of as stock meme material, that are extremely meme-able like the Perkins PDA signs, or you see a gargoyle on campus and that would make a good reaction.”

Delp said when he saw Hurricane Florence's path, he knew it would make a good meme. Delp’s meme instinct proved correct. He linked the storm’s circuitous path to the way Duke students deftly skirt groups tabling on the BC plaza. It quickly amassed over 1,000 reacts.

Delp is not alone in perceiving the world through meme-able content.

The good, the bad and the funny

There are many different types of memes, including the the pitiful photoshop fails, which are “so bad they’re good,” Delp said. There are the wry memes, the ones that tug your chapped lips into a smile. If it’s especially poignant, you might giggle softly, just loud enough to get the stink-eye from the other people in the absolute quiet zone on the third floor of Perkins.

Derezinski-Choo honed in on a third category of memes, the “pretty intense roasts of Duke culture.”

“Roasting is the most influential part of the meme page because it forces students to look at Duke from a different perspective,” said Milanfar. “I know I’m a hypocrite about some of the issues of Duke’s social culture and it always makes it easier to be critical of the paradoxes of my life if I can laugh about them. I love to laugh at myself and I love memes that roast me.”

One meme, a photoshop of Daryl from The Office next to a poster about workplace accidents, reads “this campus has worked 0 days without a racism.” While the meme highlights a recurring problem on campus, what’s most interesting about this meme is the comment section. Various contributors link to The Chronicle's articles detailing each of Duke’s racist incidents and continue to make the April 27 meme relevant.

“It’s really funny to see the meme bumped up, even though it’s a serious context,” Ye said. “I think bumping is a really interesting mechanic on Facebook. A lot of memes that are created then get buried and become relevant again, so other people comment on it and bump it [to the top of the page].”

While predominantly humorous, memes can be a way to broach pressing issues students might not otherwise feel comfortable talking about.

“Race on campus is an important conversation and I think it scares a lot of people. Do you think the fact that we have an introduction through the memes page serves as a basis for conversation or merely trivializes the issue?” asked first-year student Ishaan Kumar.

Derezinski-Choo feels that it trivializes a lot of real things like racism on campus, and it creates humor out of things that should be talked about more seriously.

“In my opinion, it acts as a superficial demonstration of Duke culture," Kumar said. "Drawing humor from the superficial aspects of Duke, the meme page fails to be truly ‘edgy’ and tackle the real issues on campus, for example the Racial Bias Policy. One of the earliest memes I saw was the mock student resume, which painted a very homogenous picture of Duke.”

He also noted a meme that calls out Duke students who perpetuate the ‘Duke culture’ they claim to hate. This linked to a Chronicle opinion piece about the negative effects of exclusivity and the ‘work hard, play hard’ ethic.

The meme page also fosters a sense of community. The Facebook group is a place where the tired, hungry masses of Duke students yearning to break free from the ills of “Duke culture” can find other people who see the world as they do and laugh about it.

In Tolstoy's book "What is Art?," he concludes, “art... is when one man… hands on to others feelings he has lived through, and others are infected by these feelings and also experience them.” Memes, arguably millennials' art medium of choice, are a way of gift-wrapping otherwise inexpressible Duke experiences and passing them along to others.

Traditionally, memes are units for carrying cultural ideas, symbols or practices that are spread from person to person. Internet memes specifically are often presented as humorous mimicries that spread cultural phenomena on the internet.

In your endless scrolling, you may have overlooked the cover art at the top of the Duke memes page. The work of art was created by Delp. Like a good Dutch still life dripping in symbolism, Delp’s cover art pulls together symbols of life at Duke.

The work’s crown jewel, also the crown jewel of Duke basketball, is head coach Mike Krzyzewski. He has a halo because we deify him, Delp said. Delp paid attention to every detail, selecting culturally significant fonts. For example, "Teens" is in comic sans because it is a very youthful font. Delp left no slab of marble unturned, tastefully including accent details.

“There’s this sort of foliage-looking thing because Duke’s a very extra school. Duke Memes for Gothicc Teens obviously has the little pitchforks inside because of the Blue Devils,” Delp said. He added the “squirrel because of all of the trees and the very domesticated squirrels on our campus.” There’s also the lemur for the Lemur Center.

Delp said that if he were to do the piece over, he probably would include an outline of Nugget, the lovable golden retriever that absorbs angsty Duke students' stress around campus.

The page currently displays Delp’s Halloween-themed cover art. He changed Coach K’s halo to a pumpkin, added a blood-tipped knife and a blood splatter over a faint print of ‘Quantitative Studies'—“because QS scares me,” Delp said.

The memes page is not limited to image-text memes. Some artful contributors even take the time to create video montages. One notable montage created by Ye and senior Molly Chen mashes sights of Duke with the classic Office theme song.

To continue this metaphor about the Office, Pam’s talking head at the end of the series gets at the essence of the meme page, which magnifies pieces of Duke life that are taken for granted. As Pam explains, “there’s a lot of beauty in everyday life. Isn’t that kind of the point?”

Correction: An earlier version of this story introduced Yoon Ko as a junior, not a senior. The Chronicle regrets the error. 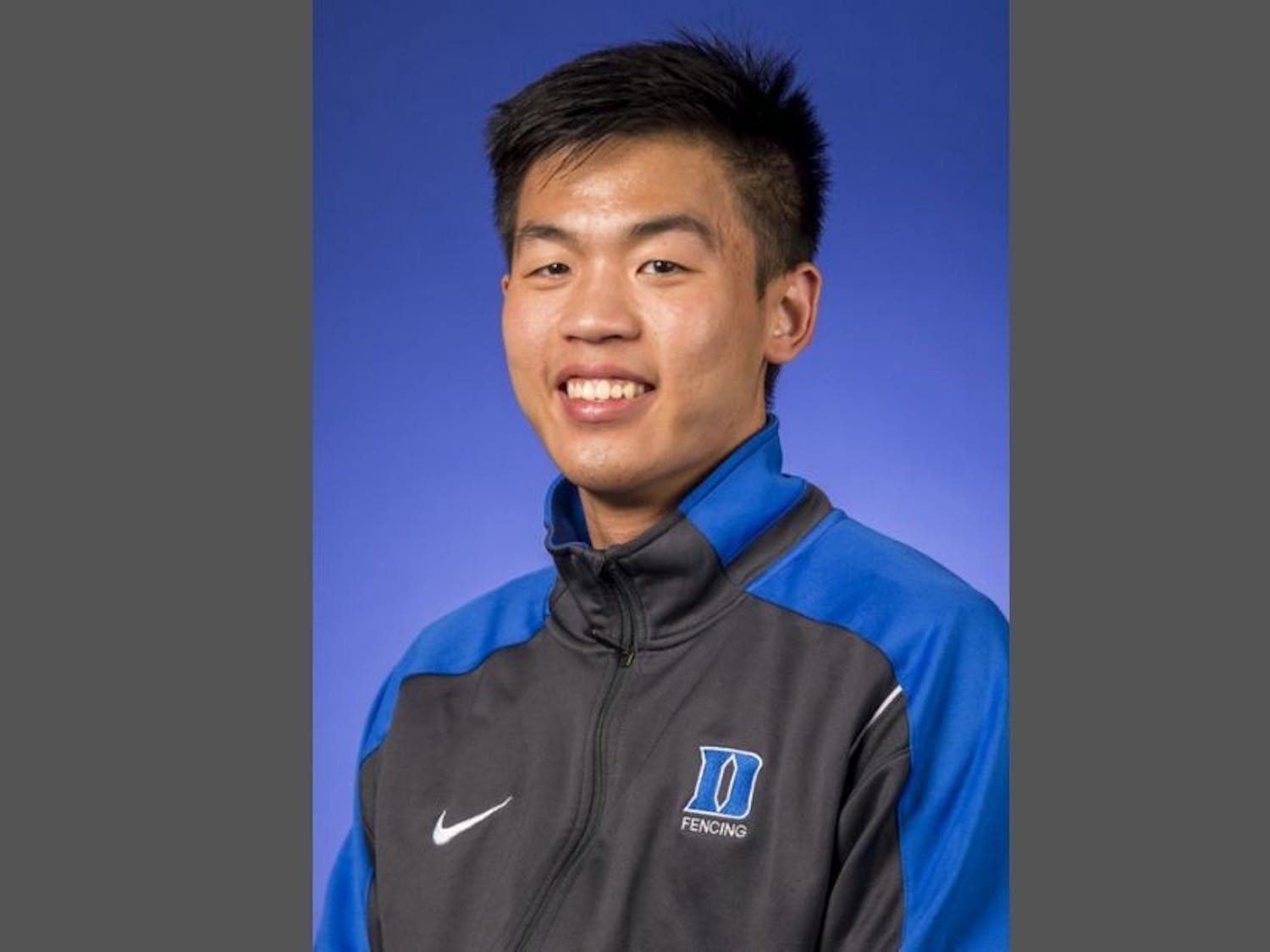 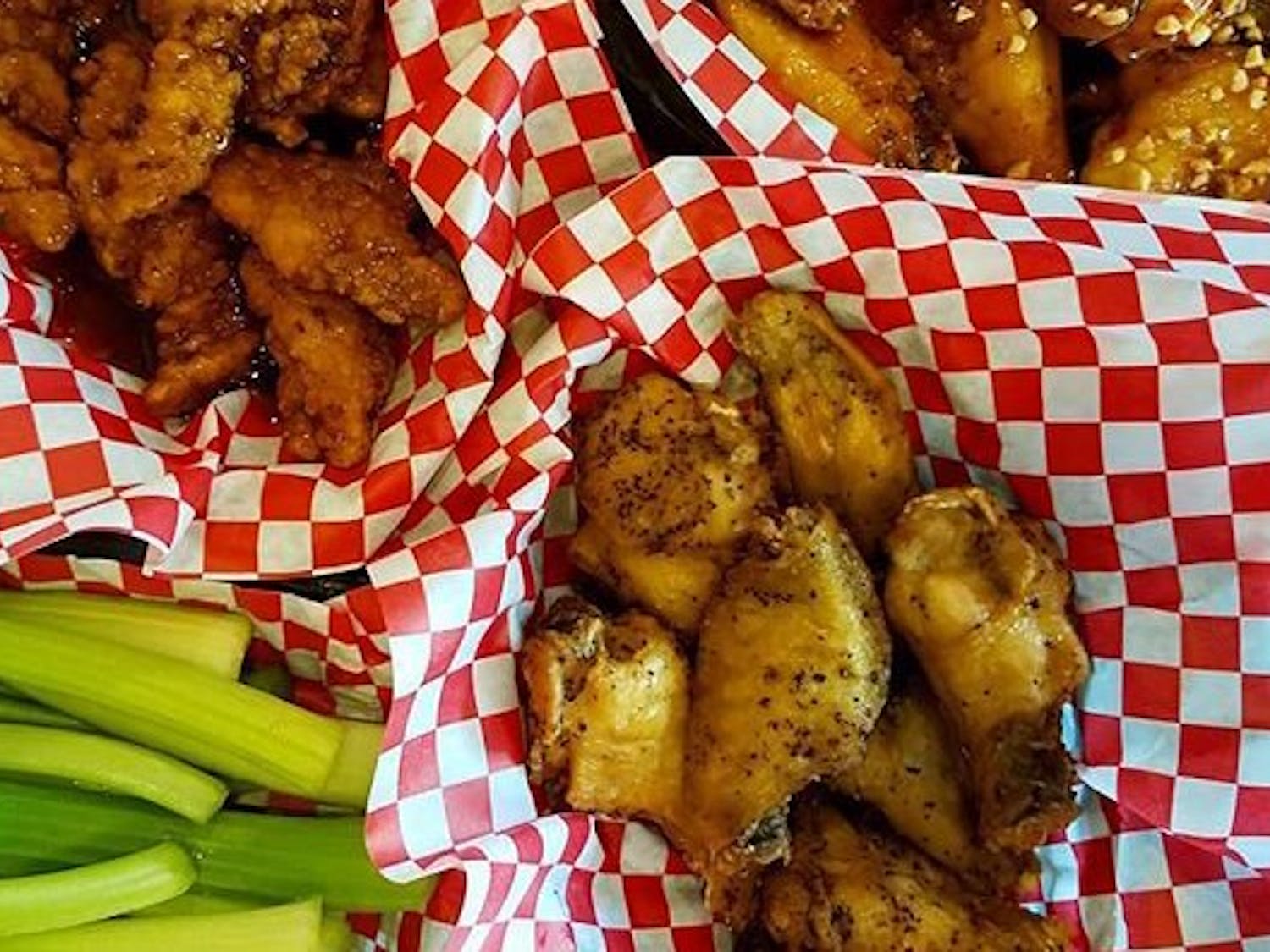 Heavenly Buffaloes goes by many different nicknames on campus, but owners Mark Dundas and Dain Phelan prefer to call it the best spot in town. 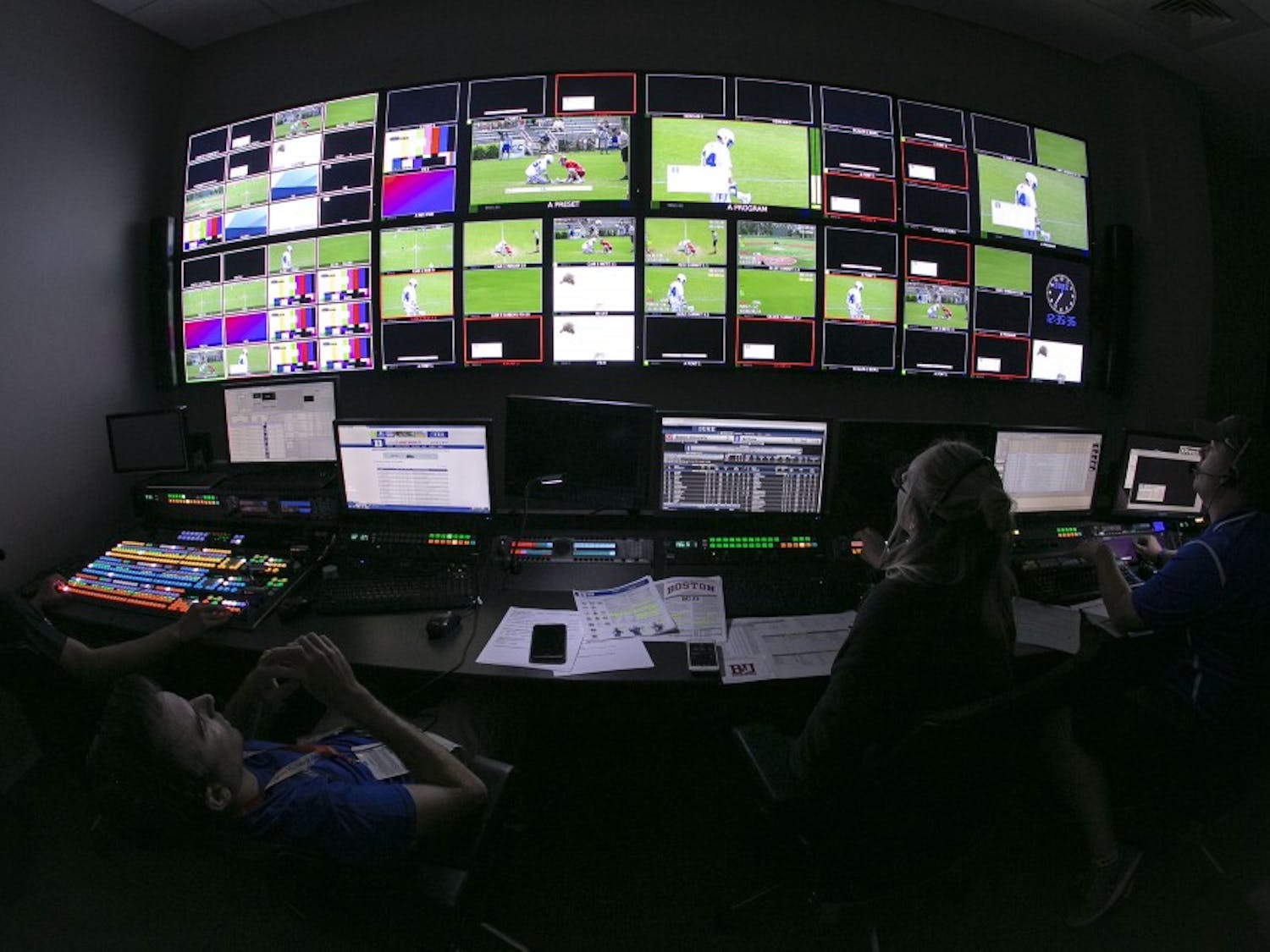 'Ahead of the curve': How Duke is readying for the start of the ACC Network era

Kevin White, Duke vice president and director of athletics, had made sure his university was going to be out in front.