Inside the life of Duke's first lady

Cindy Brodhead makes her mark at Duke and in Durham

Cindy Brodhead knows how to throw a party.

Tucked away behind the football stadium and Blue Zone, the Hart House—where the Brodheads have lived for the majority of their 13 years at Duke—has three giant tents filled with sharp linen tablecloths and blossoming peonies on the afternoon I visit. Decorators and caterers scurry about, occasionally receiving nods of approval from Cindy as she positions centerpieces and table settings.

There’s not a wedding or graduation celebration approaching—it’s simply a typical Tuesday afternoon for Cindy, who has opened up her home for the Duke community, so often that the Brodheads built an additional parking lot and a separate catering kitchen. The event she is currently setting up for is one of a series of thank-you dinners for donors to the Duke Forward fundraising campaign.

“Our goal is to have as many kinds of events here as we can—student, alumni, community groups,” she said. “To get a lot of people in the house and to make people feel that it’s Duke’s house, it’s their house.”

See our other Brodhead coverage:

In the eye of the storm: The trials of President Richard Brodhead

Cindy said she loves connecting people at parties, bridging gaps between often disparate figures to create friendships and even partnerships.

“There’s a real connecting role that has been fun for me,” she said. “Introducing people and finding out two weeks later they met again and hit it off and are going to be working on something really important and interesting—that’s the best.”

But Cindy is not just a party planner. She has a master's degree in English literature from Yale, where she met Brodhead, and earned her law degree from the University of Connecticut. She practiced law in Connecticut for many years before moving to Durham.

Cindy explained that when they moved to Durham from Connecticut, she decided not to start from scratch in North Carolina law, opting instead to immerse herself in Duke.

“I had seen some role models in the role of presidential spouse and had come to believe that that was a very important support role,” she said. “I like people, I love the life of a university. So I really wanted to kind of be all in on that, and I saw this role as a way of really getting to know the university, absorbing its values and excitements and then representing its values to the rest of the world.”

While Brodhead sometimes speaks with the lofty rhetoric of an academic, Cindy speaks more bluntly, like the lawyer she is by training.

“I was a lawyer all my life, I was constantly out in the community,” she said. “I was outwardly facing—I’m not an academic, I’m not a teacher.”

Although she made the decision to stop practicing law when she moved to Durham, she has managed to make a name for herself through her volunteer activities.

Right now, she is heavily involved with advisory boards for the Nasher Museum of Art and the East Durham Children’s Initiative. She previously served on a board for the Carolina Ballet—the arts are a particular passion for her, she said.

Cindy also sits at the helm of the advisory board for the Duke Gardens and will soon lead its capital campaign. The Gardens have long held a special place in the Brodheads’ hearts, said William LeFevre, executive director of the Gardens and a friend of the couple. Cindy first got involved with the gardens by volunteering to plant flowers—an activity she called “therapeutic.”

“She’d be up to her knees in dirt,” said LeFevre, who described Cindy as a “doer” who doesn’t fit “the old model of just the president’s wife.”

But if you’re going to classify Cindy as a “president’s wife,” she’s still in a category of her own, said Terry Chambliss, director of special events and university ceremonies, who works with the Brodheads to plan their many events.

“There have been wonderful spouses of presidents at Duke, but she really has gone that extra mile to make a mark and get involved and get to know people,” Chambliss said.

During an interview with The Chronicle in November, President Brodhead said Cindy chose to take an “active role” as a presidential spouse—something that not everyone in a similar situation chooses to do.

Cindy’s role models include the spouses of presidents she’s met through the American Association of Universities, a group of 62 public and universities whose leaders meet in Washington, D.C. each year. Mostly, Cindy said, the presidents are men and their spouses are women, but she noted that’s increasingly changing. From the spouses, she’s seen the way different people accept and fulfill the role, Cindy said.

“She has made her mark and is not just following in his footsteps,” Chambliss said. “She has truly been a leader.”

Yet her life is inexplicably tied to President Brodhead’s, not just through their marriage vows but a shared commitment to Duke as an institution.

Cindy described her trips around the world with President Brodhead to DukeEngage sites in Uganda and Dublin and cities across the United States to meet alumni during the Duke Forward campaign. She was at Duke-NUS Medical School infor its first graduating class and toured Duke Kunshan University in its early stages.

The Brodheads are very clearly a partnership, said Ruth Ross, Trinity ‘68, who was on the search committee that chose President Brodhead and has became a friend of Cindy’s over the years.

“They both have a great commitment to higher education, and I think she has been a wonderful asset,” Ross said. “I think he has been very supportive of her and her time commitments.”

The hardest thing he’s gone through as president? She says that’s an easy one—the lacrosse scandal, by far.

The drama certainly took a toll on both of them, she said. But hard situations were nothing new to either. With Cindy working as a lawyer and President Brodhead serving as a dean of Yale for 11 years, they had encountered their fair share of terrible events and circumstances, which Cindy said “just have to be faced up to and dealt with.”

“I thought when we came here that we’d seen every kind of terrible there was,” she said. “That turned out not to be true.”

Her solution to handling the curveballs is simply to soldier on. She doesn’t want to dwell on lacrosse, a matter put to rest long ago. Her description of that era in Brodhead’s presidency is ended with “what doesn’t kill you makes you stronger.”

Even after handling that, President Brodhead’s tenure wasn’t exactly easy, and Cindy said that throughout his time at Duke, he’s become even more calm in the face of adversity.

Brodhead certainly received negative feedback for his handling of lacrosse but Cindy said that aspect of his life hasn’t reached her. She never hears criticism of either herself or President Brodhead, she said.

People don’t even criticize her husband in front of her—then again, they might realize it wouldn’t do them any good, she said.

Some view Cindy as a way to get something from Duke like money, noted Barker French, a Duke alum who founded and chairs the East Durham Children’s Initiative, a program which Cindy has been involved with that creates a pipeline of services for children from birth to college or career. But she has much more to offer than that, he said.

“She is a really great rep for Duke by virtue of what she does for the community.”

Soon, people won’t pursue Cindy for her influence at Duke—the end of President Brodhead’s tenure is quickly approaching, and Vincent Price is preparing to assume the role.

Cindy said that she’s become acquainted with the Prices—whom she thinks will be great for Duke—during their trips to Durham. While President Brodhead has worked with Vincent to ready him for Duke’s top position, Cindy has spent time with his wife Annette, showing her the Hart House and talking with her about what she might do with it when they move in this summer.

She also has advice for Annette as the wife of a president, but those tips remain between the two of them.

“You know you have to be careful about giving people advice because the main thing about this role is that everyone will do it differently, but I do have pieces of advice,” Cindy said.

She’ll certainly miss living in the Hart House, with its voluminous outdoor space, study room with built-in bookshelves, staff of caterers and florists ready to transform it into the perfect party destination at a moment’s notice. And more importantly, memories of holidays spent with loved ones and friends in their haven within Duke’s campus.

When talking about the future, Cindy admits that she and her husband are kind of bad at planning. For past 13 years, life has come at them, and they’ve had to react.

“There’s always just so much on offer to do that we can select the things we would like to do,” she said. “But now we have to figure out.”

They might travel, they’ll definitely spend time with their new granddaughter. And President Brodhead has said in the past that they will continue to be part of Duke life.

“Dick has had such an absorbing career and such all absorbing roles for the past 25 years,” she said. “I think we’ll just step back a bit and try to regain a perspective of the broader world.” 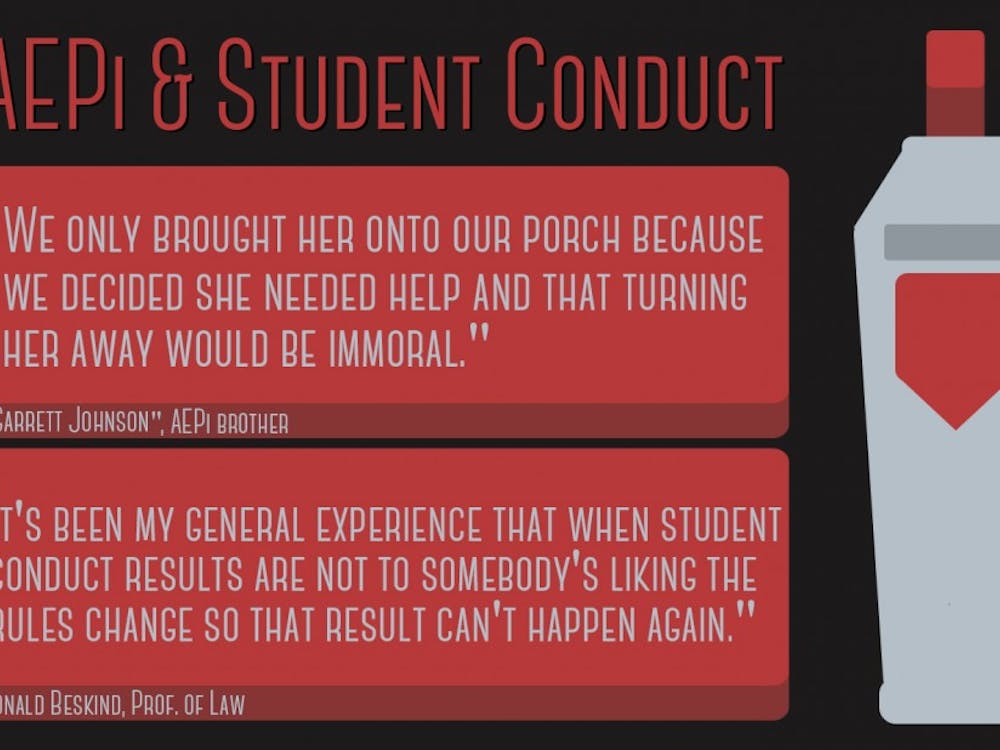 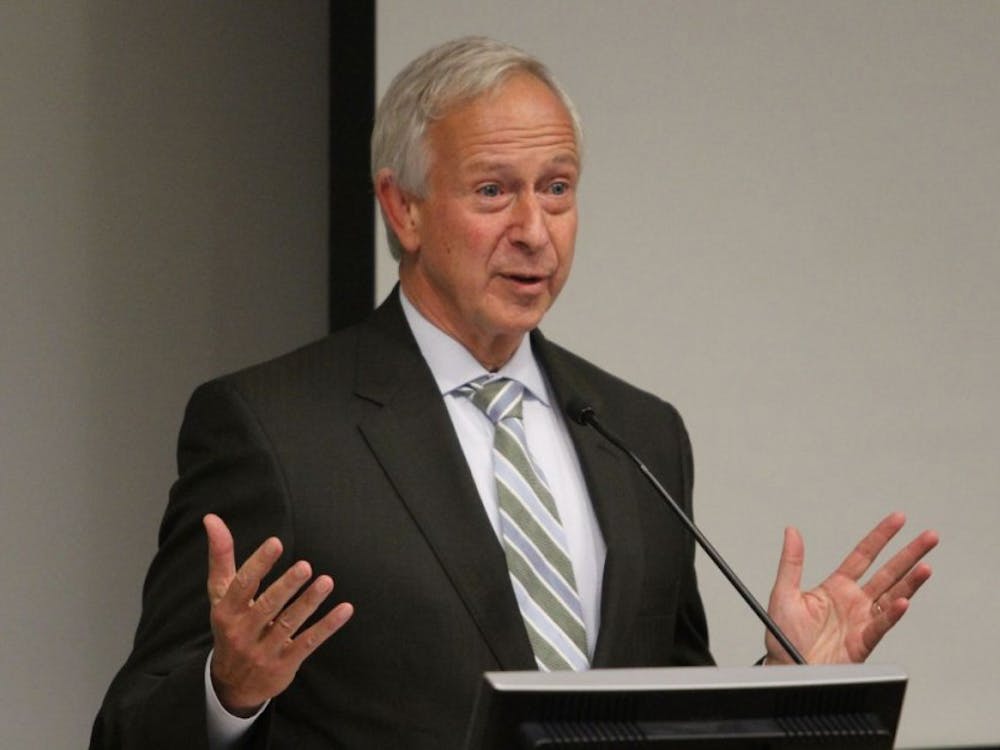 When President Richard Brodhead arrived on Duke’s campus in 2004, the Nasher Museum of Art was still a construction site.