Last fall, Duke Dining facilities experienced staffing shortages caused by the pandemic, following national shortage trends. Since then, the University has seen a post-pandemic return to normal in the classroom and on-campus.

But for some service workers, a year hasn’t led to much change. Even as Duke instituted a minimum wage increase earlier this year, some say they still feel overworked and underappreciated.

Sprout employees Ilse Gonzales and Maria Elena Cantu said that many Brodhead Center employees lost their jobs during the pandemic. Sprout is a vendor at the Brodhead Center, and all employees are contract workers. Now that students have returned to campus, the remaining employees struggle to keep up with the heightened workload.

“We’re understaffed, now people have to work twice as hard as they did before,” Gonzales explained.

As of 2017, the Brodhead Center had 150 staffers, according to Foodservice Equipment & Supplies.

When asked how many staff members are employed this year, Robert Coffey, executive director for Duke Dining, did not provide a number and responded with the following statement: “Like many organizations, Duke Dining and our vendors are feeling the effects of the nationwide labor shortage. Duke was proactive in addressing this labor crisis by increasing the starting wage by 13%, but we’re still working to recruit and retain new team members.”

According to Coffey, Duke Dining hopes to alleviate staffing shortages “as soon as possible."

But Gonzales and Cantu said that the increased workload partly stems from Duke increasing its employee minimum wage from $15 to $17. As vendors had to pay their employees more, they kept a smaller workforce, they said.

“Duke has raised our pay rates, they pay us a little more, but because of that, they try to use less people than what they used before and try to [have us] do two, three jobs at the same time for one,” Cantu said.

Mary Ramsey, a Duke facilities employee, also noted that COVID-19 increased her workload. To prevent the spread of the virus, facilities workers had to double down on their work to keep spaces clean.

“We just got to keep things sanitized, that’s what it’s come to now, heavy cleaning all the time,” Ramsey said.

But Dom McDonald, an Il Forno employee, believes his situation has improved since the height of COVID-19.

“When the pandemic first hit, they weren’t allowing as much hours, so we couldn’t get paid as much, so that hurt a lot,” McDonald said. He says it is “better” now that he has more working hours with less COVID-19 restrictions.

On East Campus, Charles Gooch, who works at Marketplace, said that employees did not receive hazard pay despite their work during the pandemic.

“We come here to serve y’all. I think it’s unfair that we don’t get hazard pay. We are the lowest of the totem pole, but I think we are not appreciated,” said Gooch, who also serves as chief steward for the union representing Marketplace staff.

Many essential workers in the U.S. received hazard pay during the pandemic, or additional pay for performing potentially dangerous work. The federal government does not require hazard pay, and the decision to offer it is typically determined by employers.

The Chronicle reached out to Coffey requesting comment on why Duke does not provide Marketplace workers with hazard pay.

“Duke Dining team members are paid according to the contract that Local 77 negotiated and established with Duke University,” Coffey wrote in a response.

Still Gooch, who makes $18.61 an hour due to his seniority, said he believes he makes a “fair wage,” attributing the wage increase to union work.

'I’m ready to go into whatever’s happening': The story of a bittersweet first day of classes 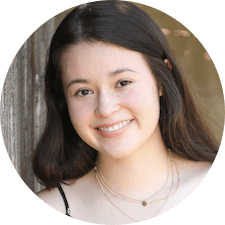