Executive Vice President Devan Desai, a senior, shared that the CEF, a source of funding for cultural groups, will resume accepting applications by the end of the week. Until this week, no cultural groups were able to access the fund this academic year.

“We've been told that the application for CEF is going to open either tomorrow or Friday. And once that opens, it's going to take about 14 business days before it's up and running,” Desai said. “Student Affairs is working with [the Student Organization Funding Committee] to identify groups that would normally get CEF funding, and SOFC will be funding them in the meantime.”

Desai informed senators that the Office of Student Affairs “will retroactively refund SOFC for any of the expenses incurred that would normally go to CEF.”

Under this agreement, the senators approved $3,487 for the Black Student Alliance’s Freaknik Picnic on Friday.

First-year onlookers were also at the meeting. Under DSG’s new election procedures, first-year students have a chance to learn more about DSG through coffee chats with senators and sitting in on meetings.

First-year Alexa Fahrer came to get a feel for the DSG culture. After attending a Campus Life committee meeting this past Sunday, she wanted to learn more about the weekly Senate meetings.

“I liked how it was a more casual and friendly atmosphere. That definitely is appealing as a potential DSG candidate,” she said. “I didn't realize that they'd be actually voting on giving funds to the clubs.”

First-year Caroline Edmondson also appreciated the atmosphere at the meeting. She was invited by one of the senators after attending a coffee chat.

“I felt like I was in a safe space to talk about my specific interests and asked more personal questions about DSG. And now I feel like I have a voice in the group,” she said.

Vice President of Services and Sustainability Ashley Bae, a junior, updated senators about developments on the Multicultural Caucus, a joint committee of students and administrators for dialogue around cultural groups and issues. The Caucus is planning an unofficial preliminary scan of recent changes in Bryan Center and is looking to bring more student leadership to discussions with administration.

Senators debated the purpose of Duke Theta Tau, a new general engineering fraternity seeking recognition. The senators tabled the debate for next week’s meeting and planned to hear clarification from club leaders on its selection process and role in the Pratt School of Engineering community.

DSG members serving in this year’s Cabinet were confirmed during the meeting.

Rowan Haffner was confirmed as Director of Disability Rights Advocacy and Policy.

Every undergraduate pays a $131.50 student activities fee. How does DSG spend its part?

Ryan Lou was confirmed as Director of Environmental Affairs and Policy.

Annie Cui was confirmed as Director of International Student Affairs and Policy.

James Liao was confirmed as Director of LGBTQIA+ Affairs and Policy.

Flower Foreman was confirmed as Director of Low SES/First Generation Outreach and Policy.

Grace Williams and Ooha Reddy were confirmed as Co-Directors of Racial and Multicultural Diversity and Outreach.

Arsha Sharma was confirmed as Director of Religious Outreach and Affairs.

Sam Sreeram’s confirmation as Director of Gender Equity and Violence Prevention was tabled.

DSG senators confirmed Attorney General Nellie Sun, a senior, to the Operations Team, and Senator Swetha Rajagopal, a junior, to the Financial Oversight and Appeals Committee.

Correction: A previous version of this article incorrectly said that Swetha Sekhar was confirmed to the FOAC and that Ashley Bae was a senator. It has been corrected to reflect that Swetha Rajagopal was confirmed and that Bae is a Vice President of Services and Sustainability. 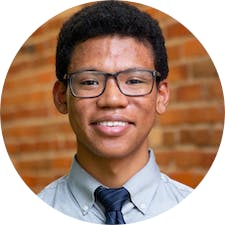