Vert Stadium has been kind to Lauren Hoffman this season, and that did not change Saturday.

With just under a month before the postseason gets going, the Blue Devils made the short drive over to High Point, N.C., for the Meet of Champions. Facing off against Charlotte, Elon, High Point, Liberty and North Carolina A&T, it was all in all a sound outing for Duke, with the women and men finishing first and third, respectively.

“Being able to win a meet like that on the women's side shows our depth, considering Erin Marsh didn't compete, we didn't compete some of our top distance runners, like Michaela Reinhardt. We also held some others out just because of either they’re coming off an injury [or] they were a little sick,” director of track and field and cross country Shawn Wilbourn said.

Hoffman played a major role in that victory, starting with her usual command of the 400m hurdles.

With a new personal record—and Vert Stadium record—of 56.12, Hoffman picked up her third first-place finish in the 400m hurdles of the outdoor season. She was first an All-ACC First Team selection in the 400m hurdles back in 2019, and the Virginia native has kept it going into this spring.

“Coming off last year, she gained a ton of confidence,” Wilbourn said of Hoffman's improvements after reaching the NCAA Championships in the 400m hurdles last May. “Coming into this year, her fifth year, she’s an All-American, and she’s competing like it.”

This comes less than a month after Hoffman broke the facility record for the first time at the Bob Davidson Invitational. That time around, she finished at 56.53 seconds for a 3.22-second margin of victory. This time around, Nia Frederick of North Carolina A&T finished 2.78 seconds behind last year’s ACC silver medalist.

Clearly, complacency will not be an option if Hoffman is to continue this run into May. But Wilbourn certainly is not worried about that becoming an issue.

“I’m really excited to get to the championship part of our season and to see her make another step up. So it's going to be exciting,” Wilbourn said.

Hoffman was not the only Blue Devil to post a high mark in the 400m hurdles, though. Senior Nikki Merritt, at 1:01.22, came in third via a new personal record.

As for the relays, an area that Wilbourn has deemed essential in the quest towards becoming a “balanced program”, the Blue Devils kept up recent trends. Duke captured first place in three out of four, only finishing second in the men’s 4x100m.

It was the women’s 4x400m team, though, that proved to be the difference. In the last event of the meet, the group of Hoffman, Merritt, Carly King and Abby Geiser came in at 3:36.94 to give the Duke women a one-point victory over Liberty.

On the men’s side, the Blue Devils stepped up to the plate in the field events, as Erick Duffy, Beau Allen and Chris Shanahan took top honors in the pole vault, high jump and javelin, respectively.

For Allen, it marks his third straight first-place finish in the high jump, a sign that the California native has what it takes to make some serious noise come time for the postseason. Duffy, for his part, set a program record in the pole vault at 5.36m, while Shanahan topped a javelin leaderboard that featured four Blue Devils in spots one through four—Shanahan, Luke Jackson, William Kahn and Scott Campbell.

“We got some warm weather, we had favorable winds, and the guys took advantage of it,” Wilbourn said.

Friday brings yet another challenge, as the Blue Devils head up to Charlottesville, Va., for the two-day Virginia Challenge.

It marks the start of what Wilbourn deems a “transition” period in the run-up to the postseason.

“We will be really individualizing things,” Wilbourn said on the program’s approach to the upcoming weeks. “We will not be competing as many kids, some will stay back and continue to train depending on their event.” 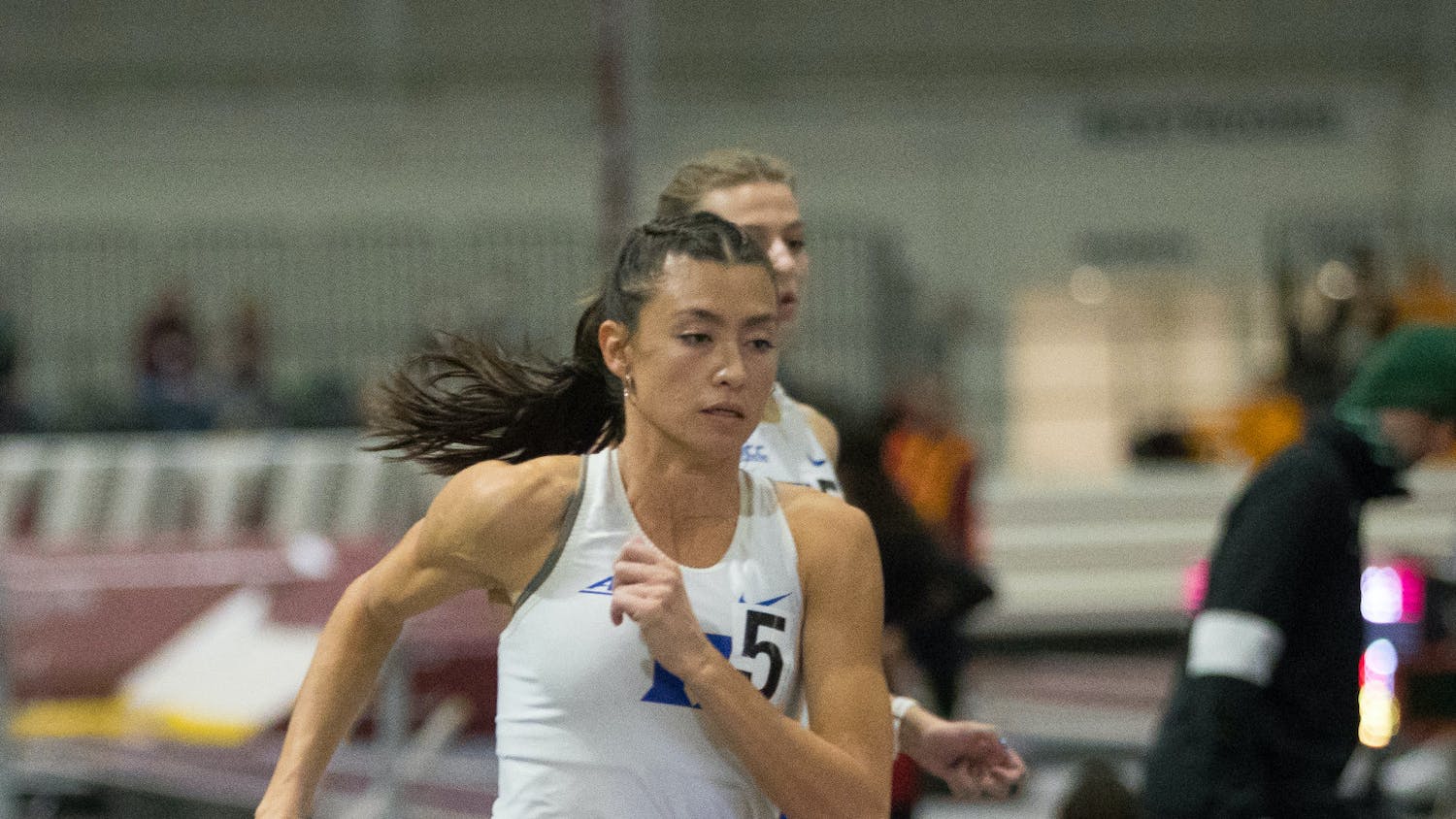