Ordering takeout from a restaurant always requires single-use containers made of styrofoam or plastic. Or does it?

In Durham, a reusable container service called GreentoGo and its network of local restaurants are working to make single-use containers a thing of the past. The service operates under an umbrella nonprofit organization called Don’t Waste Durham.

GreentoGo members simply request “GreentoGo” when ordering over the phone from restaurants that partner with the service. Once they arrive at the restaurant for pickup, they scan a QR code to select how many reusable boxes they are taking out. When the boxes are empty, members can return them to any GreentoGo station located around the city.

A thought turned into a movement

In 2010, Crystal Dreisbach, who is now executive director of Don’t Waste Durham, was working in family planning research. Her day was like any other—she ordered takeout for lunch, which came in a Styrofoam box.

But on that day, the Styrofoam takeout box struck a negative chord with her. She recalls remembering that Styrofoam isn’t good for humans and looking it up when she couldn’t remember why.

Dreisbach’s research revealed that chemicals from Styrofoam containers leach into the food that people eat. In addition, Styrofoam factory workers have much higher rates of getting tumors and having stillbirths, and low-income communities and communities of color are disproportionately affected by pollution caused by takeout containers.

With clear evidence supporting these claims, Dreisbach could not comprehend why people still consumed such large quantities of single-use containers.

“I couldn’t sleep at night,” she said.

Dreisbach won runner-up in the contest, which bolstered her confidence that a reusable container idea could work. “Someone, somewhere, thinks it's kind of a good idea,” she said.

In 2015, Dreisbach and her team began a Kickstarter campaign to fund the beginnings of GreentoGo.

“About [400] or 500 people committed small amounts of money. So they weren't rich either. But what it showed us is that there are a lot of people in the town, it's sort of like validating your idea,” Dreisbach said.

In 2017, GreentoGo received enough funds to officially launch. According to Dreisbach, restaurants had already contacted her, saying, “Count us in, whatever that means!”

“Whatever [GreentoGo] meant” proved to be an innovative combination of software and a physical network of stations across Durham for customers to return their reusable containers. GreentoGo drives its services with an app developed by Dreisbach’s husband. Members check in containers they’re using by scanning a QR code from a restaurant. When they’re done eating, they check out containers by scanning another QR code at any of the 20 return stations in Durham.

The app also shows the GreentoGo team how many GreentoGo containers are in each restaurant and return station. When the stations are full, the team picks up the dirty containers and transports them to their central wash facility. The containers are washed, dried and sanitized before they are restocked in the restaurants.

“What we realized is that if you have built the infrastructure to support reuse—pick up, wash, delivery—you can now pretty much switch anybody—any institution, any business, any sporting venue, any retirement community, any school—off of single use,” Dreisbach said.

Derek Alan Rowe, director of solutions and innovations at Don’t Waste Durham, sees GreentoGo’s return stations as the design system that allows for reuse, because they provide customers with the incentive to return the container after they’ve finished using it.

Rowe claims to be one of GreentoGo’s most frequent users.

“I really just like being able to go get lunch and do it without any waste at all,” he said. “It just feels like I won.”

Seth Gross, owner of Bull City Burger and Brewery, said his restaurant started using GreentoGo when the service was first launched in 2017. He loves GreentoGo’s idea of reducing single-use containers and wholeheartedly supports their endeavors.

“They went through a lot of challenges over the years, of really creating something that seems to be working,” Gross said.

Bull City Burger and Brewery relies on word-of-mouth and store signage to encourage customers to use GreentoGo. When someone asks, “Well what is [that QR code]?”, Gross has the perfect opportunity to introduce the customer to the service.

Blue Corn Cafe has also partnered with GreentoGo for four or five years now because the service was a great concept, according to co-owner Danielle Martini-Rios.

“Anything I can do to reduce waste from my customer or from our own business model, I will be a part of,” Martini-Rios said. New workers at Blue Corn Cafe are also always informed of GreentoGo during their training.

Unfortunately, only about five percent of Blue Corn Cafe customers use GreentoGo. But, according to Martini-Rios, that five percent uses GreentoGo “religiously.”

Gross said that GreentoGo can be a bit more of a hassle for some customers, but certainly still beneficial.

“You've got to make that conscious decision to remember to grab your empty containers and bring them back,” he said. “How many of us have bags for Whole Foods and we forget them in the car all the time, or leave them in the garage or the house? You know, it's just one of those things.”

A number of GreentoGo users know Dreisbach personally. Toni Mason, owner of Durham sewing studio Sew Crafty, is one of Dreisbach’s friends. She began using GreentoGo when it first started.

Mason cooks regularly, so she does not get takeout food often. But when she does, she will only go to restaurants that offer GreentoGo containers.

“I do have a lot of options,” Mason said. “I live downtown, and [GreentoGo]’s concentrations of participants are in downtown Durham. I can walk to a lot of places that offer the service.”

Even for a 70-year-old with limited cell phone experience, Mason finds the GreentoGo app and service very easy to use. She likes how people can order takeout from one restaurant and return the container at a different drop-off site.

“[If] I got something from a restaurant over on Ninth Street, I could put it in one of the receptacles that are downtown,” she said.

Expanding to Duke and outside Durham

Dreisbach says she’s been asking for Duke Dining’s permission to outsource GreentoGo containers to them, but instead, Duke is trying to run their own reusable container program. Specifically, she has been speaking with Marcus Carson, Duke Dining’s assistant director for sustainability and quality assurance, for five years.

“We have a lot of Duke students in our network who come to our meetings. They're all giving us updates on their experience using those containers in the dining hall, and how it's just not working out,” Dreisbach said.

Carson wrote in an email to The Chronicle that he’s only personally heard from GreentoGo once and that Duke Dining was not able to establish a partnership at the time.

“I have not heard from GreentoGo to discuss any other potential partnerships since that initial meeting,” he wrote.

“There's been a very positive response to the program, and we're excited to continue our commitment to waste reduction by expanding the program in the future,” Carson wrote.

Although GreentoGo has not been able to partner with Duke, they’ve been able to consult with sustainability groups from around the world as part of the National Reuse Network, giving them tips on how to build a customer platform and how to keep track of restaurant profiles.

“It's really morphed into something more than just, ‘Oh, let's help this takeout container situation with Styrofoam,’” Dreisbach said. “No, now it's like, ‘Y'all, we could make the whole city reusable.’” 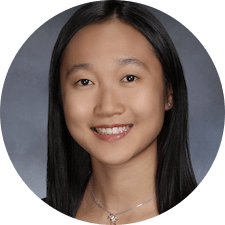 Katie Tan is a Trinity sophomore and managing editor of The Chronicle's 118th volume.

Q&A: Former Duke President Richard Brodhead reflects on past and future of DKU ahead of inaugural Commencement