For stretches of Tuesday’s contest, Duke and Miami appeared asleep at the wheel.

But thanks to a late awakening by the Blue Devils and a 14-4 run to finish, Kara Lawson and company were able to steer back to .500 in conference play. Issues like a 60% mark from the charity stripe and just 10 points from the bench need to be addressed, but it sure is easier to stomach in the wake of a win.

“I think anytime you win, it obviously makes you feel good and it really solidifies that you’re trending in the right direction,” head coach Kara Lawson said.

There was a bigger meaning from this ACC battle, though. Lawson has now coached 20 games at Duke, winning 15. Small sample size, I get it, but anytime you win 75% of the time, regardless of the time frame, you’re doing something right.

How is this program ahead of schedule, you ask? Well, two things stand out:

There have been some humps and bumps in recent weeks, but there is no denying that this transfer-laden group has exceeded expectations. There’s just the right amount of floor spacers, particularly Lexi Gordon and Miela Goodchild, along with scrappy and intelligent bigs such as Jade Williams and Imani Lewis.

A pair of floor generals in Vanessa de Jesus and Shayeann Day-Wilson, both of whom are adept at controlling the pace and picking their spots, along with two-way standouts Elizabeth Balogun and the injured Celeste Taylor, are the cherries on top.

This was apparent on consecutive possessions in the fourth quarter. Day-Wilson found a cutting Goodchild for a runner off the glass, then Balogun set up Onome Akinbode-James for an easy finish. In a flash, the Blue Devils led by five.

“It wasn’t just one player, all four different players of ours, it involved a combination of them playing together. So that was really good to see,” Lawson said on that sequence.

You can nit-pick here or there, but Lawson has clearly upgraded the roster at every position. That gives Duke the playmakers to survive a game where it isn’t quite as sharp.

This tenet has been especially stout. Assembling a high-ceiling roster is nice and all, but those players also have to improve once they are under your watch. Let’s take Goodchild and de Jesus, for instance.

Goodchild was purely a spot-up specialist who got stuck in the corner too often during her sophomore year, but the narrative has shifted. The Australian can read pick-and-rolls, is in constant motion and now even delivers in the clutch—a late triple from the parking lot Tuesday, with Duke clinging to a 50-47 lead, proves that.

“She continues to help set the pace for us on offense with how she moves and cuts and obviously everyone knows her three-point ability,” Lawson said.

“Just trying to put my best foot forward for this team to get as many wins as we can and get as far as we can this season,” Goodchild remarked on her singular focus.

De Jesus, on the other hand, entered as a scorer with an abundance of confidence. And while she still is capable of filling it up, the California native now consistently looks for post entries and ball rotations. Clearly, those indicate her improvement into a well-rounded guard.

Despite these strengths, the Blue Devils are not a finished product, this season or in the context of the future. Which makes upcoming matchups with No. 20 North Carolina and No. 3 Louisville the perfect barometers of whether Duke is a serious threat come March.

One thing is certain. When Lawson took over, there were serious questions on whether the program could win without its best stuff. 20 games in, and with Miami in the rear-view, those questions are not as pressing.

Overcoming 20.8% shooting from 3-point range and 16 turnovers will do that. 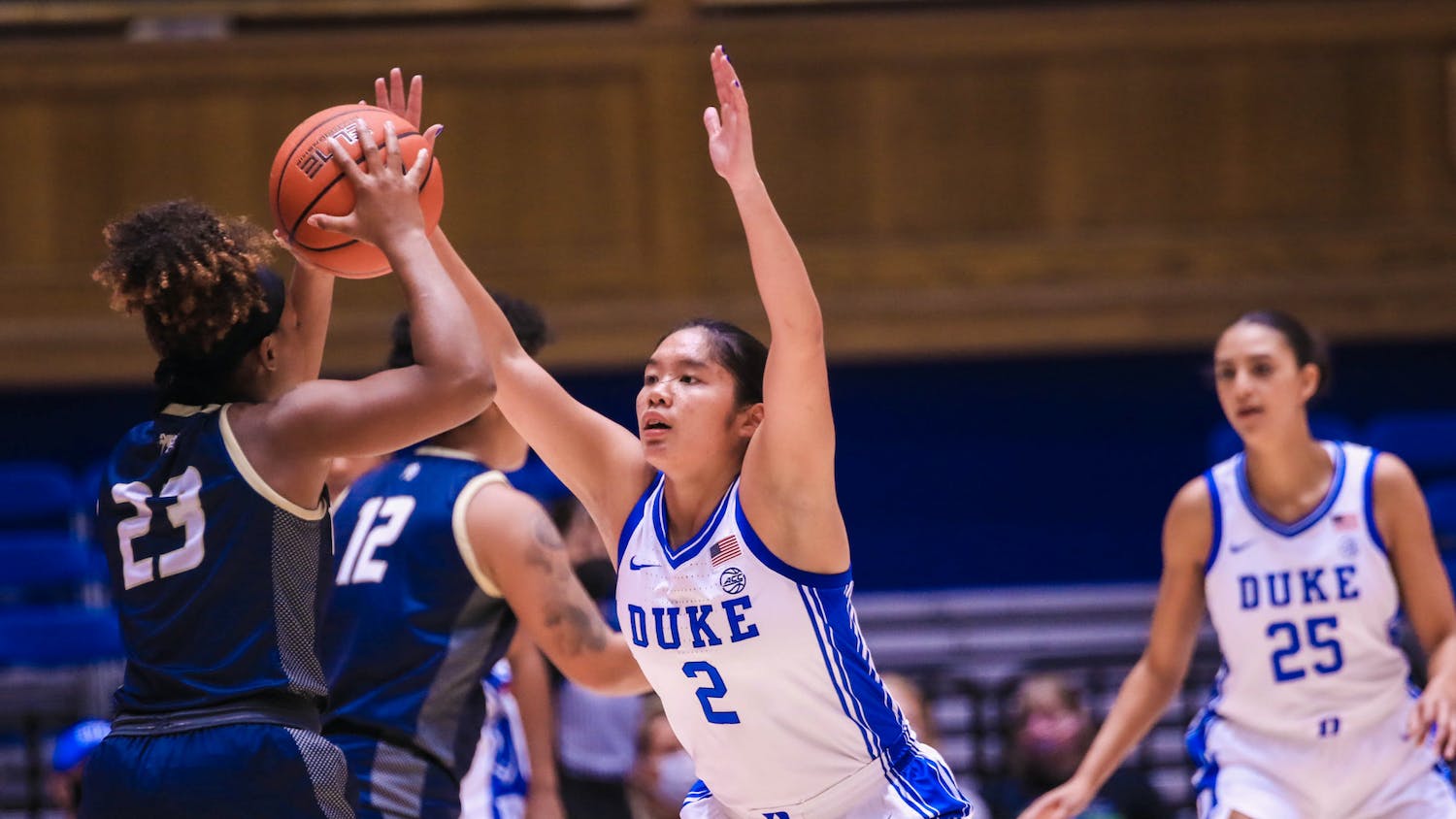