Duke Student Government senators read updated House Rules of the Senate for the first time and chartered a pro-Israel student group at their Wednesday meeting.

Students Supporting Israel intends to “be a clear and confident pro-Israel voice on college campuses and to support students in grassroots pro-Israel advocacy,” according to the organization’s charter submission.

During the group’s presentation, DSG extended questioning twice, eventually chartering the group. Senators raised questions about the group’s role in educating the Duke student population given their explicit advocacy for Israel and how the group would communicate civilly with opposing organizations.

The House Rules of the Senate are a series of regulations detailing decorum and procedures DSG Senators must follow. Junior and president pro tempore Devan Desai and first-year Zara Thalji, a member of the internal affairs committee, presented the House Rules.

During the reading, Desai and Thalji highlighted proposed changes to the House Rules from the previous year. Any Senator who incurs a third or subsequent unexcused absence “can be placed in bad standing by the president pro tempore,” the document reads.

Any member with a fourth or unexcused absence must be referred to the Senate Judiciary Committee for investigation, upon which the Committee will “recommend to the President Pro Tempore whether the Member ought to be removed.”

Further approval of the House Rules will be voted on in subsequent DSG meetings.

Senators chartered Devil’s Kitchen, which seeks to create a restaurant workflow that performs food service to the community, and Duke African Nations for Care, an organization that raises funds for non-profit hospitals in African countries.

DSG also recognized Humans of Duke, a media organization based on the Instagram account Humans of New York that looks to tell meaningful stories of members of the Duke community. 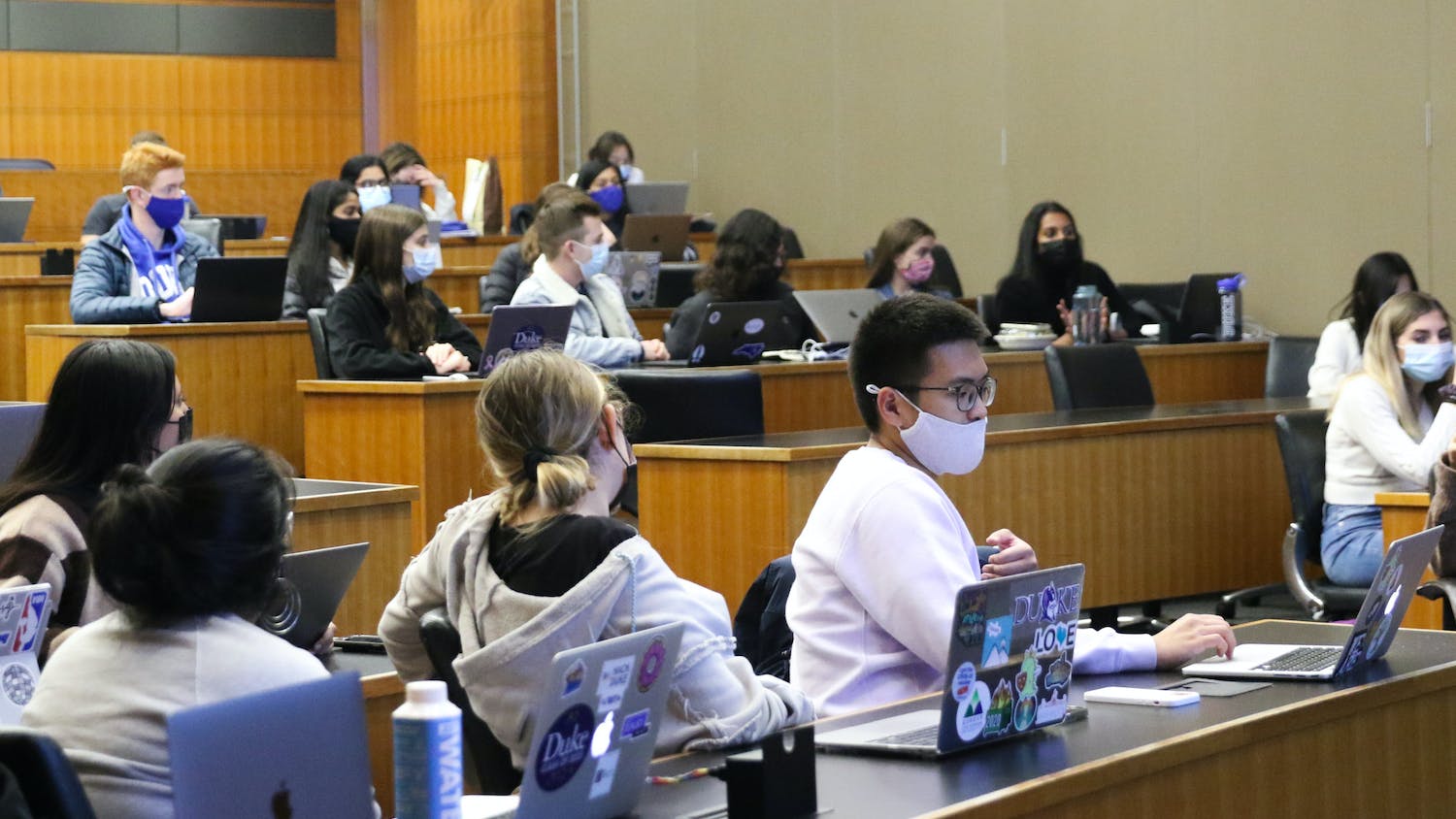