And one: Paolo Banchero's career night lifts Blue Devils to resounding win against The Citadel

After each Duke men's basketball game this season, check back here for the Player of the Game and more. Today, the Blue Zone takes a look at Paolo Banchero's career night and some insights from Duke's 107-81 win against The Citadel:

And just like that, a star is born. Banchero’s breakthrough performance was a fun one to watch. The freshman scored a whopping 28 points for the Blue Devils. If that wasn’t enough, he also grabbed eight rebounds and had six assists, two steals and a block. Banchero was everywhere.

With a final score of 107-81, @DukeMBB walloped The Citadel on the back of some astounding performances, so vote for who you think stood out the most in the Blue Zone's Player of the Game poll. Voting closes at noon tomorrow.

The Blue Devil faithful breathed a sigh of relief after seeing Banchero rise to the occasion and showcase the talent they had been hearing of for months. It was easy to understand the hype. Besides his offensive output, Banchero was a force on defense as well. After a poor three-point attempt of his own, Banchero stayed back to press the Bulldogs as they attempted to bring the ball down the court. Key word: attempted. Banchero forced a bad pass and jumped on the ball as it rolled across the ground to secure the Bulldogs' turnover.

Without Banchero commanding the court on both ends, the game would have been a whole lot closer. He broke it open and led the Blue Devils to their lofty victory. Duke fans have now seen what this team can be with their star shining, and man is it bright.

The Blue Devils scored 107 points against The Citadel, and only a small portion were from three-pointers. Duke was sent to the line 29 times due to The Citadel’s 20 fouls. 27 of those shots went in. That made for a free throw percentage of over 93%, giving them a crucial leg up on the Bulldogs' relentless offensive attack.

But this game wasn’t won on the line or outside the arc. Instead, it was a hard fought, grinding offensive downpour inside the key. Duke scored 48 points in the paint. Much of those, 27 of them to be exact, were second-chance points off of 18 offensive rebounds. The Blue Devils showed just how strong they are as they powered through the Bulldogs to drive to the basket and grab rebounds. They might not have had the upper hand outside the arc, but they sure did inside. While being bombarded by The Citadel's lethal three-point shooting on the other end of the court, Duke played to its strengths—in-the-paint points and, of late, rebounding—to get the job done.

One stat: 81 points given up

A record was set in Cameron Monday night, and not by Duke. The Bulldogs' 18 made three-pointers are the most ever in a single game by an opponent in Cameron Indoor. In the first half alone, The Citadel made 10-19 from outside the arc, giving Duke’s defense its biggest challenge of the season thus far. When the final buzzer sounded, The Citadel had gone 18-of-34 from three, good for 52.9%, by far the worst percentage that the Blue Devils have given up this season. The next closest is the 40% that Kentucky shot in the season opener.

Dominant defense has been this Duke team’s M.O.; through its last four matchups, it hasn’t given up more than 56 points in a game. Against The Citadel on Monday night, though, it gave up 42 in the first half and 81 points total.  While the Blue Devils' offensive production was enough to overcome the onslaught of three-pointers from The Citadel, they shot 8-30 from outside the arc themselves. That’s 26.7%. Shot after shot after shot failed to fall as Duke's biggest weakness intensified just ahead of its biggest matchup of the season. 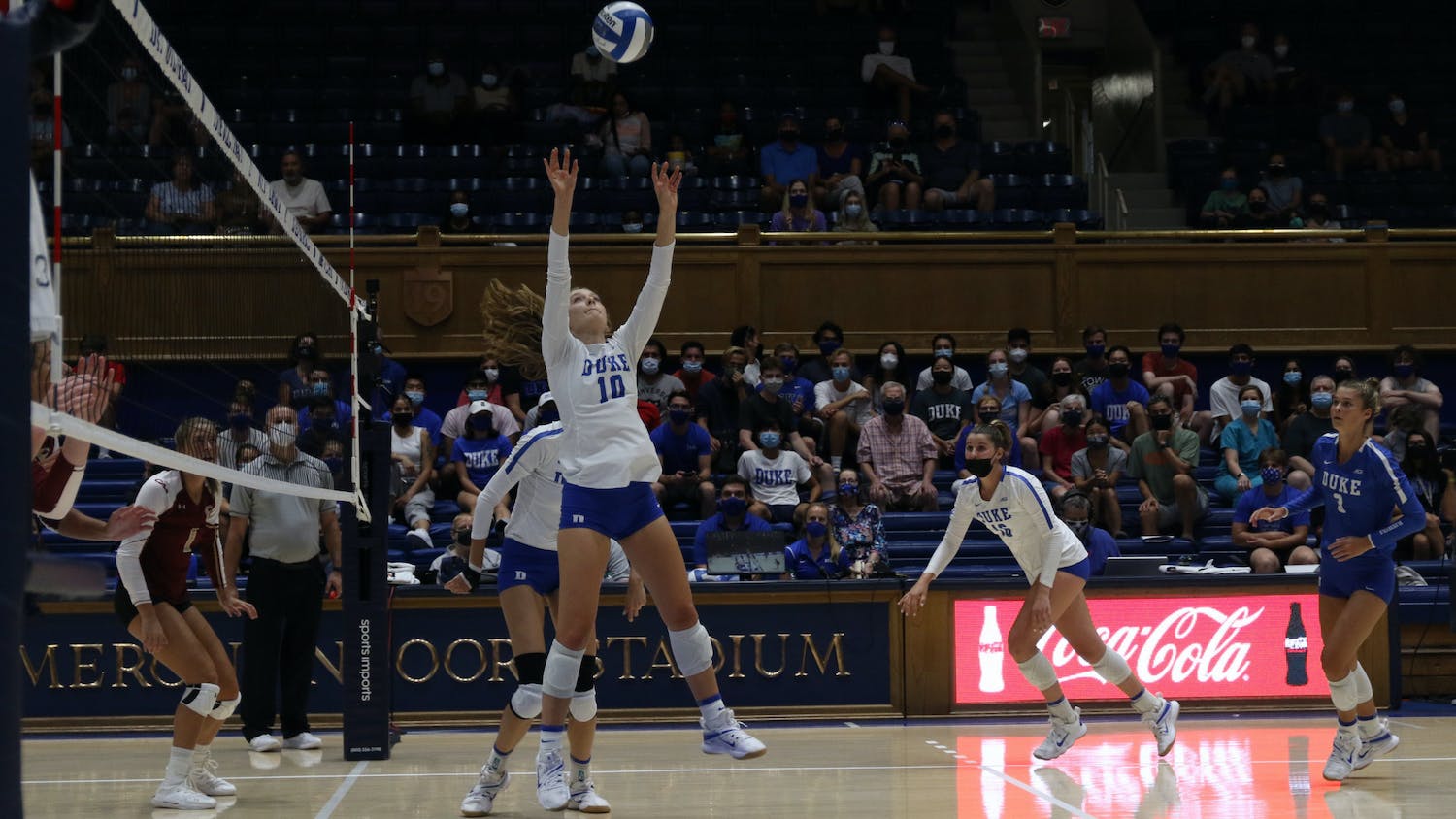 Rachael Kaplan is a Trinity sophomore and an assistant Blue Zone editor of The Chronicle’s 118th volume.

Share and discuss “And one: Paolo Banchero's career night lifts Blue Devils to resounding win against The Citadel” on social media.