Somehow, we are only about a month away from college basketball—rejoice, hoops fans. Here in Durham, Duke opened fall camp last Tuesday, conducting its first scrimmage of the lead-up to the regular season a day later. Here are three key takeaways from the highlights, which were shared to YouTube.

The only rotation piece left from the 2019 recruiting class, Wendell Moore Jr. figures to be in the limelight as the Blue Devils’ leader and versatile playmaker. Based on the tape, the junior is taking those roles in strides, as he was not shying away from scoring opportunities in transition and the half court.  The North Carolina native displayed a quick release on pull-up jumpers to go along with his typical slashing style.

Whether he starts every night is a different story, but it is worth noting that Moore began the action alongside Jeremy Roach, Trevor Keels, Paolo Banchero and Mark Williams on Team Blue. Do not be surprised if some late game sets involve Duke spreading the floor and giving the former five-star chances as a primary distributor.

If you attack the rim against this Blue Devil defense, be ready to deal with Mark Williams. Multiple times Wednesday, the 7-footer acted as, turning back guards left and right. Unfortunately for Jaylen Blakes, who first had to double clutch thanks to Williams’ help before being denied by the Virginia native and then had his left-handed floater rejected, he was on the receiving end of multiple Williams specials.

Add this shot-blocking prowess to the sophomore’s efficiency—his 64.8% true shooting is indicative of that—and activity on lobs and the offensive glass, and Duke will not have to worry about night-in night-out production at center.

For a guy with obvious lottery potential, AJ Griffin has been flying under the radar throughout the offseason. That might purely be due to Banchero’s presence or the fact that Griffin was the earliest 2021 commit, but the buzz has simply not been pointed in the New York native’s direction.

While there were some encouraging signs from Griffin, such as this pick and pop that shows his flexibility as a screener and spot up shooter, most of the offensive noise came from Banchero, Moore, Keels and Roach. Despite his at times highlight reel athleticism, the No. 29 overall recruit seemed content with playing a complementary role and mostly settling for perimeter jumpers. Come November, Griffin will have to be included more in the offense, as his talent is just too substantial to be left untapped. 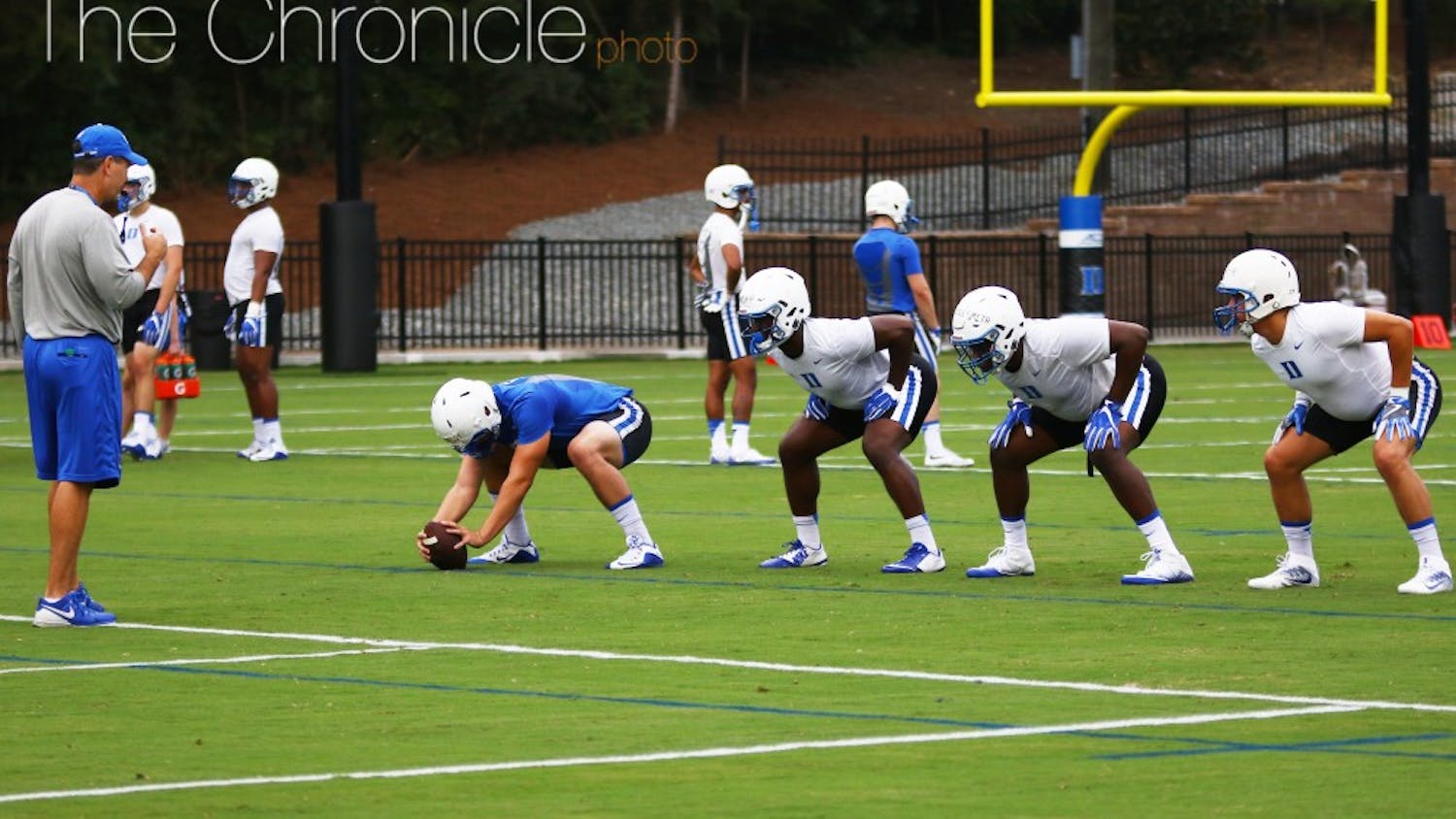