When Barack Obama finishes his second term as president of the United States, there are many perks of the job he will be giving up. Never again will he have the power to veto a bill or appoint a justice to the Supreme Court, and the whole Obama family will have to move out of the White House.

But even after Obama loses command of the nuclear football, there are certain aspects of his presidency that he will retain for life. Out of respect, former presidents are always addressed as “Mr. President” even when their time at 1600 Pennsylvania Avenue is over. First families maintain part of their security detail for as long as they want it.

POTUS, however, isn’t the only president that carries part of the legacy past the position. There are few positions on campus as all consuming as being president of Duke Student Government. Though the terms may only be one year, the experience can shape not only the president’s time as a student, but also follow him or her beyond college.

In March, Keizra Mecklai—then a junior—was elected the DSG president for the 2015-16 academic year. Mecklai’s presidency makes her the forth consecutive woman to hold the position. She succeeded Lavanya Sunder, who is now a senior. During the 2013-14 academic year, Stefani Jones filled the role of president as a senior, and before her, Alex Swain began the streak of female leaders when she was elected to serve for her senior year.

Rounding out the five most recent presidents are Pete Schork, who served the 2011-12, academic year as a senior, and his predecessor Mike Lefevre.

“There isn’t a day when I don’t draw on what I learned as president,” Schork said. “You carry that experience within you. It is just such a unique experience. It challenges you to have a lot of poise in your life.”

On the surface, the commonalities between the presidents seem few and far between. Two of the former presidents are still students. While Sunder remains on campus to complete her senior year, Swain is in her third year at Columbia Law School. Like any good president, however, they are both thinking ahead to the next step and have already locked down their post graduation plans: with Sunder planning on going to McKinsey & Company in Atlanta and Swain heading to Debevoise Law Firm.

Jones has graduated from being president to working for one. She is currently a media monitor for the Office of Communications in the White House—where there’s a bit “more of a security presence” than she had for her own presidency.

“My time on DSG was very influential in my decision to pursue a job in public service,” she said. “It showed me how much I love fighting for issues impacting my peers, and I think it gave me good perspective on effective leadership and management.”

Perhaps taking the most traditionally “Duke” path of the presidents, Schork’s first post-graduation job was as an analyst for UBS Investment Bank. Choosing to delve deeper into a life-long interest in renewable energy and power, Schork left that job to become an analyst at the Broadscale Group where he works with large energy corporations to stay ahead of the curb of renewable energy and help launch renewable energy startups.

And just over four years removed from his presidency, Lefevre has chosen a life on the rails. After graduating, he spent two years with as a rail network analyst with CSX Transportation before becoming the manager of operations planning for All Aboard Florida— the nation's first privately-funded intercity passenger railroad.

Yet as divergent as their paths may be, each of the five is tied together by the common thread of the presidency. Like a members-only club, you can only really understand if you were part of it yourself.

Schork noted that when looking back on the experience, however, it isn’t the practical skills that spring to mind first, but rather interpersonal experiences of being a part of the organization. All of the five presidents said they walked away from the situation with relationships they hope will last well into their postgrad life.

In addition to keeping in touch with one another’s achievements, many of the presidents continue meeting with each other and others that they served with.

The longer one is removed from the presidency, however, the less often the position comes up in interviews or personal situations. Though it stays a part of your experience forever, it becomes increasingly less significant as post-collegiate accomplishments increase.

“It’s a tough pill to swallow,” Lefevre said. “DSG president goes from something that defines you to just a fun fact about you. And it is a fun fact that you are almost embarrassed to bring up, because student government means something different at every university.”

He added that there will come a time, after a certain number of years have passed, when most presidents will find themselves feeling a little embarrassed for having cared so deeply about the position. People often stereotype the position, assuming that only “apple-polishers or nerds” would want to lead student government.

“I could have gotten a tattoo of DSG while I was at Duke,” Lefevre said. “That’s how much I was into it. Now, I am glad I didn’t get that tattoo.”

In an era where one’s legacy on the Internet can exist indefinitely, the viral campaign video can far outlast the election. And some videos have a longer shelf life than others. While some, like Sunder’s and Swain’s are relatively straightforward, other presidents opted for unique takes on the traditional video.

Jones’ video was a take on a Duke-centric music video for Alicia Keys’ song, “Girl on Fire.” Schork used his unique last name to his advantage by creating a play on the Discovery Channel’s Shark Week entitled “Schork Week.” 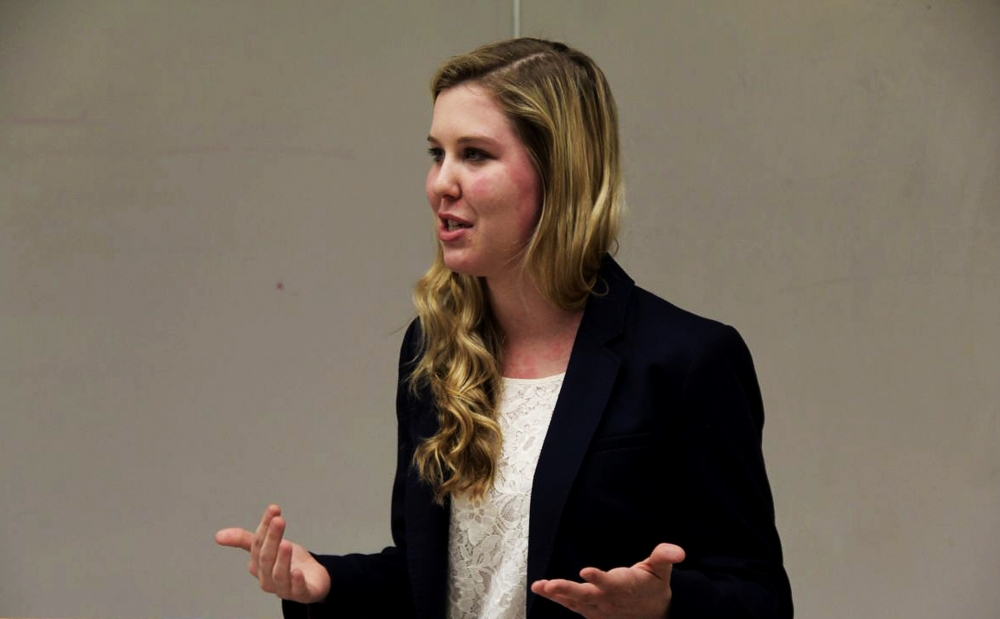 But it is perhaps Lefevre’s landmark video “Lefevre for President” that has most stood the test of time. While at his first job after graduation, several of Lefevre’s coworkers came across his video, a campaign song set to Ke$ha’s “Tik Tok.” To preempt this at his next job, Lefevre used one slow Friday afternoon to circulate the video among his coworkers.

Naturally, it was a hit.

But despite any short moments of embarrassment or insecurity, Lefevre would never want to give up the time he spent dedicated to the organization—nor would any of the five latest presidents.

For Swain, the experience that she gained as president in the arts of negotiations and advocating for organizations in need has become incredibly valuable as she navigates the tasks that are associated with going law school. Sunder, meanwhile, found that the experience of having to speak in front of large groups of people at the Senate to be the most transferable skill to her professional endeavors.

The experience of going from one of the most powerful students on campus to starting at an entry-level job outside of Duke, can be a tough transition. But the experience that presidents have of pushing themselves until they can’t work any harder easily translates to dedication in other fields.

“As president, you really learn how to relate to a lot of different kinds of people, and that has become a big part of who I am as a person now,” Schork said. “The experience was somewhat of a crash course in management that leaves you well-positioned to take on a demanding job after graduation.”

Check out Q&As with the presidents—and their campaign videos—here.

Share and discuss “Once a president, always a president” on social media.

Peter Jackson's 'The Beatles: Get Back' is a joyous look at The Beatles' final years