Q & A with Nathaniel Mackey

A thunderstorm threatened to interrupt my interview with Nathaniel Mackey, the new Reynolds Price Professor of Creative Writing and winner of the 2006 National Book Award for poetry. The rattling windows didn’t faze Mackey. He kept answering my questions, speaking slowly, giving each word its moment. It was only when his phone started ringing that Mackey finally broke away from one of his answers. Having just finished telling me that the mundane world has to be present in even the most mystical art, he quipped, “The world is calling.” A joke, yes, but talking about writing with Mackey is like that: He creates his own space, both a refuge and a vantage point, using nothing more than language.

Like many contemporary poets, you’re well acquainted with academia. You have a Ph.D., and you’ve taught at the University of California, Santa Cruz for more than 30 years. You’ve published criticism as well as poetry. How does your academic career influence your art?

I think they’re very much intertwined. Writing about what I’ve read—writing criticism—is deeply intertwined with the writing I do. A lot of the same material comes up in my criticism as comes up in my poetry and my fiction. Poetry tends to be very self-reflexive—poets tend to spend a lot of time thinking about writing poetry, what the significance of that is.

You teach both literature and creative writing. What are the specific changes you’ve seen in the way your students have approached both the writing of poetry and the study of literature over the course of the last few decades?

Technology has had a tremendous impact. The availability of [recordings of] poets reading their work on the Internet has been a real difference maker. It’s sometimes a challenge for teachers of literature and teachers of [writing] to convey a sense of literature as a living art, something that’s being done by people who are alive now and who walk the same streets that we do. It used to be that it was hard to give that a real presence. Now we can say “get the sound of the reading in your mind.” Because one of the things one wants to do as a teacher of poetry is emphasize that we’re writing not just to be read, but to be heard.

Are there any teaching philosophies, particularly in your creative writing workshops, that you emphasize?

I try to get students both in writing classes and in literature classes to find their way in language, both as readers and as writers, and to come to some apprehension of what’s possible in language. I stress that attention to the medium that we’re working in; whether we’re writing poetry or fiction or essays, we’re involved in a language art. In literature classes, I stress that papers should be well-written, that there should be a concern with style, that we’re not just dealing with some dry, utilitarian approach that just wants to get the job done. Part of the job is the flavor that you give the writing that conveys something of the way in which your mind works.

What’s something you wish you had been told as a young writer? Is there one thing you stress to your students in terms of becoming a writer when you’re young?

That it’s something that you have to think about doing for many years. Louis Zukofsky said, “We write one poem all our lives.” And to think about writing as a lifelong commitment and exploration is I guess what I would say. Which is both kind of daunting, but also kind of relieving. You don’t have to feel that your work has to get where you want it to go in the next year, or the next two years, or the next five to ten years. You look at a lot of writers, and they get better and better and their work grows over time. One of the attractions of writing is that fact—that age can work to its advantage. I try to stress to my students that writing is not a sprint, it’s a long-distance run. I’m surprised by how many students for whom that’s news. I can understand some of the reasons for that. In our society, we have such a dominant idea of what success is, and it has to do with celebrity, and it has to do with making a splash in one’s youth. That’s certainly not the way it works in poetry.

Your work is often described as being “mystical,” which seems to imply a separation from the concrete stuff going on around you, from the mundane. But to what extent do you see yourself responding directly to the events around you?

We’re all having experiences of the public—news, things that reach a mega-audience, entertainment, popular culture, politics. We all live in that world. That world has a lot of tools with which to convince us that it is the world, and maybe the only world. But I think that we’re all aware of the limitations to that. We’re having experiences, we’re having apprehensions, we’re seeing things that don’t quite square with that public discourse. One of the things that arts have generally functioned to do is to give a person, whether artist or reader, something that gets more into the graininess and the particularity of lived experience that is not so generic as public discourse and the public representations of experience. The distinction between public and private, mundane and mystical—that distinction is largely maintained by public discourse. One of the things that makes art matter is the fact that it complicates that distinction.

The mundane is in my work, however mystical readers may see it to be. I see art as an act of transposition—a musical analogy. You get a piece of music in one key, and you transpose it to another. I think that art transposes the mundane, but it doesn’t abandon the mundane. Art loses one of the sources of its vitality if it doesn’t stay in touch with the world.

Mac Miller gives a final goodbye on the unfinished ‘Circles’ 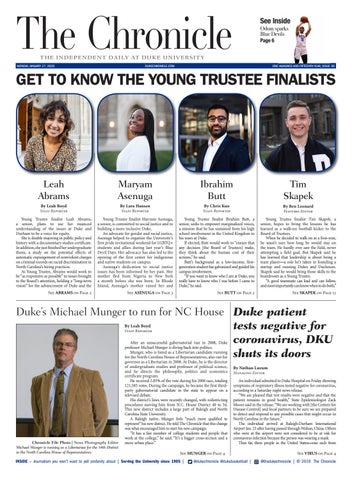