How many Duke students belong to Greek life or selective living groups?

Duke has experienced some dramatic changes to its social scene over the past few years with the disaffiliation of Greek groups and the introduction of QuadEx.

The Chronicle conducted an investigation to find out how many students today belong to Duke’s main social organizations — Greek organizations and selective living groups.

In 2019, tour guides would describe the Duke student body as split into thirds — an estimated one third of Duke’s undergraduate population in selective living groups, one third in Greek organizations and a remaining third unaffiliated, according to tour guide Manvi Malhotra, a senior.

In 2020, Duke’s Student Affairs website said that the University's Greek community was “home to over 2,000 students, making up over one-third of the undergraduate student population,” according to the Web Archive. Duke listed 14 chapters in its Interfraternity Council, 10 in Duke’s Panhellenic Association, six multi-cultural and identity based fraternities, and eight historically Black fraternities and sororities.

But by September 2021, the number on the Student Affairs website had fallen to “over 1,000 undergraduate students,” brought about by the disaffiliation of fraternities and the creation of the Durham Interfraternity Council in February 2021. Duke had decided to move the rush process from first-year spring to sophomore fall.

Today the numbers are more unclear. All of Duke’s Panhellenic Council organizations disaffiliated and started a new Durham Panhellenic Council in November 2021. Numbers for selective living groups, no longer provided with on-campus housing next year due to QuadEx, are not publicly available. Neither are numbers on Duke Greek life on the current Student Affairs website.

When asked if Duke’s makeup still remained one-third in Greek life, one-third in SLGs, and one-third unaffiliated, Anna Lehnen, director of student involvement and leadership, told The Chronicle that she did not have data to answer the question.

Lehnen wrote that “for the organizations that remain on campus, the way students participate has not changed.”

But after the impact of the pandemic, a national movement to abolish Greek life amid the racial reckoning of 2020, and the loss of on-campus housing for these organizations at Duke, past figures likely no longer accurately reflect the makeup of Duke’s social scene.

Below are The Chronicle’s findings on how many students today belong to selective living groups and Greek organizations, including those not currently affiliated with Duke.

Current member counts for disaffiliated organizations, which includes Durham IFC, Durham Panhel and SLGs, were provided by presidents and current members, either based on official rosters or numbers of members in organizations’ GroupMe chats.

Member counts for University-affiliated Greek organizations were provided by Lehnen.

Member counts were then used to calculate the proportion of eligible Duke undergraduates, which includes sophomores, juniors and seniors, that are part of SLGs or Greek organizations. Calculations did not include first-years as SLGs and Greek organizations have not recruited them yet this year.

The Chronicle found that 37.2% of Duke undergraduates are affiliated with an organization, while 62.7% are independent, almost double the previous one-third estimate. Meanwhile, 23.2% belong to Greek organizations, and 14% belong to SLGs.

As QuadEx embarks on its first year, alums who worked toward housing reform look back

Of affiliated students a majority of 57% belong to disaffiliated sororities and fraternities.

Following that, about 38% of the affiliated Duke student population belongs to an SLG. Those groups include Mirecourt, Illyria, Brownstone, Maxwell, LangDorm, Round Table, Wayne Manor, JAM! and The Cube.

The smallest social organization group is Duke-affiliated Greek organizations, which is composed of five groups in the Multicultural Greek Council, one in the Duke Interfraternity Council, and seven in the National Panhellenic Council.

Membership in social organizations at Duke has taken a significant blow compared to the past, especially SLGs, which today comprise less than half of the student population than they used to.

Other changes which may have impacted the social landscape of the past few years include the disbandment of the Mundi SLG, which was popular among international students, according to former member Daniel Billings. Gamma Phi Beta, a disaffiliated sorority, also disbanded, according to Durham Panhel President Marisella Adams-Grimaldi, a junior.

Generally, the lower SLG and Greek Life numbers indicate that more students today are opting to be independent in lieu of joining or staying in social organizations. 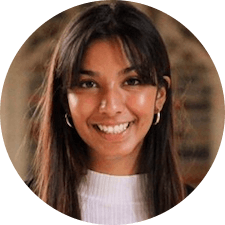 Sana Pashankar is a Trinity senior and a staff reporter of The Chronicle's 118th volume.

Share and discuss “How many Duke students belong to Greek life or selective living groups?” on social media.