Duke’s implementation of QuadEx in 2021 made clear the University’s vision for its future — a culture of belonging.

“Somewhere along the way, Duke became a place where selectivity was like the coin of the realm,” said Mary Pat McMahon, vice president and vice provost for student affairs, at a 2021 DSG Senate meeting.

Administrators have previously said that their plans for a quad-based, non-selective residential model don't seek to diminish selective groups. But Duke’s commitment to transforming its residential life has also caused changes in its social life. After Duke announced changes to the rush process and selective housing in 2020, many Greek groups disaffiliated from Duke. Non-Greek selective living groups, who did not disaffiliate, stand to lose housing at the end of this year.

Still, selective groups have made clear that they’re determined to maintain their presence at Duke without on-campus housing. Here’s how they’re doing it this spring.

Disaffiliated groups do not have access to University funding, facilities, communications, housing and direct advertisement. Students in the groups are still accountable for off-campus actions.

Both groups traditionally only rush in the spring, except for fall 2021, when Durham Panhellenic —  still affiliated with Duke at the time — held rush in the fall.

Recruitment for Durham IFC is currently underway. All chapters have four rounds of rush. Rush events include open houses and meet-and-greet events for prospective members, according to Durham IFC President Alexander Reed, a junior.

“From what I have seen there has been a mix of in-person and virtual events … the location of rush events vary depending on the fraternity hosting the event,” Reed wrote in an email to The Chronicle.

About 400 students were interested in rushing, according to Reed.

Generally, rush is exclusive to first-years and sophomores, but “there may be special circumstances that are handled by a chapter individually,” according to Reed.

Durham Panhellenic is currently holding rush in a “mostly virtual format with only the final part of the process, Bid Night, being held in person,” according to sophomore Kelly Padalino, Durham Panhellenic vice president of recruitment and membership.

The online rush format started as a result of the COVID-19 pandemic, when Durham Panhellenic chapters were still affiliated with Duke, and has continued since.

“Many of the Durham sororities have found it to be more accessible for many potential new members to be hosted virtual,” Padalino wrote.

Recruitment is open to all students across academic years. This spring there are more than 400 registered potential new members.

“We have been working to encourage interest by hosting informal information sessions highlighting the voices of sorority members with unique experiences, focusing on financial transparency, and answering questions,” Padalino wrote.

Interfraternity Council, Multicultural Greek Council and National Pan-Hellenic Council are still affiliated with Duke, according to the Student Affairs website.

Psi Upsilon, the only fraternity left in IFC, will hold rush in late January, according to recruitment chair David Johnston, a senior. Only sophomores through seniors can rush, but first-years are welcome to come to rush events. 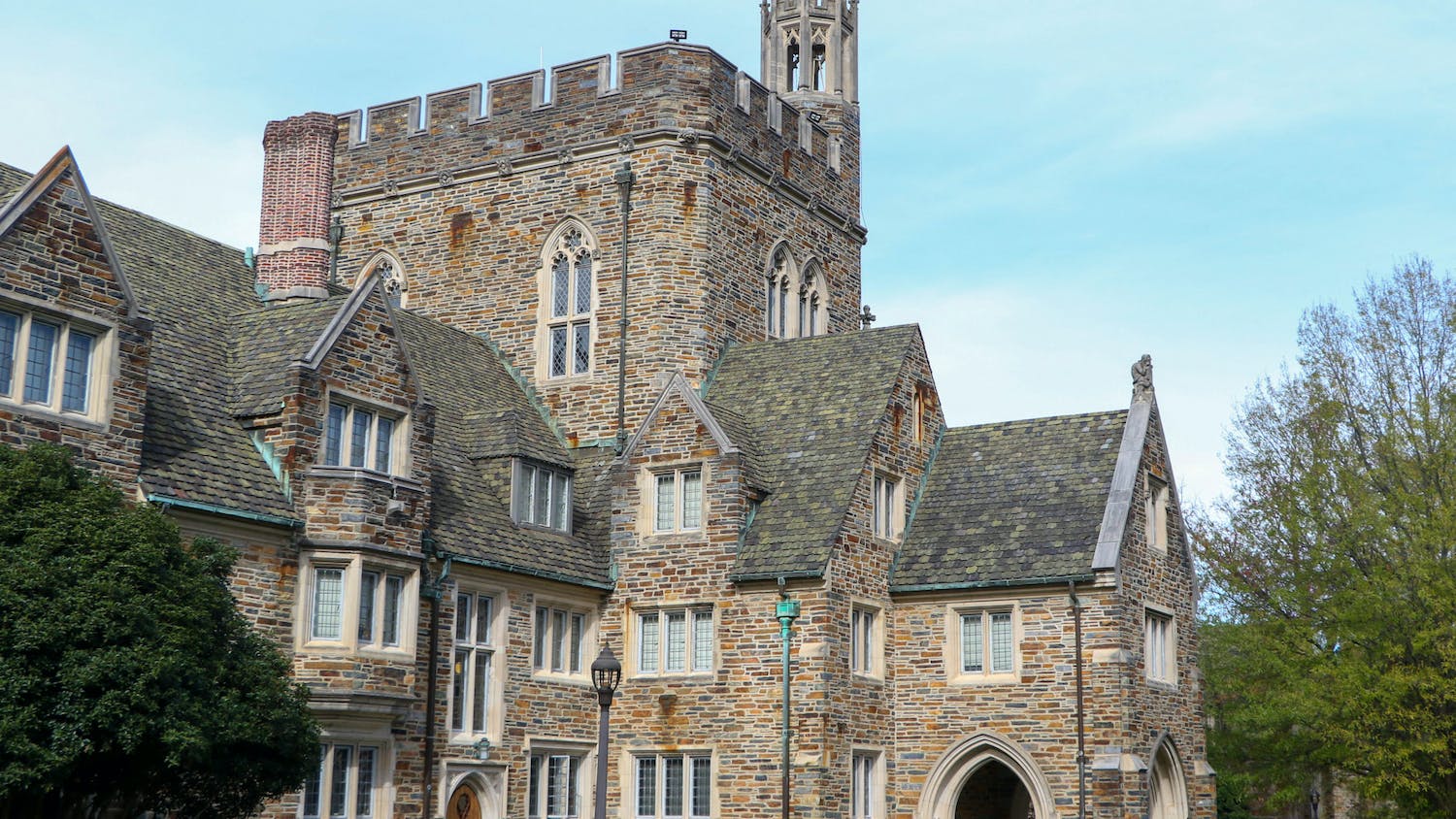 Alpha Kappa Delta Phi, a sorority in MGC, is also holding rush in late January. All years can rush in the spring, whereas first-years were not allowed to rush in the fall, according to aKDPhi President Dianne Kim, a senior. All their official rush events are approved by DukeGroups.

In spite of Duke’s ban on recruitment events for the year, some non-Greek selective living groups announced on Jan. 6 that they will still be holding rush this spring.

Their statement emphasized that SLGs are unique social groups at Duke that “are made by students, for students" and highlighted the groups’ existence for decades.

“SLGs will survive and proceed even without housing,” the statement read.

The groups also announced that they will begin rushing first-years again — the first time since Duke limited rush to sophomores, juniors and seniors in 2021.

In order for SLGs to maintain a presence on campus in future years or hold recruitment events, they must transition into a Living and Learning Community or become a new student group with the approval of Duke Student Government, according to the August announcement.

Some groups, however, have no plans to transition into LLCs or get DSG approval before holding this spring’s rush events.

Apart from an SLG open house on East Campus on Jan. 15, rush events have not been announced yet.

The Cube and LangDorm have been approved to be LLCs. The Cube will hold rush in late January. According to Kaitlyn Luo, a senior and recruitment chair, The Cube is “currently acting as an SLG until fall 2023.”

While first-years could not rush in the fall, all years can rush in the spring, she added.

LangDorm will also hold rush in late January. Similar to The Cube, all years can rush in the spring even though first-years could not rush in the fall, according to LangDorm President Zhichen Guo, a senior.

Katie Tan is a Trinity junior and managing editor of The Chronicle's 118th volume.