As the pandemic continues, millions of people in the U.S. are facing long COVID, a complex, poorly understood chronic illness with symptoms that can linger for months or even years after a patient gets COVID-19.

But a Duke researcher has identified the reason behind one of the chronic symptoms of long COVID — a perpetual loss of smell.

According to Bradley Goldstein, an associate professor of head and neck surgery & communication sciences, the necessity for this study, which was published in Science Translational Medicine, arose as patients recovering from viral symptoms endured a prolonged loss of smell.

To uncover the mechanisms behind prolonged loss of smell, researchers analyzed biopsies of the tissue inside the nasal cavity lining of subjects with a loss of smell, as well as subjects with a normal sense of smell. They did this using single cell RNA-sequencing, which Goldstein described as “a way to, at a cell by cell level, profile exactly what each cell is doing in terms of its gene expression and activity.”

According to Goldstein, the research team found that there was unresolved inflammation in the olfactory lining.

“Specifically, we’re seeing some types of immune cells that aren’t normally present in the controls … And we think that those immune cells, specifically T cells, and macrophages, are very likely causing some problems,” he said.

Goldstein said that when someone's sense of smell is damaged, people realize how important smell is to their daily lives.

“We're constantly getting information through our olfactory system about the world around us,” he said.

Not only does the olfactory system facilitate the sense of smell, but it also affects memory and emotion due to how olfactory input is wired to the brain, according to Goldstein.

“If all of a sudden, that entire sensory modality is just shut off, people really find that disconcerting,” he said.

But identifying the reason is just the first step.

“There’s really not a lot that we have to offer to help people recover their sense of smell right now. We certainly don't have any specific drugs that have been designed to target exactly this problem and help correct it. So I think that that's definitely an unmet need,” Goldstein said.

Because olfactory neurons are exposed in the nasal lining, these drugs can potentially be topical.

“That might allow us to overcome limitations … so you don't necessarily have to take something systemically as a pill or a shot,” he added.

The next steps in this research include expanding the sample size and utilizing the information gleaned from the study to develop long-term treatments. 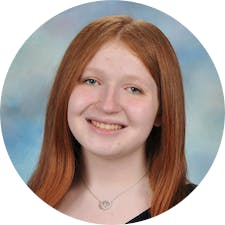 Michelle Brown a Trinity first-year and a staff reporter of The Chronicle's 118th volume.

Share and discuss “Duke study identifies cause for loss of smell in long COVID patients ” on social media.