Author and professor Pawan Dhingra discussed expanding Asian American studies and the historical misconceptions surrounding Asians being regarded as the “model minority” at a Thursday event hosted at the Karsh Alumni Center by Duke and the University of North Carolina at Chapel Hill.

Dhingra is the Nannerl Keohane Distinguished Visiting Professor at Duke and the University of North Carolina at Chapel Hill for the 2022-2023 academic year. In this role, he delivers a lecture series to students and faculty of both institutions.

He is also an associate provost, associate dean of the faculty and the Aliki Perroti and Seth Frank ‘55 Professor of the U.S. Immigration and American Studies at Amherst College. His research focuses on Asian Americans and race, gender and class intersectionality, as well as the sociology of immigration.

In the first part of Dhingra’s lecture, titled “A Symphony, But with What Audience? On the Need to Broaden the Reach of Asian American Studies,” he discussed the expanding presence of Asian Americans in the United States.

Scholarship around Asian American studies is growing, he said. Plus, Asian Americans are the fastest-growing minority in North Carolina.

The socioeconomic success of Asian Americans is clear, Dhingra said. He pointed out that the average household income of Asian Americans in N.C. was $114,000, significantly higher than their white counterparts. But this raises the question of how the “model minority” concept arose in the U.S.

Dhingra named a number of other authors who argue for Asians’ abilities to assimilate to American culture. However, this dismisses the obstacles that immigrants face when coming to the U.S., Dhingra said.

Dhringra highlighted the experiences of immigrant physicians and nurses in the late 1900s as an example.

After the establishment of Medicare and Medicaid, Black students were denied entry into medical and nursing schools despite a growing need for patient care, he said. Even after they permitted Black students, graduates faced further racism when licensing boards prevented Black physicians from achieving proper licenship, leaving them unable to practice.

This led to a “brain drain” from Asia — a rise in physicians and nurses from India migrating to the U.S. in the mid-to-late 1900s. By 1975, hospitals in Detroit, New York City and Newark had more foreign-trained physicians than U.S.-trained physicians, according to Dhingra.

But Asian doctors were perceived as coming from third-world countries and being professionally unprepared. They had to undergo extra years of practice for licensing and had to pass harder exams to be able to practice in the U.S. Later, they were forced to work in worse conditions, like more night shifts. A sense of exploitation pervaded their experiences, according to Dhingra.

This immigration act was not only rooted in imperialism and neo-colonialism, but also a result of anti-Black racism, Dhingra said.

The importance of exploring migratory and cultural phenomena must be studied through lenses that realize the experience of all races to find the true history, he said, and pointed to the importance of expanding Asian American Diaspora studies and its research. 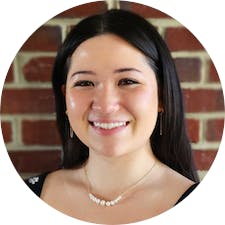 Olivia Kim is a Trinity first-year and a staff reporter of The Chronicle's 118th volume.