A look back at Martin Luther King Jr.’s history in Durham and at Duke

As Martin Luther King Jr. Day approaches, The Chronicle takes a look back to King’s five public appearances in Durham, one of which was on Duke’s campus.

King’s first Durham visit was on Oct. 15, 1956, when the Durham Business and Professional Chain, the local Black chamber of commerce, invited him to speak at the chamber's annual “Trade Week.” He spoke at Hillside High School, promoting democracy and calling for the end of segregation.

King’s second visit came on Feb. 16, 1960, as the sit-in movement spread to Durham from Greensboro. A week prior to King’s visit, over a dozen Black students from North Carolina College — now named North Carolina Central University — and four white Duke students held a sit-in at a Durham Woolworth. The students were denied service and the store eventually closed, which prompted students to march to two other stores, where they were also denied service and the stores closed.

"Let us not fear going to jail if the officials threaten to arrest us for standing up for our rights," King said. His remarks influenced further sit-ins in the Durham area.

Amidst the height of the civil rights movement, King came to Durham in November 1964 to speak at the Southern Political Science Association at the Jack Tar Hotel. During his visit, King spoke at Duke University in Page Auditorium and at North Carolina College’s McDougald-McLendon Gymnasium.

At Page Auditorium, 10 days after Lyndon Johnson’s presidential victory, he emphasized implementing promises from the 1964 Civil Rights Act, which Johnson signed into law earlier that summer. He spoke out against segregation, calling it a “cancer of the body politic that must be cured.”

While at North Carolina College, King delivered an address in front of 5,000 titled “Remaining Awake Through a Great Revolution.”

King was set to visit Durham on April 4, 1968 to encourage voter registration. However, he was supporting a sanitation strike in Memphis, Tennessee, which turned violent and forced King to cancel his Durham trip and stay in Memphis. He was assassinated on the same day.

In response to King’s assassination, Duke students in 1968 took part in a silent vigil from April 5-11. The vigil began on the West Campus Main Quad, where protesters organized and marched to the house of University President Douglas Knight.

The students presented a list of demands to Knight, including that he support an advertisement mourning the death of King in a Durham newspaper, raise the minimum wage of $1.15 to $1.60 for Duke employees, that he accept the legitimacy of collective bargaining for Duke employees, and that he resign from a segregated country club.

Comprised of over 1,500 students and faculty, the participants of the silent vigil boycotted classes and dining facilities to show support for striking dining hall workers. The nonviolent protest resulted in Duke administration forming committees for nonacademic personnel and raising the minimum wage to $1.60 by July 1, 1969.

A day after King’s assassination, thousands marched from Fayetteville Street to a rally held at Durham City Hall. One night later, arsonists set at least 13 fires in the city, including in the Ninth Street business district near Duke’s East Campus. National guardsmen were called in to the city, and a citywide curfew was imposed.

While events will take place all across the Triangle to honor King on Jan. 16, the University will hold a commemoration for King with keynote speaker Mikki Kendall, the best-selling author of “Hood Feminism,” on Jan. 15 at 3 p.m.

To find events honoring King around Durham and on Duke’s campus through volunteering, see The Chronicle’s list of events.

Duke is on the wrong side of labor union history. Here’s its chance to get it right

Forbidden real estate and broken promises: The history of housing inequality in Durham

'Innovative and modern in our approach:' Nina King introduced as Duke's next athletic director 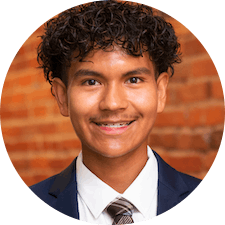 Share and discuss “A look back at Martin Luther King Jr.’s history in Durham and at Duke ” on social media.