Ahead of the midterm elections, student groups and physicians were preparing for the possibility of an abortion ban in North Carolina. But after Republicans fell just one House seat short of a supermajority, Democratic Gov. Roy Cooper held onto his veto power over bills that pass the General Assembly. After all the votes were counted, Gov. Cooper still holds veto power over Republican backed bills from the legislative branch.

However, there is one caveat: if one Democrat in the Assembly were to align with the Republican party, they could override the Governors’ veto power. Therefore, abortion laws remain on the line in North Carolina.

Because of this caveat, the conversation has not ended within Planned Parenthood Generation Action, a national organizing network of student activists across college campuses. Senior Anna Muthalaly, one of the organizations’s co-presidents at Duke, noted that many other student groups are pleased with the results of the elections because the GOP fell short of regaining the sought after supermajority.

“Planned Parenthood isn't in that position, because on the topic of abortion, the North Carolina legislature simply isn't there … things feel a little bit less tense, because it wasn't the worst possible outcome … but we are prepared for a January in which abortion access is severely rolled back or eliminated,” Muthalaly said.

“We still need to be so politically engaged in terms of our lobbying,” she added.

North Carolina is one of a handful of states that has experienced an increase in abortions since April, according to a report released in October by WeCount, a group led by the Society of Family Planning. The WeCount report “aims to capture the shifts in abortion access by state” since the June Supreme Court decision.

In August, North Carolina saw a 37% increase in abortions since April. Other states with similar increases were Kansas (36%) and Colorado (33%), per the report.

Nationwide, abortions decreased by roughly 6% between April and August, according to the report.

This increase does not indicate an increase of North Carolina residents receiving abortions, but instead a movement of women from other states traveling into North Carolina to receive care.

The Charlotte clinic also saw a large spike in out-of-state patients: 52% of their patients in August were from out-of-state compared to 14% just a year prior.

Beverly Gray, a Duke Health obstetrician and gynecologist, warned of the growing disparities in abortion access.

Even within North Carolina, abortion is not accessible to all residents as the laws currently stand. As of an Aug. 17 ruling, the state’s general ban on abortions after 20 weeks of pregnancy can legally be enforced.

The state's laws also include several restrictions that have hindered access, including the 72 hour mandated waiting period.

Duke Health continues to offer various contraceptive and family planning services, including abortions, to residents and those commuting for services. Duke Health stated in June that they “will assess changes if required by law.”

Within Duke’s Obstetrics & Gynecology School of Medicine, different groups took action before the recent election towards advocating for the preserving of abortion access in the state. One Duke based medical group that spoke up about the Dobbs v. Jackson ruling was the Duke Reproductive Health Equity & Advocacy Mobilization Team.

“We've been meeting with our local representatives and just talking with them about the legislative process and getting advice, and when possible educating them about our roles as physicians and why this care is important,” said Gray, founder of the DREAM team.

With Republicans on cusp of supermajority, what voters can expect from newly-elected NC state government

Even as the future of abortion appears sound as Gov. Cooper maintains his veto power for the next two years, abortion rights activists, student groups and physicians remain on high alert.

“I think there's a very good possibility that there will be anti-abortion bills that are introduced in this spring session,” said Gray. “We want to be proactive, as far as educating folks around why these bills have negative impacts for the people of North Carolina.” 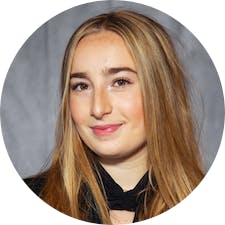