Though this year’s Blue Devils may have failed to match last year’s accomplishment of securing a No. 1 seed in the NCAA tournament, the selection committee has smiled upon Duke once again.

Duke was awarded a No. 2 seed in the NCAA tournament Monday by the NCAA selection committee, affording the Blue Devils home-field advantage through at least their first three rounds; should they advance past the Sweet 16 while No. 1-seed Alabama gets upset in an earlier round, they will also host the Elite Eight at Koskinen Stadium. Duke (12-4-3, 6-2-2 in the ACC) received a top seed last year, and averaged over 1,600 fans across the four rounds in Durham—despite the final one occurring during students’ Thanksgiving recess.

Home-field advantage has actually not been a demonstrable boon to the Blue Devils over the past few years with the team boasting a better winning percentage on the road than at home since 2019. However, Duke is 21-1-1 all-time in NCAA tournament games at home under head coach Robbie Church, including an advancement on penalty kicks. The lone loss was last year’s season-ending upset at the hands of Santa Clara.

“I think with this team, [playing at home]’s a really big advantage,” Church told The Chronicle. “Because we've been on the road a ton. … Since the ninth of October, we've been [on the road] about a month. We've only had one home game in that month. … So I think with this team, to be able to come back home, to establish that is really, really big.”

The Blue Devils were a shoo-in for a No. 2 seed after taking North Carolina, ranked No. 2 in the poll, to penalties in the ACC tournament semifinals last Thursday. By earning that high of a seeding, Duke was able to avoid the other conference powers, including No. 1-seeds Florida State and Notre Dame and the Tar Heels, who it’s played twice this season. And after having played No. 1-seed UCLA close in September, the Blue Devils were a natural fit for the Tuscaloosa, Ala., region.

“A really, really solid year for us,” Church said. “We did have some up and downs with it, but then we played the nation's toughest schedule. And I think that schedule really paid off for us. So I think it's kinda right where we thought we'd fall.”

Top-seeded Alabama currently sits at 19-2-1 on the year (10-0 in the SEC), a full 4.5 games better than any season in team history. The Crimson Tide were defeated only once in their regular season (a game in which they out-shot Miami 22-3), and were on a 16-game winning streak, in which only four of their wins were decided by a single goal, until the SEC semifinals last Sunday. The team that handed Alabama just its second loss of the season? The Tuscaloosa region's No. 3 seed, South Carolina.

Before Duke can worry about hosting Nicky Chico’s younger sister (a freshman defender for the Gamecocks), it has to get through an opening-round match against Radford Saturday. The Highlanders were only seeded third coming into the Big South conference tournament, but notched two wins to secure an auto-bid. The team Church described as “athletic in their league” is 0-2 against the Blue Devils in the NCAA tournament, having been outscored 10-1. Attacking midfielder Maggie Graham will be missing from that game after receiving a red card during Duke's last match.

Should Duke advance past Radford, it’ll play the winner of Texas-Texas A&M—a matchup Church called “a spicy one.” The Longhorns are loaded with young talent, but have struggled to consistently put it all together this year, having recently failed to convert on what should have been wins against Iowa State and West Virginia. Still, Texas has been playing better as of late than it did in a lackluster nonconference slate. The Aggies, on the other hand, won fewer than half their games this season, and have only won one of their last four games.

There’s a chance that the Blue Devils play an SEC team three-straight rounds en route to the College Cup (Texas A&M, South Carolina, Alabama). That conference, historically in the shadow of the ACC and Pac-12, has been improving in recent years, and boasts three top-three seeds in this year’s NCAA tournament. But some have argued that the top teams in the SEC have boosted their resumes by beating up on each other and still don’t measure up to the ACC.

To get back to the College Cup, Duke will have to prove that collegiate soccer still runs through the state of North Carolina. 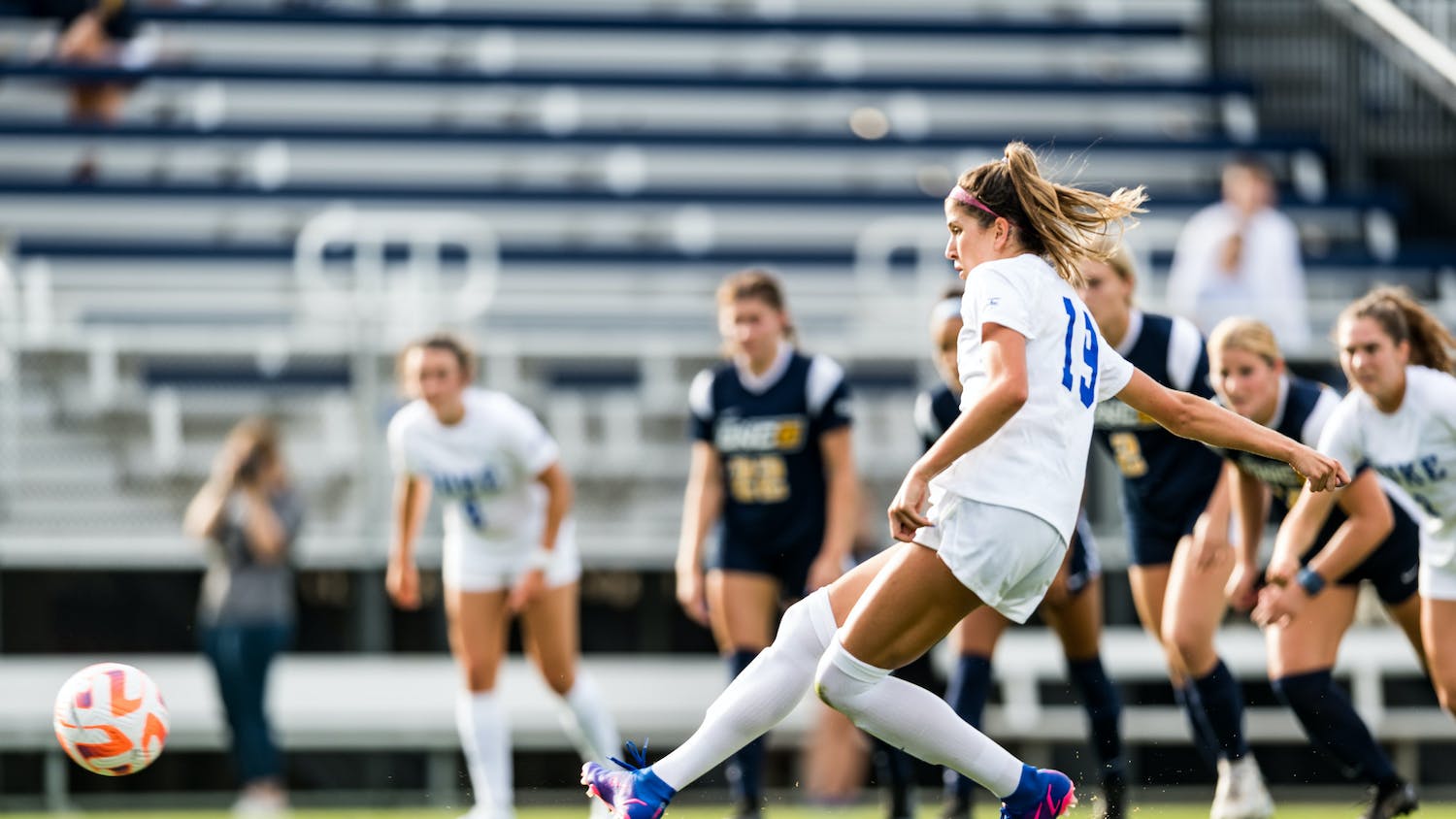