After an up-and-down 2021-22 season, Duke returns to the hardwood this year with a handful of fresh faces and true grit. In this series, the Blue Zone analyzes the new signees’ film for the 2022-23 season. We previously looked at Kennedy Brown, Taya Corosdale, Ashlon Jackson, Emma Koabel, Mia Heide and Reigan Richardson. Finally, let’s look at Shay Bollin:

One of the most intriguing incoming freshmen is Shay Bollin, a four-star forward who played high school ball at Bridgewater-Raynham Regional High School. Bollin was the seventh-ranked forward in her recruiting class and 33rd overall. Her 6-foot-3 stature will be helpful on a relatively undersized Blue Devils team; the roster only has three other players listed at Bollin’s height or taller.

After being forced to sit her junior season out due to injury, the Raynham, Mass., native was once again sidelined as a senior following another undisclosed injury that required surgery. That being said, the surgery was deemed successful and she should be ready to play when the season begins in November.

Bollin’s primary utility comes on the offensive end of the floor. Her ability to pull defenders out of the paint with a devastating three point shot allows her to stretch the opposing defense and create more space for her teammates. In the clip below, Bollin pulls up from deep with a defender in her face and nails the shot.

But Bollin isn’t just a perimeter shooter; her height makes her a dual threat, too. She can take the ball into the paint and punish defenders on the glass.

On top of her individual scoring ability, Bollin is a maestro when it comes to distributing the ball. She can find open teammates anywhere on the floor, and her passing ability will be a key asset for the Blue Devils this year.

With all these weapons, she averaged 18.8 points, 10.0 rebounds and 2.6 assists per game in her sophomore year, the last time she played a full high school season.  The addition of Bollin to this Blue Devils team means the addition of offensive production. Her ability to score from anywhere on the floor will force defenses to stretch out, creating space and opportunities for the rest of the team. 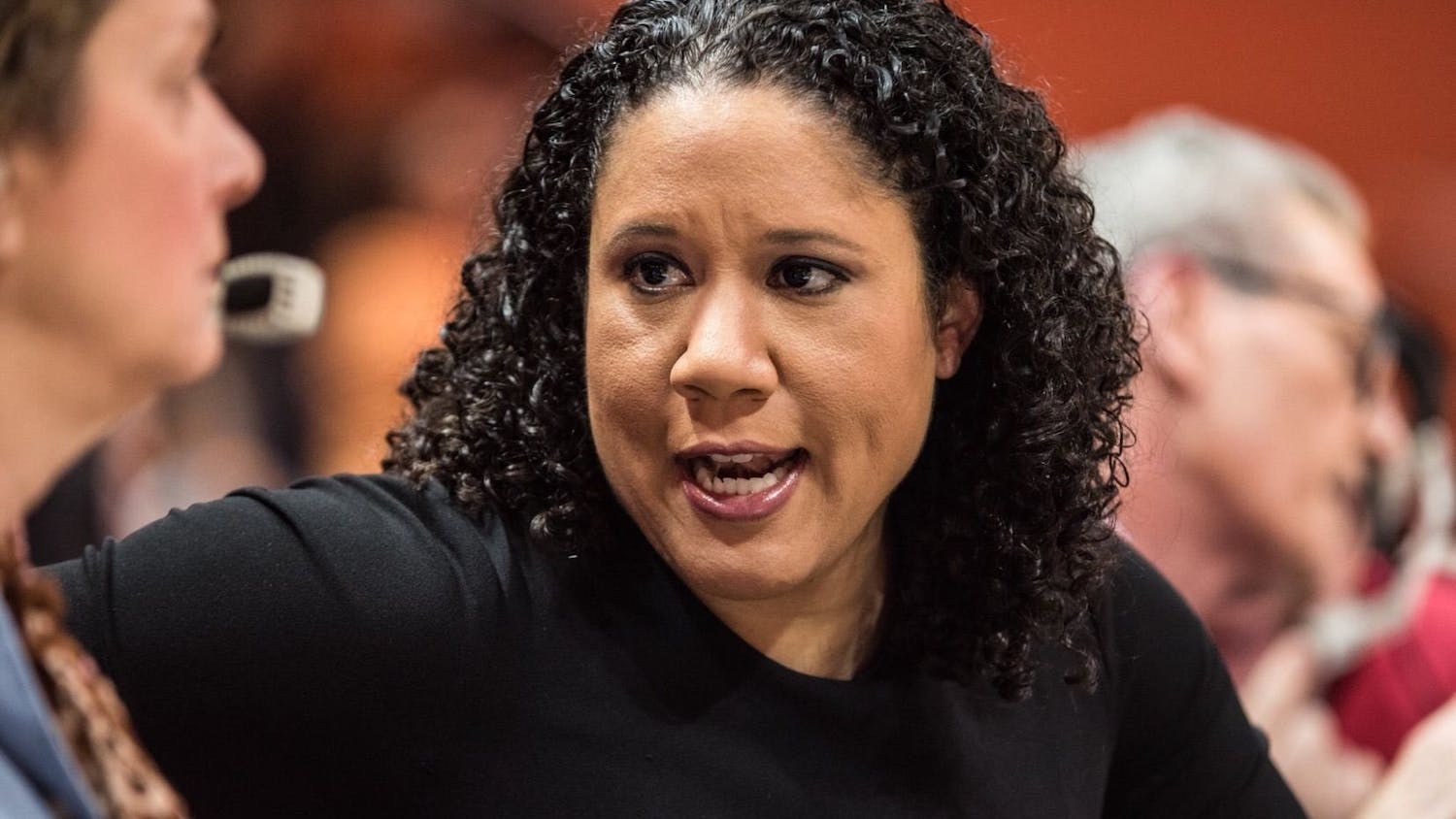 ‘A light upon the nations’: Yalla, a kosher and halal food truck, looks to use cuisine as interfaith bridge

5 observations from Duke men's basketball's first half against Virginia Tech