'Get it done': Devastating loss to North Carolina shows Duke football is beyond taking moral victories

The Blue Devils have three losses, each by a single possession. They are knocking on the door of their fifth win, which would give them as many as in the previous two seasons combined. The strides the team has made since even last year are undeniable, and contending at all in these key games seems like a victory in and of itself.

But after falling to current No. 19 Kansas 35-27 back in September, head coach Mike Elko said it himself: “We're certainly not looking for moral victories around here.”

It was true then, but after falling in devastating fashion to archrival North Carolina 38-35 at home Saturday just a week after an overtime heartbreaker at Georgia Tech, the sentiment rings even more true. The Blue Devils have moved past looking for moral victories. They have made the progress, they have reached the milestones like Elko’s first ACC win. They have proven they have what it takes to win. Now it’s time to win.

Against Kansas and Georgia Tech, the loss was likely easier to swallow because in both of those games, for as close as Duke got to a victory, it had played from behind the entire game. But playing North Carolina was different. At home, in front of a rabid, infectiously supportive crowd, the Blue Devils seemed to pass muster at every level in a way they had not really before, at least not against a legitimate opponent.

Sophomore quarterback Riley Leonard was lights out. The Fairhope, Ala., native threw for 245 yards and ran for 130 more, including the play of the game in which he, after getting sacked the play before, broke through traffic to run the ball 74 yards into the end zone. He took the challenge of the game—facing off against one of the nation’s most sensational quarterbacks—on the chin just like he has all season and proved why he is the rightful leader of the Blue Devils.

The backfield, too, answered the call, without redshirt junior and leading rusher Jaylen Coleman. Jordan Waters, Jaquez Moore and even freshman Terry Moore more than filled in the gaps, running for a combined 169 yards and three touchdowns. The offensive line was also dealing with injuries, but, for the most part, they kept Leonard out of danger and helped him make some crucial plays.

The defensive line stood out, though. The unit did something few have been able to do: get quarterback Drake Maye to make mistakes. Maye is the conference leader of almost every quarterback stat, and the 6-foot-4, 220-pound redshirt freshman looked every bit his billing at Wallace Wade Stadium as he threw for 380 yards. Still, the defensive line, led by junior captain DeWayne Carter, found ways to get at him, sacking him three times and recovering two fumbles, the first of which turned into a touchdown drive for Duke and the second of which was a personal foul call away from being another Blue Devil touchdown.

“This is how a rivalry is supposed to be,” Carter said of both teams’ performances. “I mean, I wouldn’t have it any other way … except for a win.”

Of all the things the Blue Devils have figured out, though, they have not quite figured out how to close the distance in tough games. You can argue that they should have won at Georgia Tech if not for a pass interference call in overtime, or that several calls prevented Duke from holding a wider lead Saturday as Maye marched down the field during a two-minute drill.

However, deflecting blame for a loss and claiming it was out of a team’s hands does a disservice to the team. Softening the loss with platitudes as if it was enough to just get close does an even bigger disservice. Duke had the capability to win, and it showed that. But it could not afford to give up three unanswered touchdowns after holding an 11-point lead. It could not afford to let a receiver break free in the end zone with less than 30 seconds left.

The improvements that the Blue Devils need to make, the remedies to all the things that went wrong to give their rival the win, are all very doable. With five games left in the season and just two wins out from bowl eligibility, there is a good chance Duke does those things. But until it can make the adjustments to close out close games, we can’t keep falling back on how amazing it is that the Blue Devils are in a position to do that in the first place.

Sure, the Blue Devils got blown out 38-7 last season against North Carolina, and it is tempting to commend them for such a quick turnaround. But this is a completely different team. Leonard is not Gunnar Holmberg. Elko is not David Cutcliffe. And this group gets to set new expectations for itself.

It’s a tough Catch-22. The moment you become good enough for moral victories is the moment you are too good to take them. The expectation then becomes winning football games.

Duke itself knows where it is and what its goals are; the dejected faces of Elko, Leonard and Carter after the loss are not the faces of people taking moral victories. It’s time that those watching this Duke team catch up.

This is a team that is ready and able to win. And when it does that consistently, that will be a victory. 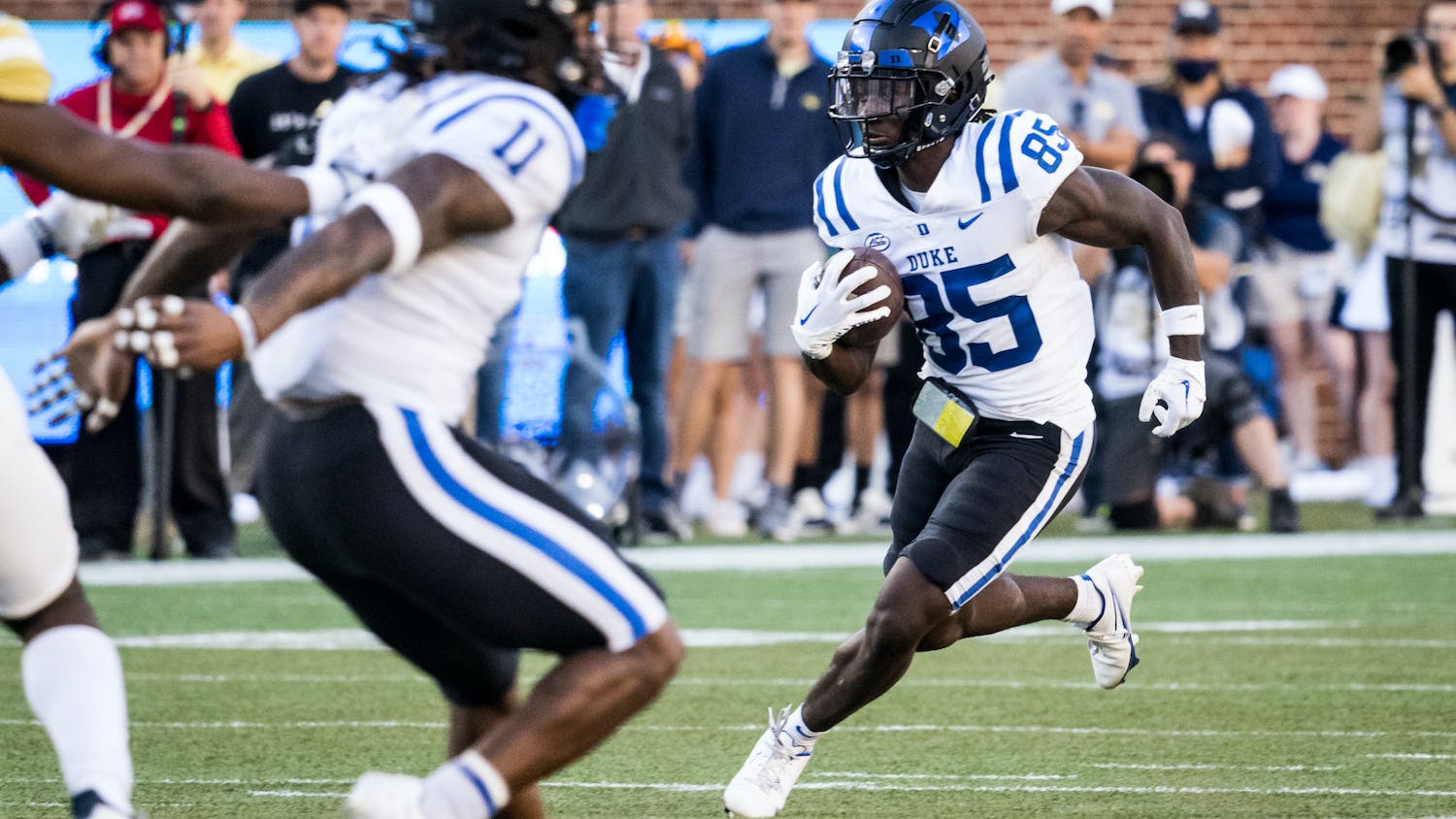 Sasha Richie is a Trinity senior and a sports managing editor of The Chronicle's 118th volume.

Share and discuss “'Get it done': Devastating loss to North Carolina shows Duke football is beyond taking moral victories” on social media.