The North Carolina Rules Review Commission denied the edits regarding election observers, who are appointed by political parties, on Aug. 26, citing a lack of an urgent need. The North Carolina State Board of Elections initially proposed the changes on Aug. 16.

The NCSBE received complaints about observers’ behavior at polls from previous elections, including reports of observers interfering with voters’ ballot submissions, talking to voters about political issues and asking voters to disclose confidential information.

The Southern Coalition for Social Justice, a Durham-based nonpartisan election protection organization, received 546 calls from voters about voter intimidation, according to a 2020 report.

“In 2020, we had a lot of reports of aggressive electioneering, people waiting in line to vote, people maskless up in their face trying to advocate for whatever candidate or issue,” said Jeff Loperfido, senior counsel of SCSJ’s voting rights group.

Loperfido said that there are also “extreme racist, fascist groups” in North Carolina which seem to become more politically active around election times.

Recently, the so-called “Trump Truck Train,” a vehicle parade that marched to the Board of Elections office during the 2020 election, made headlines as an act of voter intimidation.

In the past three years, election officials have also faced intimidation, forcing 43 of the 100 county election directors in North Carolina to resign from their positions.

The amendments would have clarified what constitutes “confidential voter information” that observers could be removed from the polling area for viewing, according to a draft of the proposed changes added to the North Carolina Administrative Code.

Additional changes would have included allowing observers to enter polling places without waiting in line and allowing chief precinct judges to access lists of observers before Election Day.

In their decision, the commission wrote that the NCSBE failed to establish “the need for the rule to become immediately effective in order to preserve the integrity of the November 2022 elections and the election process.”

The Chronicle reached out to Patrick Gannon, NCSBE public information director, who did not respond.

If the commission had accepted the proposed amendments, there would not have been sufficient time for the changes to be permanently codified in the NCAC. According to the NCSBE, in order to adhere to the full rulemaking process, the board would have needed to approve the rule change by May 24 in order to take effect before the Oct. 20 start date.

After the commission denied the amendments, the Board stood by their proposed changes, pointing to reports of intimidation in the May primary and a need to preserve the integrity of the upcoming election.

“We do not have the luxury of time to go back and forth with the commission or the courts to ensure that our reasonable rules are put in place before voting begins,” NCSBE Chair Damon Circosta said in a release. 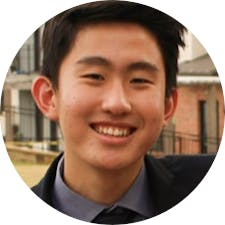 Andrew Bae is a Trinity first-year and a staff reporter of The Chronicle's 118th volume.