Like yin and yang, offense and defense are opposite, but interconnected forces. It’s simple: You cannot win without both.

Duke embodied that as it defeated Elon 1-0 Tuesday evening at Rudd Field, keeping its undefeated record intact through six games this season.

“It's tough to play against them. We had to be strong and adjust our style … knowing that they were going to throw a lot of players in our defending area,” head coach John Kerr said.

The constant whistle-blowing from last week's 1-1 tie against North Carolina also did not end in Elon, N.C. Twenty-nine total fouls were awarded throughout the game, the same amount as against the Tar Heels. The No. 7 Blue Devils (5-0-1) received 13, and the Phoenix (5-2) 16.

One of those fouls came early in the second half. Senior forward Scotty Taylor was elbowed in the face by a member of the Phoenix as they competed for a header just outside the box, which resulted in a Duke free kick. Sophomore forward Shakur Mohammed took the kick and placed it perfectly for the only goal of the night.

The Blue Devils found success changing their possession style in the second half. They were stingier, which prevented the Phoenix from taking control. Duke’s steadfast back line was a crucial component of that. The trio, including two freshmen, Axel Gudbjornsson and Kamran Acito, prevented Elon’s every attempt to equalize the game during the second half.

Sophomore midfielder Ruben Mesalles, on the other hand, only played in the second half due to ankle swelling from last week’s game against North Carolina. Mesalles was taken out just 10 minutes after assisting on the only goal of that game, and it seems he is still working back to full strength. Meanwhile, Mohammed’s goal marked his fourth of the season surpassing the three total he scored in his freshman season last year.

“They've all been terrific … but there's always room for improvement and making adjustments,” Kerr said of his team. “We were able to be more precise with our passing, and that made a big difference.”

The difference between the first and second half was noticeable, as the Blue Devils' offense and defense worked in harmony to block Elon’s attempts to take possession. Beyond defense, including a four-save effort from graduate goaltender Eliot Hamill, Duke did not shy away offensively, as they kept the ball in their possession for the majority of the game.

Still, the defensive battle could be seen on both sides, especially in the first half. Duke’s offense would have the ball, then the Phoenix’s backline would take it back, and vice versa. The game was a constant back-and-forth between the Blue Devils and the Phoenix.

Tensions between the teams reached a high during the last ten seconds of the game, as Elon received a foul leading to the Blue Devils receiving a free kick.

However, the Phoenix had not stopped fighting even with a minute on the clock. They had an opening to equalize the game with a corner kick less than 60 seconds from the end of the match, but they came up empty. An Elon foul and a Hamill boot across the field saw the clock run out with the ball in the Phoenix's possession. Duke had earned the victory.

“Elon has a really good team…this is a favorable win for us when it comes down to seeding in the NCAA tournament,” Kerr said. “[Moving forward, we want to] keep doing what we are doing… and win as many ACC games as we can.”

Duke will play its third ACC game Saturday when it takes on Boston College at Koskinen Stadium. 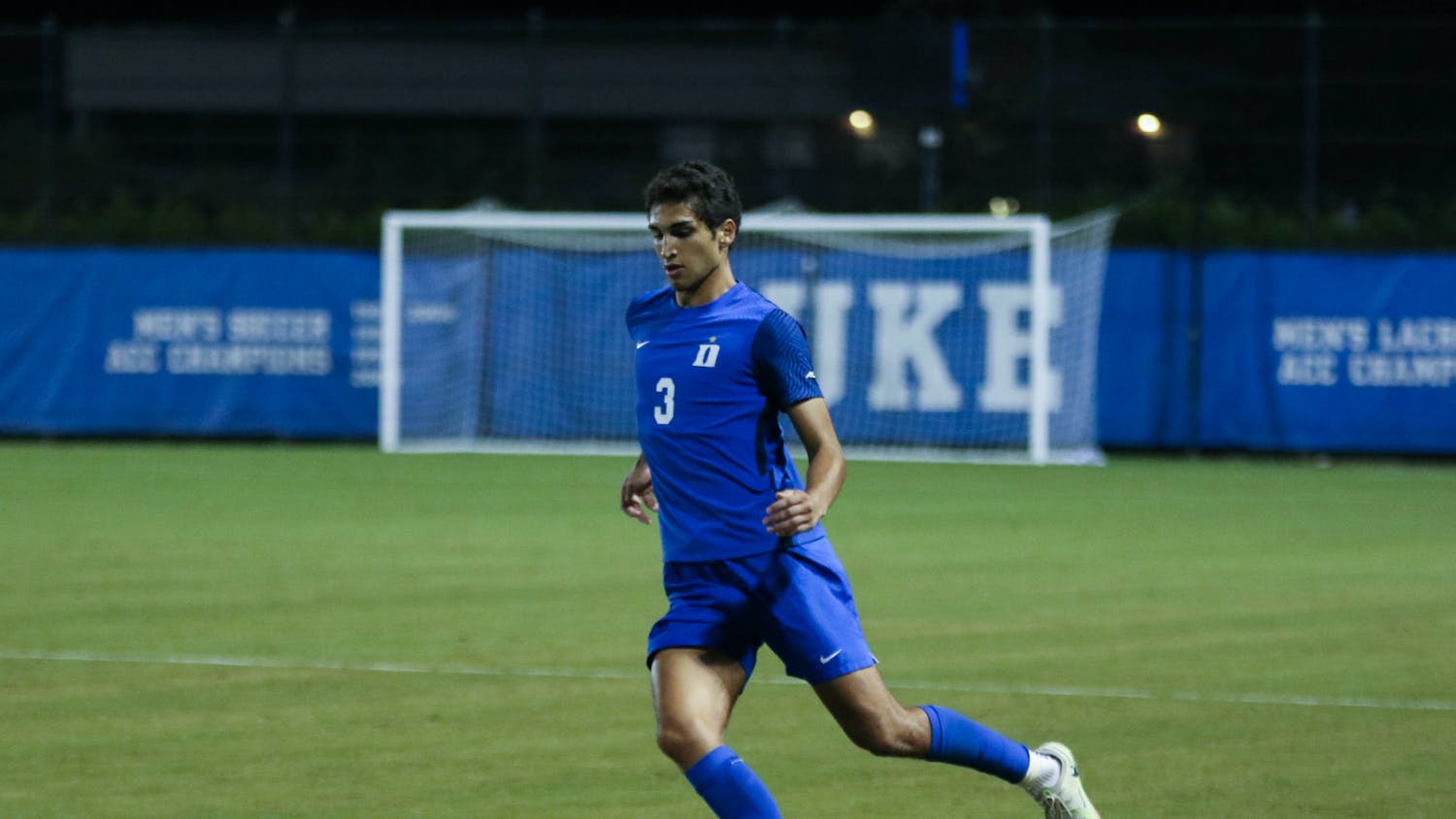 "People are not crimes."

Beats' picks: Will Duke football get back in the win column in ACC opener against Virginia?