'All the confidence in the world': In Duke football's win against North Carolina A&T, Leonard proves himself again

Duke’s second home game at Wallace Wade Stadium was a mirror of its first, and the most notable reflection was the greatness of the quarterback at the center of it all.

The Blue Devils are just three games into sophomore Riley Leonard’s tenure as Duke’s starter and, if it was not already clear, it is finally safe to say that the team has found its quarterback. His third-straight strong opening allowed the Blue Devils to build their third-straight 21-0 lead Saturday evening on their way to a 49-20 win against North Carolina A&T.

Leonard has proven to be not only exactly what the Blue Devils had likely hoped for in a signal caller, but he could be their best since Daniel Jones elevated Duke to new heights. If someone is to lead this program back to that level, Leonard appears to be the man.

“To have 10 guys on the field that you know are going to be at the perfect spot doing their job, it makes my job easy and gives me all the confidence in the world,” Leonard said about his offense.

The last time the Blue Devils were at home, Leonard started off firing on all cylinders, as he completed his first 15 passes against Temple and finished 24-of-30. His sequel last night was just as remarkable. Saturday, Leonard could not miss early on again, as he completed his first 11 passes before tossing an interception and went on to finish with an impressive 11-for-12 clip.

A pattern is beginning to emerge: The accuracy of this young quarterback is through the roof, even as he is just getting his toes wet as a starter. Leonard has Duke third in the ACC in offensive efficiency and sits third himself in completion percentage at 72.7%.

Leonard’s precision was accompanied Saturday by explosive plays, as if massive gains for the Blue Devils were inevitable. Against North Carolina A&T, Leonard compiled more than 14 yards per completion before the offense completely shifted to a ground attack. Early on, that explosiveness allowed the Blue Devils to strike fast and quickly build momentum that would sustain them through the rest of the game. His 155 yards and two passing touchdowns came in only a single half, as he did not need to attempt a pass after halftime.

“I thought [Leonard] handled the game well tonight and I think he managed it well,” Elko said. “He made some throws early, we knew we were gonna have to make some throws to loosen the box.”

But Leonard’s efficiency Saturday did not stop with his arm, as his legs quickly became a major asset for the Blue Devils. Against the Aggies, Leonard was Duke’s leading rusher, accumulating 66 yards on the ground and punching in two touchdowns. That includes the longest run of the game, which he took 56 yards on a third-quarter read-option to the end zone. He did all of this in just five rushing attempts, putting his average yards per carry at 13.2.

Leonard’s legs might be the secret to his sauce. As with his passing, he has rarely forced the action and has picked his moments perfectly to this point. The best example of this Saturday came early in the first quarter when Duke had been pushed into a fourth-and-3 and Leonard was able to save the drive by scrambling and sliding in for the first down. Rushing was never his first option on the play—he spent plenty of time scanning the field for an open receiver. Then, instead of forcing an unfavorable pass, he had the awareness to take the opportunity and convert on his own.

So far, Leonard looks to be a legitimate dual-threat quarterback. He has 147 rushing yards on the season, which puts him right in the mix with Duke’s leading backs Jaylen Coleman (177) and Jordan Waters (174) for the team lead.

There is also always the question of the headspace of the quarterback. First-year head coach Mike Elko has brought a renewed level of intensity to Duke, but in order for that to fully translate to the team, it first has to translate to the quarterback. Fortunately for the Blue Devils, that seems unlikely to be an issue, because there is no doubt that Leonard’s head is in the right place.

This mentality appears to be spreading across the entire team. After Saturday’s win, Elko touched on this change, one that he is beginning to notice.

“The thing that I was the most proud of in that locker room after the game is my personality is finally wearing off on these kids and all they want to talk about was what was next,” Elko said in reference to the team’s state of mind.

When a new head coach and a new quarterback are so quickly in sync, it raises the ceiling of the program and its future significantly. Elko and Leonard showcased their instant connection again Saturday and fit perfectly with one another.

Duke’s young quarterback will only improve as he gains experience and maximizes his chemistry with his teammates and coaches. For the Blue Devils, though, it is time to check the quarterback box off, because that appears to be as locked in as it gets for the near future. 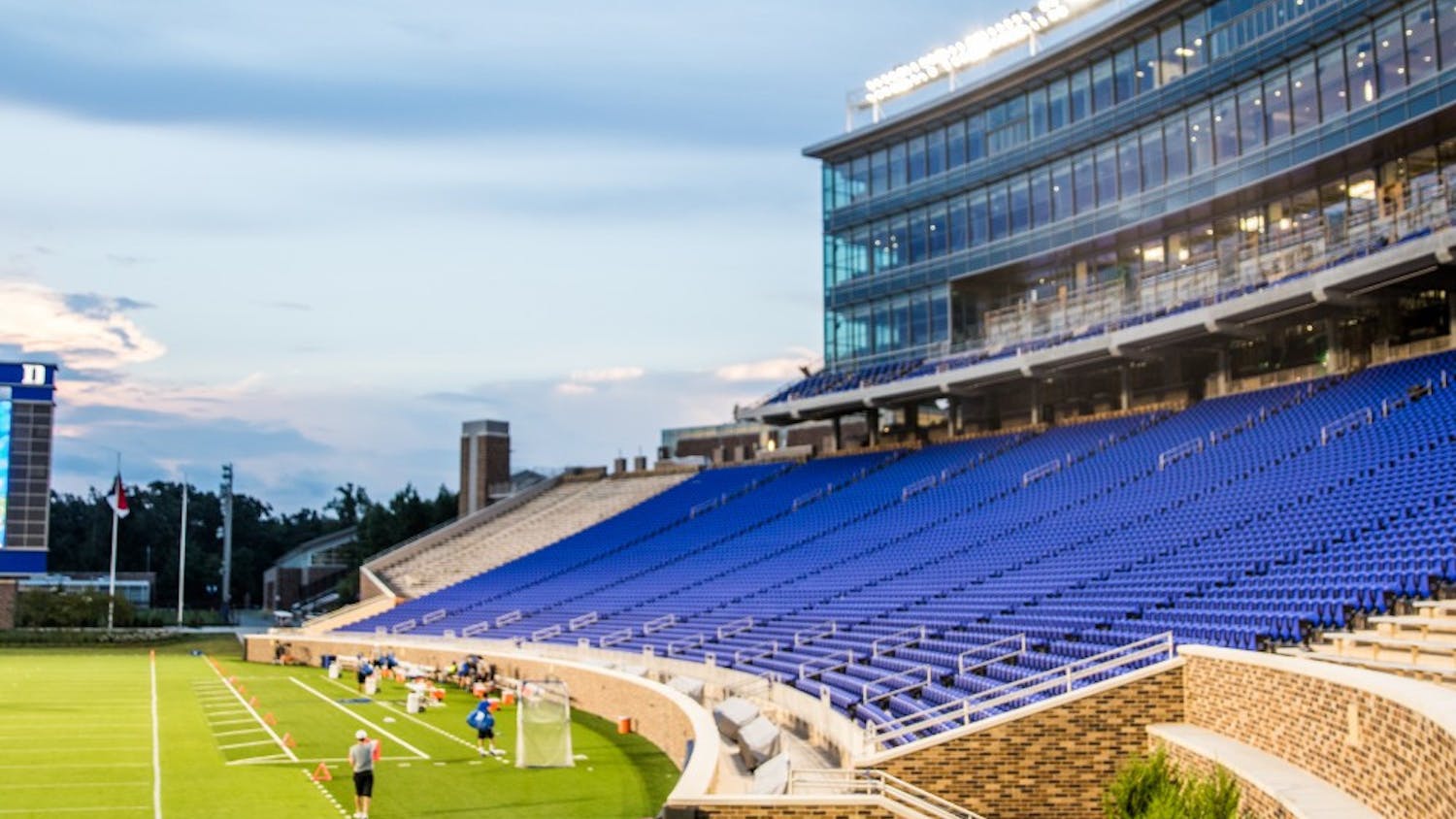 Share and discuss “'All the confidence in the world': In Duke football's win against North Carolina A&T, Leonard proves himself again” on social media.

‘A light upon the nations’: Yalla, a kosher and halal food truck, looks to use cuisine as interfaith bridge

5 observations from Duke men's basketball's first half against Virginia Tech