There was a new energy Friday night inside Wallace Wade Stadium, especially in the northeast corner of the stands. Duke's student-engagement efforts paid off in a big way, as the student section made its presence felt in a way not seen in years.

Now, head coach Mike Elko and the Blue Devils are doubling down on those efforts.

In a Tuesday email to students who attended the Blue Devils' Friday win against Temple, excluding freshmen, Duke announced it would provide Duke football jerseys to students featuring their graduation year on the front and back. Similar jerseys, featuring the number "26" and with the addition of each student's last name, were given to all first-year students at August's Experiential Orientation.

"It’s a priority for us to engage with the Duke student body because they are a very important part of our program," Elko wrote to The Chronicle Tuesday evening. "The energy from the student section in the Temple game was incredible and for sure played a role in our success. We’ve gotten great feedback on the Class of 26 jerseys, and it’s exciting to expand this initiative to the upperclassmen."

Hey @DukeStudents you asked, we delivered!! See you all the 17th? #BleedBlue pic.twitter.com/AzZhIynsyo

Since joining the Blue Devils as head coach in December 2021, Elko has appeared to make a concerted effort to reinvigorate student support surrounding the football program. Most recently, the former Texas A&M defensive coordinator reaffirmed his belief in the importance of a strong "student base" at Duke's Aug. 20 media day.

Friday's game hosted 20,772 fans, the largest Wallace Wade crowd since 2019. As Elko announced in February at halftime of a Duke men's basketball home game, the students' area was moved from its previous location behind the end zone to the northeast corner, where it encompasses the Duke players’ tunnel and stretches to behind the visiting team's bench.

"What an amazing night to be part of the Duke Blue Devil football program," Elko said after the game. "Amazing turnout from our student section, an amazing atmosphere in that stadium. From a starting point, we asked a lot of people to believe in where this program could go, and it was just awesome to see the students come out like they did tonight."

Elko teased the coming promotion in a Twitter post Saturday afternoon, responding to a user who asked the first-year head coach to expand the student jersey giveaway beyond the freshman class.

Let's see what we can get done… https://t.co/8pfOUjcFAG

Students, who must register for digital football tickets by Friday at 9 a.m. in order to be eligible, can sign up online for a jersey before the Friday deadline.

Jerseys will be distributed the week of Oct. 10 in advance of Duke's Oct. 15 matchup against North Carolina at Wallace Wade.

Duke is back in action Saturday at 12 p.m. at Northwestern. 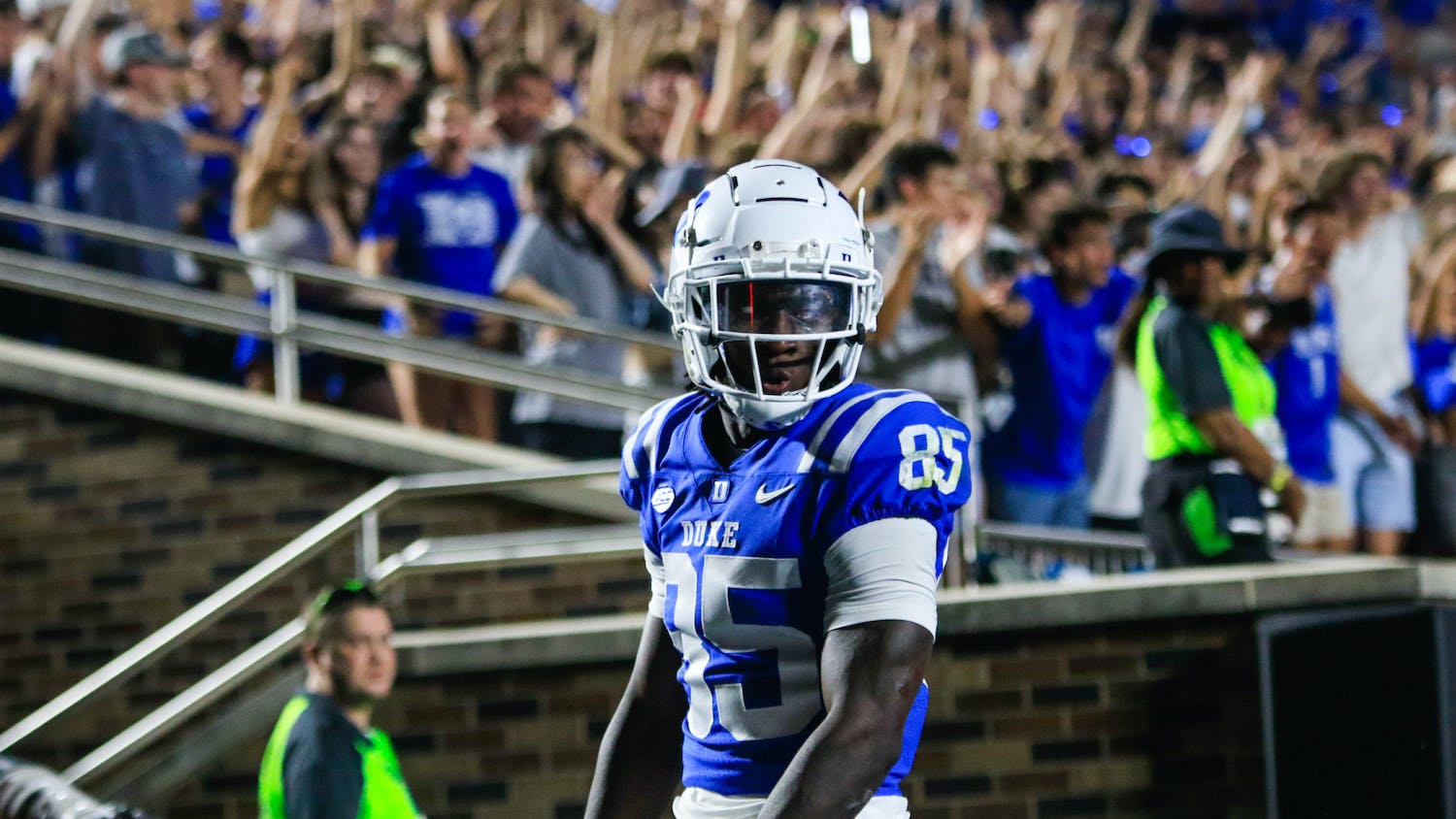