Duke volleyball sophomore Rachel Richardson released a statement Sunday afternoon via Twitter detailing her experience in Duke's Friday match against BYU. Richardson was the target of a racist incident in Friday's match at Smith Fieldhouse in Provo, Utah, in which a non-student fan seated in BYU's student section repeatedly directed racial slurs at her. BYU announced Saturday that the fan had been banned from future sporting events.

In her statement, Richardson wrote that "my fellow African American teammates and I were targeted and racially heckled throughout the entirety of the match."

"The slurs and comments grew into threats which caused us to feel unsafe," Richardson wrote. "Both the officials and BYU coaching staff were made aware of the incident during the game, but failed to take the necessary steps to stop the unacceptable behavior and create a safe environment."

"They also failed to adequately address the situation immediately following the game when it was brought to their attention again," Richardson added.

Richardson added that she does not believe the incident is a reflection of BYU’s athletes' beliefs and commended BYU athletic director Tom Holmoe for being "quick to act in a very respectful and genuine [manner]." Holmoe is ensuring staff and players have education and training to “handle and prevent the racist, ignorant, and asinine behaviors that were exhibited by their fans during the match,” according to Richardson.

Richardson expressed gratitude to Duke athletics "for being quick to act on my teams' behalf," the Blue Devils' coaching staff and players "for immediately dealing with the situation to the best of their ability the minute they were made aware of it," and "anybody who has reached out."

In the final paragraph of her statement, Richardson acknowledged that "some people would have liked more to happen in the moment."

"Although the heckling eventually took a mental toll on me, I refused to allow it to stop me from doing what I love to do and what I came to BYU to do; which was to play volleyball. I refused to allow those racist bigots to feel any degree of satisfaction from thinking that their comments had ‘gotten to me.’ So I pushed through and finished the game.

In a statement Sunday, Duke President Vincent Price wrote that he was “outraged by the racist slurs and taunts directed at members of our volleyball team.”

“Duke is fully committed to providing a safe, inclusive environment for competition, and we will not tolerate any racism or harassment of our student-athletes, coaches, staff, or fans,” he wrote.

Price added that he will be working with Coach Jolene Nagel and her team to “provide any assistance and resources they may need,” and commended Duke's players, coaches and staff’s leadership.

"Our utmost priority always has been and will continue to be the safety and well-being of our student-athletes," the statement read. "On Friday night, immediate action was taken by our student-athletes and staff to address the horrific circumstance which included racial slurs and threats, and additional protocols were followed via conversations following the match."

Duke's Saturday match against Rider was moved to an alternate location following Friday's events and was only open to staff and family. Richardson played and recorded a team-high three aces as the Blue Devils won 3-1 for their first victory of the season.

This is a developing story and will be updated as more information becomes available.

This story was updated Sunday night to include Duke volleyball's statement. 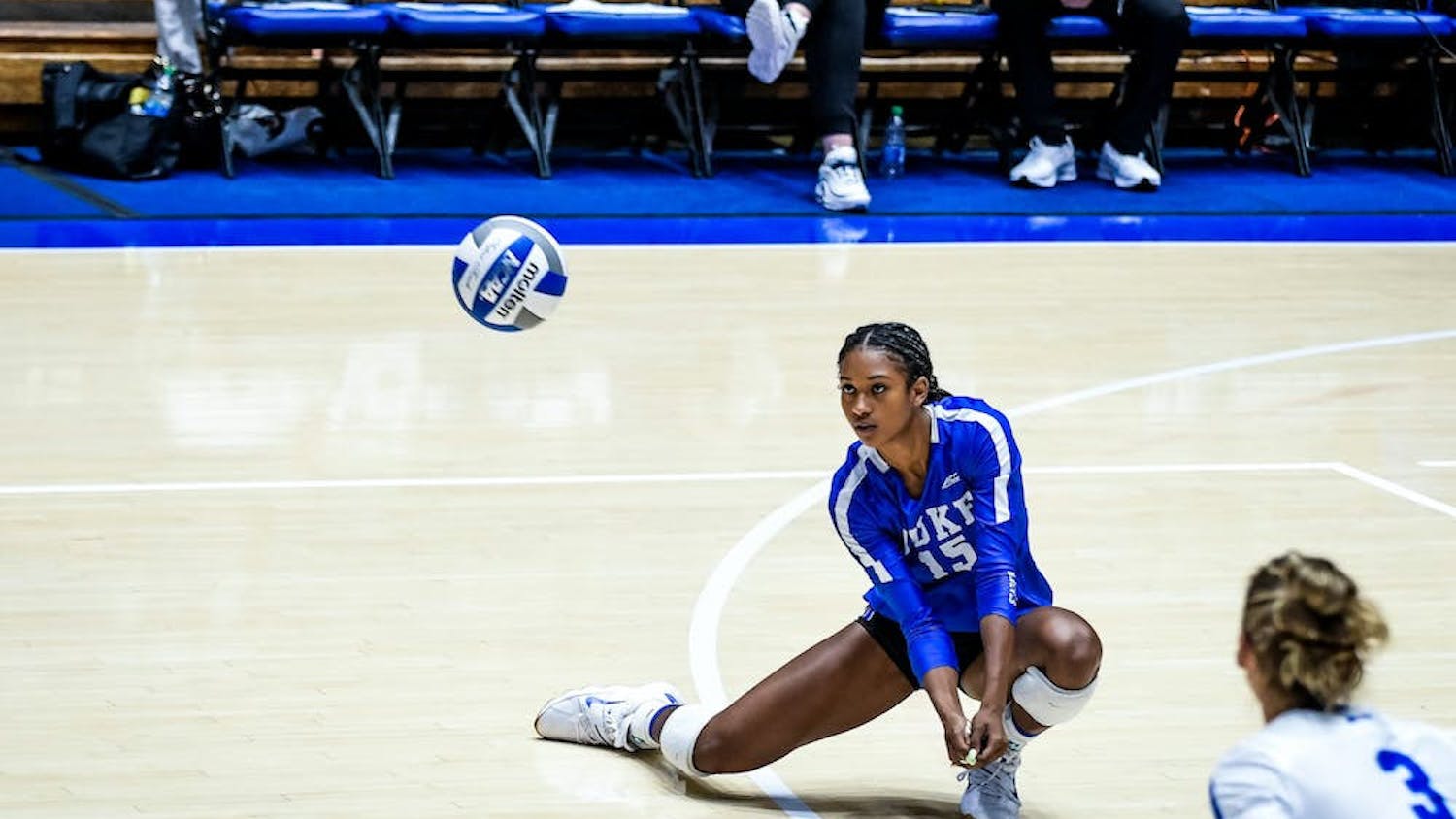