When asked to describe its season in one word, Duke swimmers and divers offered these, creating an atmosphere of excitement following their shaky season from a year ago.

While the men’s loss to No. 12 Virginia Tech wasn’t shocking, starting the season with a loss is never exciting. Additionally, the men last week lost every single event to Virginia Tech. This made the men’s win this week—where they won 17/23 events—all the more meaningful, giving the squad momentum heading into the busiest part of its season.

“Coming off VT…[this meet was] really important to get that energy rocking, and we did a great job of that,” said team captain Cole Reznick, who swept the men’s IMs.

The energy has been building for a while, and in good part thanks to the women’s team. After a tie for the women against Virginia Tech last year—the first tie for women in program history—the Duke women claimed victory this year, upsetting No. 18 Virginia Tech 170-130 last week before knocking off UNC-Wilmington and Boston College by over 100 points each this weekend. A trio of underclassmen helped lead the way to these victories, with freshmen Yixuan Chang and Margo O’Meara and sophomore Sarah Foley winning a combined 15 individual events over the past two weekends.

A lot of this newfound energy in the pool is coming from improved socialization. Under last year’s COVID policies, practices were separated into groups, meaning the team didn’t know each other as well. Now, the entire team practices together; this has led to increased bonding in and out of the pool, improving team morale.

“The cohesion on the team [this year] has made training so much better...socially, we all can hang out so much more and we all mesh really well together, so it makes competing for this team that much easier,” said sophomore Catherine Belyakov, who placed top three in all of her individual races of the past two meets.

Additionally, the difficulties of the pandemic last year meant swimmers were unsure if the ACC or NCAA championship meets would occur. The events ultimately happened, and this year, there is no uncertainty.

“The energy that we’ve created already this early in the season has already been great, and I think that is very different from last year because we didn’t know what was gonna happen [with championship meets],” said sophomore Sarah Foley, who reached the A-final in the 200 breaststroke at the NCAAs last year.

This improved team morale has led to some impressive team performances. While this early in the season, it is always hard to predict which team records will be broken, head coach Dan Colella believes that the relay records have some of the best chances to fall. The team’s performances showed that this week, winning four of the six relays. Notably, the men’s 200-yard medley relay turned in a time of 1:28.62 to win, a time just over two seconds off of the pool record.

Next week, the Blue Devils face off against Georgia Tech at home, hoping to keep their momentum going. While the No. 24 Duke women are the favorites to win, the Duke men are undoubtedly the underdogs, as they remain unranked while Georgia Tech’s men sit at No. 19. However, with leadership like Reznick’s, they have hope.

“We’ve had success in the past knocking off [higher ranked teams],” Reznick said. 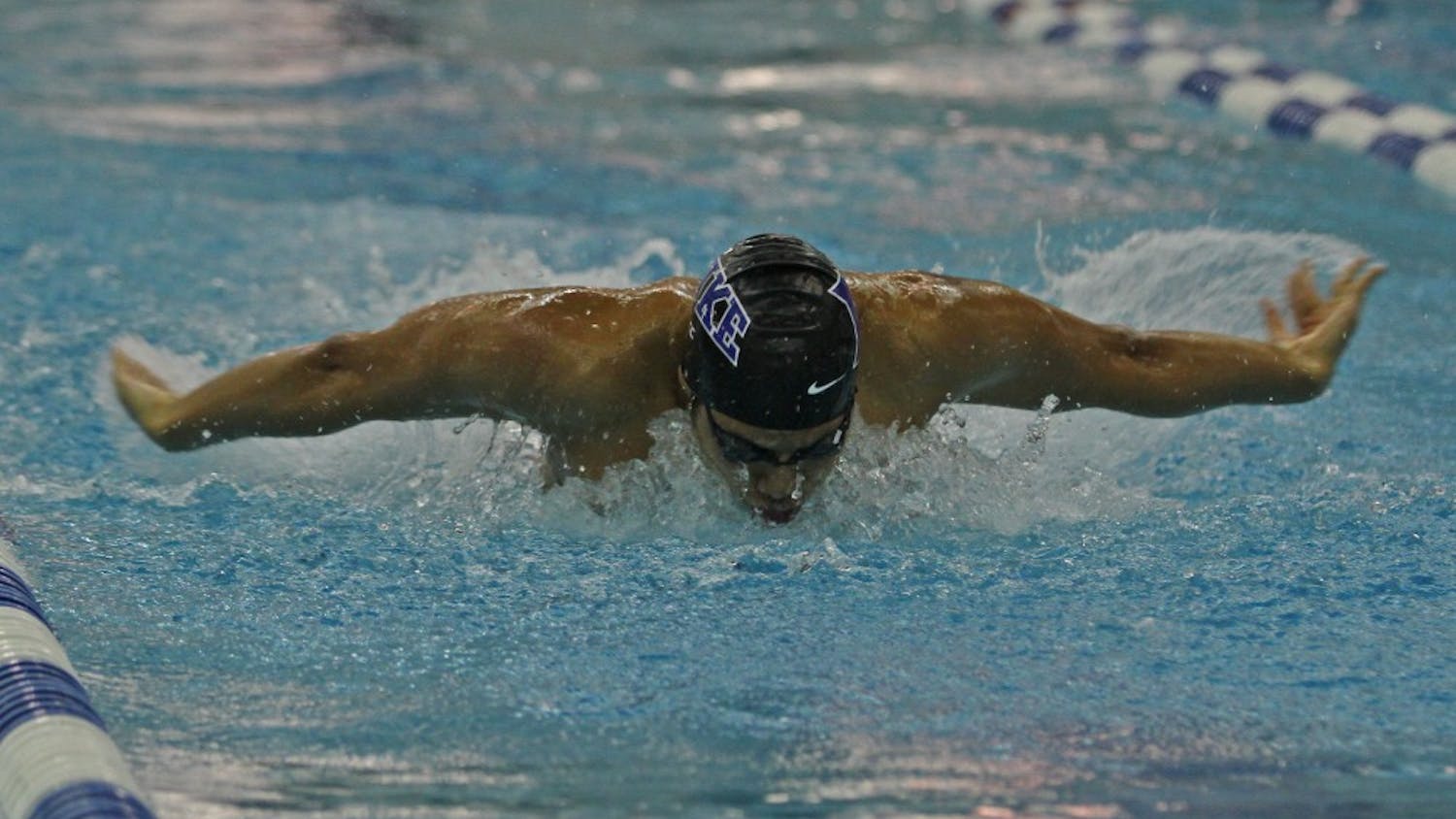 Babu Chatterjee is a Trinity junior and sports staff reporter for The Chronicle's 117th volume.

Share and discuss “Duke swimming and diving off to strong start in 2021-22 season” on social media.