Duke men's basketball meets Gonzaga in Las Vegas Friday. Ahead of the top-tier matchup, we reviewed some film to find what the Blue Devils will likely be on the lookout for before taking the floor under the lights.

The contest between No. 5 Duke and No. 1 Gonzaga is hard-pressed as no joke for either team as they make their way to Las Vegas for the competition. As the Blue Devils continue to rise in the rankings, the Bulldogs will be their most formidable matchup yet. But to take on a team with the star power of three five-star freshmen recruits per ESPN, including No. 1 Chet Holmgren, along with the several returners that lead the scoreboard—Drew Timme and Julian Strawther—Duke must vie to take continuous control from tip-off.

Yet, taking control from the game start may be difficult considering that is the Bulldogs' strength and the Blue Devils have struggled to do the same. In their last game against Central Michigan, within five minutes of playing time, Gonzaga led the Chippewas 16-5, and 12 of its points came from the paint, while only two of Central Michigan’s did. At the same mark in Duke’s last game against The Citadel, the Blue Devils only led 17-14, yet only four of their points came from the paint while eight of the opposing team’s points did. However, considering that the Bulldogs will likely start by driving to rim, the Blue Devils may aim to keep them out to force them to shoot threes instead. With a 35.1% 3-point mark, Gonzaga has a slim hold over Duke on accuracy, yet 3-point volume is relatively the same for both teams.

If the Blue Devils hold up defensively, they can make a victory Friday night difficult for the Zags to run away with. The clip below shows how Gonzaga starts strong in the paint by moving stealthily to get open for a pass and a basket from Timme up close when needed. If the Blue Devils' defense can ensure that there will be no open man and opportunities to cut, then they can prevent the mistake Central Michigan made and keep the score close from the start.

The Bulldogs defeated Texas 86-74 in their first premier matchup of the year, and the player of the game was none other than Timme, who scored a career-high 37 points thanks to his 15-for-19 shooting. Given his playing ability against an opponent as formidable as the Longhorns, the junior will likely be looking for a big night again Friday. The clip below showcases his high basketball IQ as he sets a pick for his teammate and rolls off to be the open man. Looking for the shot and not finding it, Timme then clears a lane for himself and drives to the basket for a layup.

Another key storyline to look out for is Holmgren versus Banchero, which will be one of the most exciting showdowns of the season. As two of the top freshmen in the country, this matchup will likely be the toughest we've seen for either of the two thus far. Holmgren is the highest recruit the Bulldogs have signed in their program history and features a long list of accolades that only just starts with McDonald's All-American. He's undoubtedly an offensive threat and he averaged 12.8 points entering Tuesday.

Yet, his forte for the Zags is undeniably his help as a defensive threat—the freshman center leads the team with 6.8 rebounds and 3.4 blocks per contest. Texas was noticeably reluctant to shoot from the paint with Holmgren on the floor compared to when he was on the bench. In this clip, Holmgren stands tall as Texas's Courtney Ramey drives to the basket, and by following him and blocking the opportunity of a shot, Ramey must pass to a teammate to make the basket. Though Texas scores, it's evident that when Holmgren is in the paint, Duke must sure up its 3-point attack if it wants to put points on the board.

In its first matchup against Gonzaga since a two-point loss in 2018, Friday's game will likely be Duke’s most challenging of the entire season. None of the current roster has competed against a Mark Few team, and this match has potential to go either way. With talented freshmen in addition to experience on both sides, this game will come down to who can convert the most threes and play better defense. 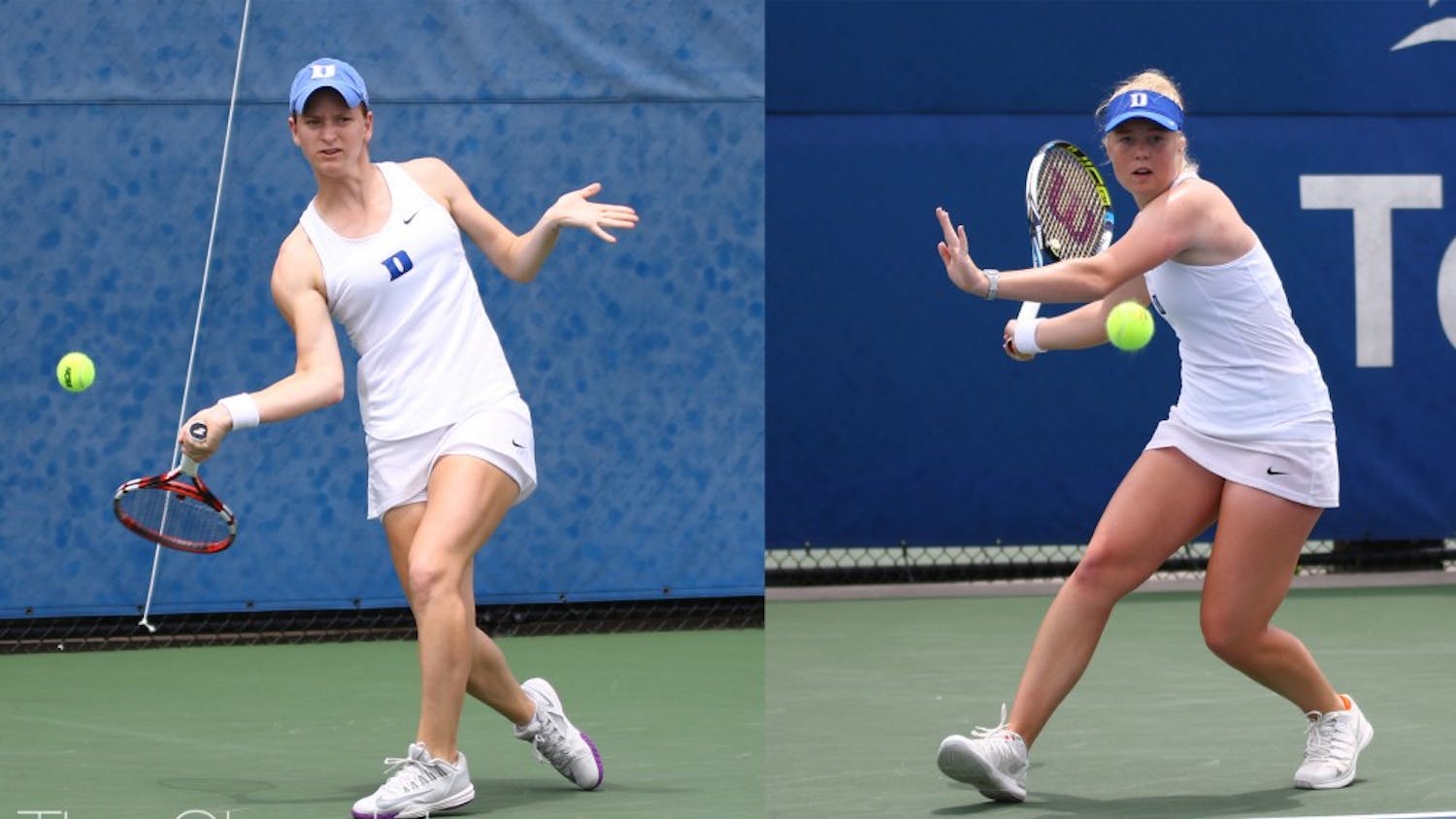 Ana Young is a Trinity sophomore and an assistant Blue Zone editor of The Chronicle’s 118th volume.

Q&A: Former Duke President Richard Brodhead reflects on past and future of DKU ahead of inaugural Commencement