You stare at the blank screen, and the blank screen stares back at you. It’s 3 AM on a Monday night and you have a paper due in the morning. You keep searching for the right word, the right phrase, the right way to start, and you wonder when introductions have become so intimidating, when they are the only section you glance at for assigned readings. You type a single word: “the”, because something is better than nothing, but then you press backspace, and you end up where you started. The blank page, and you wondering if nothing can still be better than nothing.

As a true embodiment of the phrase “I hate writing, but I love having written”, writer’s block always manages to crawl up on us at the worst times. Sometimes writer’s block hits me like a truck, other times like a train. There is no way to describe the uncertainty of not knowing if one will ever write another word in their life. The average person speaks at least 7,000 words per day, and knows an average of 42,000 words. So how is it then that a mere 1,000-word paper seems only possible through divine intervention and inspiration now?

Totally fine, let’s just start from the basics: a sentence is composed of a subject and a verb. I sleep. I eat. I write. Now let’s sprinkle in some adjectives. I sleep quickly. I eat quickly. I write quickly. That last one is a lie.

Writer’s block can be tricky to deal with, and most times it’s not even a problem of effort. I can spend hours struggling to put together a 50-word bio, yet end up drafting a entire poetry collection in my notebook at midnight. Over time, I’ve come to discover that forcing our words can often end up having the opposite effect. Just like the direction of the wind, there’s no way to dictate how our words flow. However, there are techniques to tap into that small pond hidden in the crevices of our minds.

Words rarely come in a steady stream. As with the tides, predicting the ebb and flow of these words can serve as a great remedy to writer’s block. For instance, many people find it easiest to write early in the morning or late in the night, when the conscious and structured part of their mind is barely awake, and ideas flow unfiltered onto the page. Aptly, this is often known as the period of “flow,” when the tides are highest and no barrier is tall enough to block the waves.

For me, this often means staying awake until 3 AM on a Monday morning. And If there’s one thing I’ve gotten out of (occasional) sleep deprivation, it would be the endless rambling that often finds its way into my writing.

Although it may seem counterintuitive to write on paper, given all the great conveniences that typing gives, there is evidence that handwriting triggers different neural pathways from typing, and may engage more areas of the brain. Freewriting is always a useful technique to have when creating the first draft, and it’s quite simple too. Set up a timer, and start writing (on paper), not stopping until the timer stops.

Typing can often make us too much of a perfectionist, especially with the backspace button being twice the size of a normal key. But through freewriting, we may end up discovering ideas or links initially hidden in our words. Words that likely would have been deleted before making their way to the page for not being “good enough.”

I know. Not the best advice if you have something due tomorrow. But assuming you have more time, step away from the page for a bit. I like to think that even when we’re not writing, the words still simmer in the back of our minds, gradually accumulating different flavors as we make our way through life.

Right now, I am sitting in front of my laptop, with the entirety of the English language at my fingertips, yet I’ve spent the past hour changing the font from Times New Roman to EB Garamond, and then back to Times New Roman. I’ve even tried playing with the font size and text color, and I’m hoping something comes of it. I’ve started to doubt if anything I write even makes sense.

If nothing comes after sitting in front of the page for 20 minutes, then so be it. It’s always better to have a finished dish than an uncooked one, and words always have a magical way of finding you when you least expect them. So take a stroll through the garden, and think of your words as the cocoon before the butterfly, ready to take shape when the time is right.

Spencer Chang is a Trinity first-year. His column runs on alternate Thursdays. 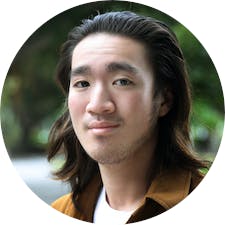 Spencer Chang is a Trinity sophomore and an opinion managing editor of The Chronicle's 118th volume.

Share and discuss “Remedies for writer's block” on social media.