The Chronicle reported Wednesday morning that Duke has established some details of its new residential housing system to be implemented beginning fall 2022.

The linking of East Campus dorms to West Campus quads has been in place since 2018, and since then, many other housing changes have taken place, such as relocating all selective living groups during COVID-19. Here’s how Duke gradually progressed towards establishing a full residential college system.

During the 2018-19 academic year, first-years living in Blackwell, Brown and Giles dorms could opt into a program that would allow members to continue living with others in their first-year houses who also opted in. They’d be placed in the same West Campus house during housing assignments.

Students in the program could request roommates, provided the roommates lived in the same East Campus house.

The 2018-19 program was expanded to automatically put all first-year students in housing blocks based on their East Campus dorm. Students could opt out of the program but would be included unless they chose to make that change. Students could still live in section with their Greek or non-Greek selective living group or living learning community did not have to participate.

More than six people needed to opt-in for a house to be linked; blocks with six people or less would be rolled over into the independent housing process. Like in 2018-19, students in the program could not select roommates outside of the program.

Duke announced several changes to on-campus living for the fall 2020 semester, including the fact that there would not be selective living group housing. The decision was made as part of the University’s effort to reduce occupancy and density in residential buildings due to the pandemic.

Duke announced that they would aim to “build a joyful and intentional four-year residential experience that promotes growth, meaningful inclusion, and health, and that is distinctly Duke.”

Greek and non-Greek selective living would return in 2021-22 but “shift away from Abele Quad,” the central West Campus quad. Only juniors and seniors would live in selective living sections, as Duke moved rush from first-year spring to sophomore year.

The linking program announced in January would be in place going forward, where individual West Campus quads were linked to East Campus dorms, serving as “a student’s home and foundational community throughout the student’s four years at Duke.”

All Greek and non-Greek living groups were given the option to live in Edens Quad for the 2021-22 academic year.

The decision was consistent with the guidelines outlined by the NGLLE 2.0 Committee, which included that Greek and non-Greek SLGs would return in 2021-22 but “shift away from Abele Quad” as Duke establishes a residential community system, according Deb LoBiondo, interim dean for residence life.

The 11 groups who currently have housing sections, not including living learning communities, is as follows: 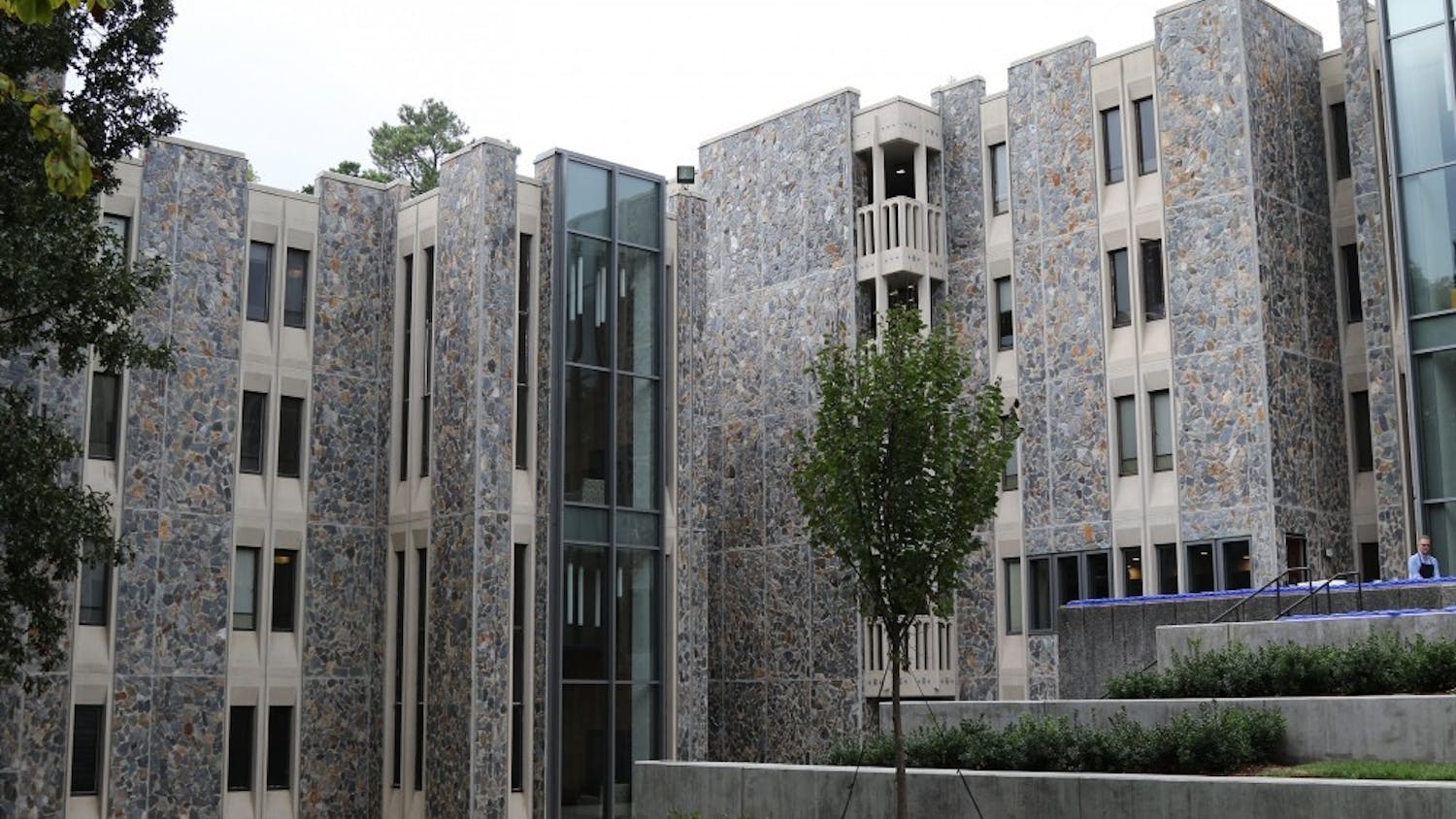 Only two groups with sections, Chi Omega and Psi Upsilon, are Greek organizations.

Despite keeping selective living groups in Edens Quad, housing policies such as keeping students in double rooms returned to normal for the fall 2021 semester.

Duke also returned to its normal rules about which students can live off campus. Although Duke has a six-semester residency requirement, students who lived off campus during the 2020-21 year, when Duke expanded off-campus options due to COVID-19, are not required to stay on campus their senior years.

The Chronicle reported Tuesday that the 2022-23 academic year will be the last year that selective living groups will have a dedicated residential section in campus housing.

First-years will continue to live on East, and beginning with the Class of 2025, one to two East Campus houses will be assigned to one of seven quads on West Campus, The Chronicle reported Wednesday. This is similar to the automated linking system that was established in spring 2020, but linking is now mandatory. The University will announce further details about linking this semester, according to the QuadEx FAQ.

Duke originally intended to roll out logistics for its new QuadEx residential system this week, but Mary Mat McMahon, vice provost and vice president for student affairs, told The Chronicle Tuesday that rollout would probably take place the last week of September.

Leah Boyd is a Pratt senior and a social chair of The Chronicle's 118th volume. She was previously editor-in-chief for Volume 117.

Share and discuss “A four-year timeline of Duke's gradual shift to a residential housing system” on social media.