After rattling off three straight home wins, the Blue Devils hit the road Saturday for a date with nearby North Carolina. The Blue Zone brings you a player to watch out for on both sides ahead of Duke's ACC opener:

As one of three captains alongside senior receiver Jake Bobo and graduate quarterback Gunnar Holmberg, DeWayne Carter has already proven to be both a defensive force and a leader for the 2021 Blue Devils.  The Pickerington, Ohio native played in all 11 games a season ago but is now expected to make a more consistent and profound impact on the team's defense.

The 300-pround redshirt sophomore is leading the defensive line in total tackles, including eight solo tackles to date. In addition, he’s already surpassed his total tackles figure from the 2020 season and has matched his one sack. The Blue Devils have gotten off to a strong start this season with a lot of dramatic growth from some previously unheralded players like Carter. Duke has gained confidence heading into its rivalry match against North Carolina, and Carter has mirrored that with his own upward trajectory, something that will be valued early and often against the Tar Heels. His stellar play and leadership will prove to be important against what is perhaps the most potent offense Duke has faced.

Last season, Josh Downs played in 10 games and finished with seven catches for 119 yards and three touchdown receptions. Overall, he didn’t get much of an opportunity with the ball during his freshman campaign, but he has quickly changed that in his sophomore season. The Suwanee, Ga., native has already more than tripled his full-season production through just four games as he leads the team with 32 receptions for 452 yards.

Downs also leads the team with five touchdowns as he has consistently put points on the board in each game, including two touchdowns and 203 receiving yards in a blowout win against Virginia. If the wide receiver continues to play at such a high level, he will definitely pose a threat to Duke’s defense in Saturday's matchup. 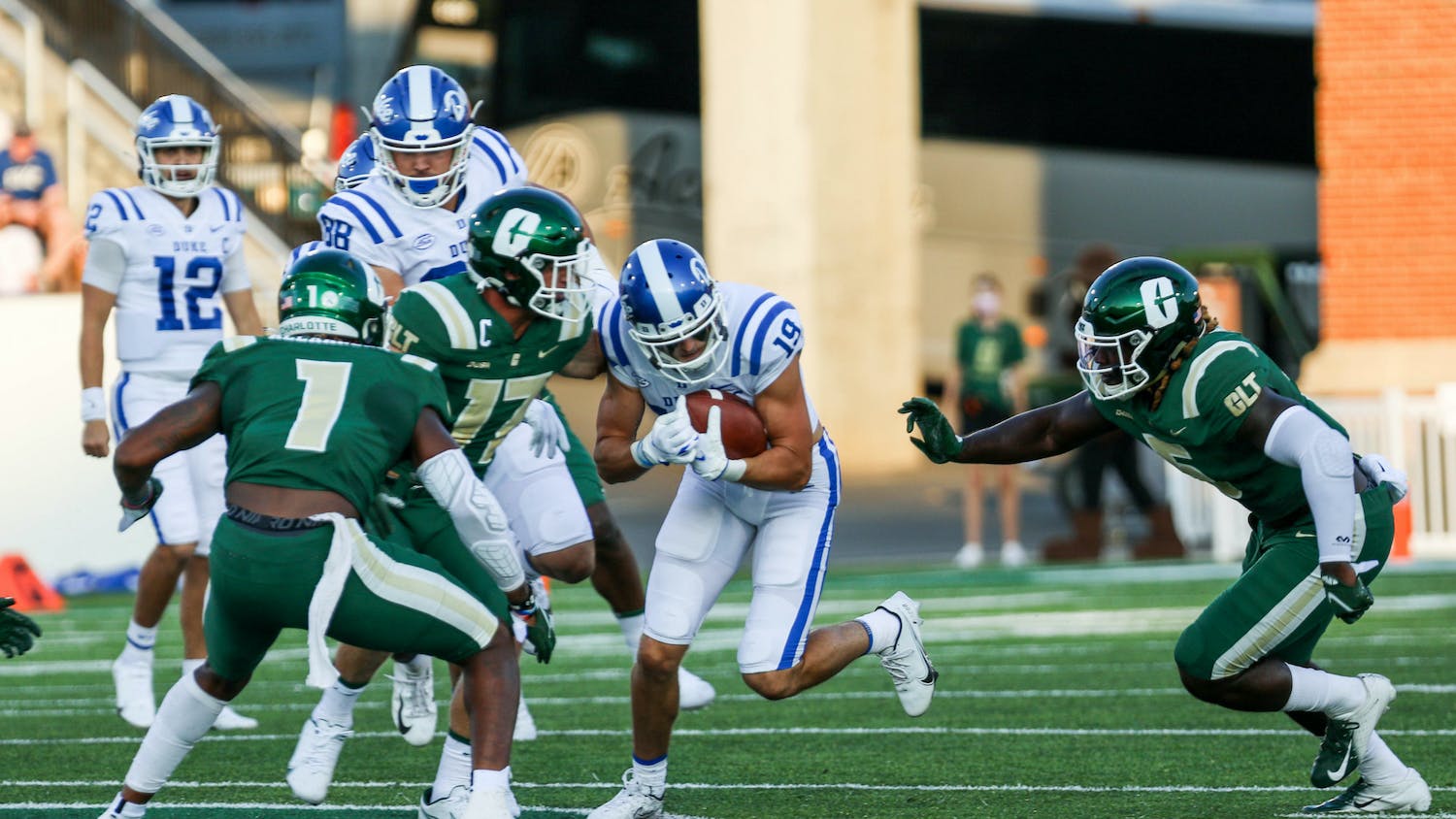 Duke women’s basketball's loss to No. 3 UConn demonstrates that superstar players are not everything