Two years ago, Duke lost three of six games between Jan. 11 and Jan. 28—including a shocking home blowout loss to Miami—before heading to Charlottesville, Va., for a crucial matchup with No. 2 Virginia. The win, which knocked the Cavaliers from their undefeated perch, then sparked an 11-game Blue Devil winning streak to close the regular season.

And although the circumstances are different this time, the contest is equally meaningful. Both Duke and Virginia sit at 8-4 in the ACC, each team is ranked in the top 15 and the Blue Devils are in the midst of a five-game winning streak. With the matchup between Duke and the Cavaliers just on the horizon, The Chronicle is getting you ready with five things to look for Wednesday night when the Blue Devils take the floor at John Paul Jones Arena.

Something's got to give

As Duke and Virginia have established themselves as perennial conference powers the past few seasons, each has done so in a drastically different manner. The Blue Devils—with their immense talent and numerous one-and-done recruits—have built themselves into an offensive powerhouse. Duke currently ranks third in the ACC in scoring offense at 81.9 points per game with two of the league's top 12 qualified scorers in its starting lineup.

Yet the Cavaliers have managed to limit the Blue Devils to fewer than 70 points in nine of the last 10 matchups dating back to 2010 and currently hold the nation's best scoring defense at 55.1 points allowed per game. Although the Duke offense has found ways to just barely outscore Virginia in three of the last four contests, this Cavalier team has consistently shown its mettle against the best offenses in the country. 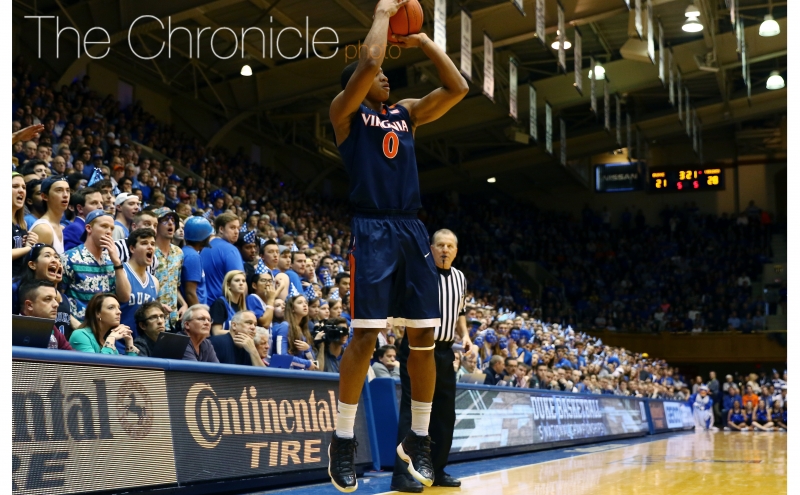 Virginia kept Notre Dame, Florida State, Wake Forest and Villanova—all in the top 20 of basketball statistician Ken Pomeroy's adjusted offense rankings— to 62 points or fewer. And with the Cavaliers averaging 69.8 points per game in ACC play, the home team might generate enough offense to finally get them over the hump against the Blue Devils.

Although this Virginia team is relatively young compared to past squads, the Cavaliers boast one of the older starting lineups in the conference. With the exception of a single start from freshman Kyle Guy, every Virginia player to register at least one game started this season has three or more years of experience with the Cavalier program—a testament to the influence of Virginia head coach Tony Bennett. 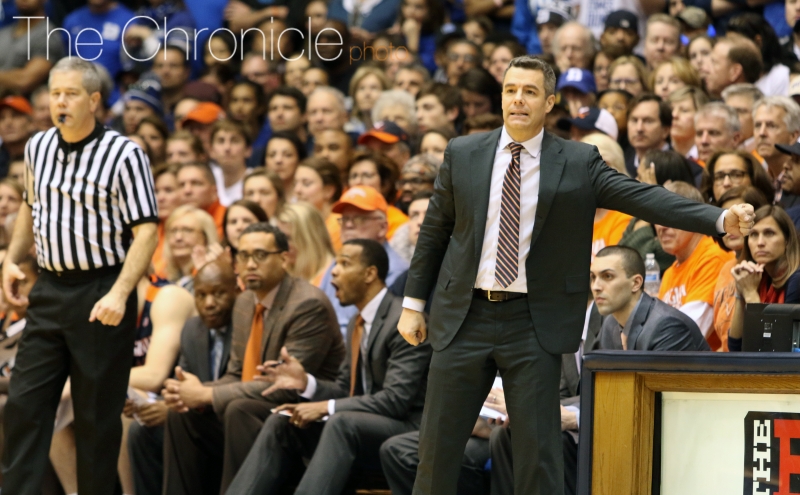 Since his tenure with the Cavaliers began in 2009, Bennett has transformed an ACC bottom-feeder that had qualified for the NCAA tournament just twice in the 21st century into a program that has made a pair of Sweet 16 appearances in the last three seasons. Although just two Virginia players that made a significant impact on the matchup two years ago will be on the floor come Wednesday, Bennett's side will be more than prepared to host Duke. The Cavaliers have already swept Louisville this season, and four of their six losses have come by four points or fewer—another indication that Virginia is rarely outclassed these days.

No player epitomizes Cavalier basketball more than London Perrantes. The senior has played significant minutes ever since arriving on campus, and after averaging 11.0 points per game and shooting 48.8 percent from beyond the arc as a junior, he garnered preseason first-team All-ACC honors this season. A 6-foot-2 guard, Perrantes leads Virginia in scoring at 12.6 points per game, has started all 24 contests and is the only Cavalier in a balanced 10-man rotation that logs more than 30 minutes a night.

In addition to anchoring Virginia's offense, the Los Angeles native plays his part in the Cavaliers' pack-line defense that forces dribble penetration toward help defenders then recovers masterfully. The Cavaliers have already shut down Notre Dame's potent backcourt and National Player of the Year candidate Josh Hart, and Perrantes and company are eagerly awaiting the chance to add Grayson Allen and Luke Kennard to that list.

Part of the Cavaliers' effectiveness on defense is a result of the pace at which they play. Virginia is the second-slowest team in the nation, according to Pomeroy's raw tempo metric, playing out the longest offensive possessions at an average of 21.1 seconds and forcing opponents into equally lengthy possessions of their own. 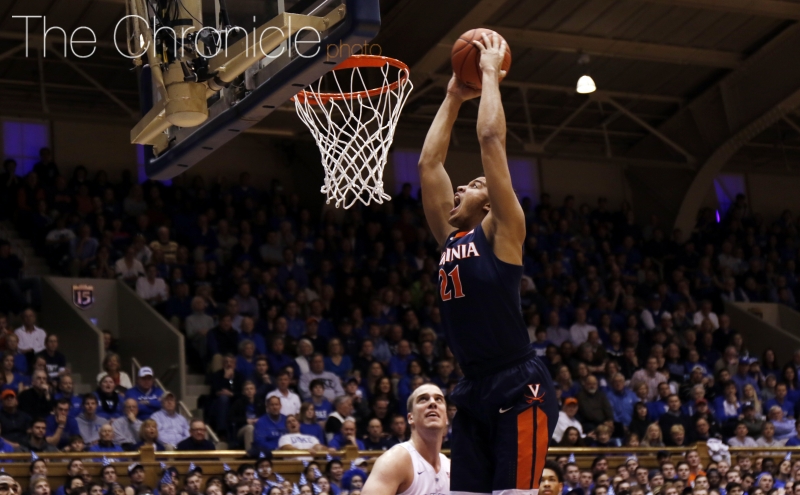 Bennett's offense never seems to light up the scoreboard, but its pace allows for efficiency when the Cavaliers have the ball. Virginia's offense puts up 112.4 points per 100 possessions and is the ACC's most effective defense—opponents score just 89.1 points in the same number of trips down the floor. The Blue Devils, who rank 12th in Pomeroy's adjusted offensive efficiency metric, have not played a defense comparable to Virginia's since Dec. 6, when Duke shot 52.5 percent from the field en route to an 84-74 win against Florida.

Since 2011-12, the Cavaliers have been as steady as any team on its home floor. Virginia has lost no more than two games in Charlottesville each of the last four seasons, but the Cavaliers have already dropped two contests at John Paul Jones Arena this season. And after the Blue Devils come to town Wednesday, Virginia will host Miami, No. 10 North Carolina and Pittsburgh down the stretch.

Duke men's soccer falls late once again, this time to No. 2 Wake Forest

Duke, however, has had recent success on the road against the Cavaliers, winning four of the last five at Virginia—including the 2015 victory in which guard Tyus Jones drilled a long 3-pointer with 11 seconds to go to seal the dramatic comeback win. The Blue Devils have just two road wins this season, and a big-time win away from Cameron Indoor Stadium could go a long way for their confidence—Duke will play four of its final six games on the road.