Duke graduate Kelli Ward is trying to give incumbent Sen. John McCain a run for his money in Arizona’s Republican primary.

Ward—deemed “Arizona’s Lady Trump” by Salon Magazine—is trailing McCain by 11 points in the latest polls, but she’s made a name for herself with her bold, and sometimes controversial, anti-establishment message.

The 47-year-old Ward, who is a vocal supporter of Republican nominee Donald Trump and is aligned with Tea Party groups, has campaigned on a platform that includes increased fortification of the U.S.-Mexico border and the repeal of the Affordable Care Act.

“I want there to be more personal responsibility, and I want us to actually follow the Constitution,” Ward told The Chronicle.

Despite political views that have attracted controversy, Ward—whose maiden name is Kaznoski—outlined her time at Duke in ways that would be very familiar to many Duke students.

In the Class of 1991 directory, she listed “pre-med” under her intended major or track and “people, travel” under her interests. She said that her freshman year, she resided in Jarvis dormitory and lived with girls all four years, joining Chi Omega sorority during the first rush cycle. She worked for The Chanticleer, Duke's yearbook, eventually becoming a Living Groups editor, and was also cast in the musical "Pippin" her senior year.

She graduated in 1991 with a degree in psychology. After Duke, Ward received her doctor of osteopathic medicine from West Virginia School of Osteopathic Medicine and her master's degree in public health from A.T. Still University of Health Sciences in Missouri.

Although she described her childhood in Ft. Springs, West Virginia as “a pretty sheltered life,” Ward said that her time at Duke allowed her to see many possibilities for her future.

“To go to Duke University, where you are exposed to a lot of culture, a lot of diversity, people from all over the country and all over the world really opens your mind,” Ward said. “It opens you up to understanding that the world is full of possibilities.”

Ward also noted that she shared another aspect of her Duke experience with many other Duke students. In 1991, the men’s basketball team won its first national championship.

“I went to a lot of basketball games and football games because sports were an important part for me,” Ward said.

A late entry into politics

Ward, who is an osteopathic physician, said she did not plan to go into politics, but decided to run for State Senate in 2012 because of her dissatisfaction with federal programs—particularly Obamacare.

She served for one and a half terms before resigning in order to enter the Republican primary. In 2015, Ward sponsored 19 bills that were eventually signed into law.

“I'm proud [of my record] because most of those bills revolved around shrinking government, consolidating agencies, lowering taxes, taking regulation away from small businesses, education reform, healthcare reform and welfare reform,” she said. “These were things that were common sense bills that people were crying out for at the federal level, as well.”

Ward said she supports Trump because he has “actually done something.”

“He has real life experience, outside of Washington, just like I do,” Ward said. “I think that that's what the electorate, Republicans and Democrats, want to invest in.”

Like Trump, Ward has emphasized the importance of border control in her campaign, telling Salon that she favors “an all-encompassing, all of the above approach” to militarizing the border with Mexico, and criticizing McCain for his willingness to adopt immigration reforms.

“I want to mix the mortar to fix the border,” Ward told Salon, describing her vision as including concrete walls, fences, underground sensors and cameras.

Ryan Harper, Fuqua ’06 and a lobbyist at Arizona lobbying firm Triadvocates, described Ward as someone he thinks “the Duke community should be proud of.”

“You can disagree with her political position, but Dr. Ward is articulate and bright. Regardless of where you sit on the political spectrum, I think those are all things you can be proud of.”

Unafraid to wade into controversy

In July 2015, Ward announced her candidacy for Senate. She has since been endorsed by Sylvia Allen, president pro-tempore of the Arizona Senate, as well as several state senators and Gun Owners of America.

In August, she offered her comments on the controversy surrounding Trump's treatment of Khizr and Ghazala Khan, the parents of a Muslim soldier killed in Iraq who spoke at the Democratic National Convention.

“The Khan controversy is a cynical political stunt cooked up by the Clinton Establishment," Ward told the conservative Breibart News.

She said McCain's statement rebuking Trump's comments—Trump had insinuated that Ghazala did not speak at the DNC because of her religion—were a sign that McCain "really wants Hillary Clinton in the White House, and his tepid ‘support’ for Trump is only disingenuous pandering.”

Recently, Ward shared a tweet from an anti-Semite. In response to the media attention that followed, Ward's campaign issued a press release.

“I believe we are all created in the image of God and that our Creator loves us all the same," Ward said. "I am appalled by the accusations of racism. I am sickened that my opponent has stooped so low. I pray that the next generation will know less of this hatred. I pray for the healing of our land.”

In May, a poll conducted by Public Policy Polling tied Ward and McCain if no other candidates were running. But a poll conducted by Data Orbital LLC in early August had McCain leading Ward by double digits, and he is now seen as the clear favorite for the primary Aug. 30.

Anti-establishment anger against the incumbent is more prominent this year than in most elections, though.

Freshman Max Bartlett, an Arizona resident who interned for John McCain’s campaign earlier in the summer, wrote in an email that McCain’s three decades in the Senate seem to be backfiring as voters view him as a representative of the “establishment."

He added that McCain—who was part of the bipartisan “Gang of Eight” that pushed for immigration reform in 2013—is “perceived by many as being soft on immigration, gun control and other crucial issues in this election.”

“As an intern in the McCain campaign, I made hundreds of calls to constituents, and quite a number of times I was told—sometimes with expletives—that 'I’ll vote for anyone but McCain' before hearing a click as the call was disconnected,” Bartlett wrote. 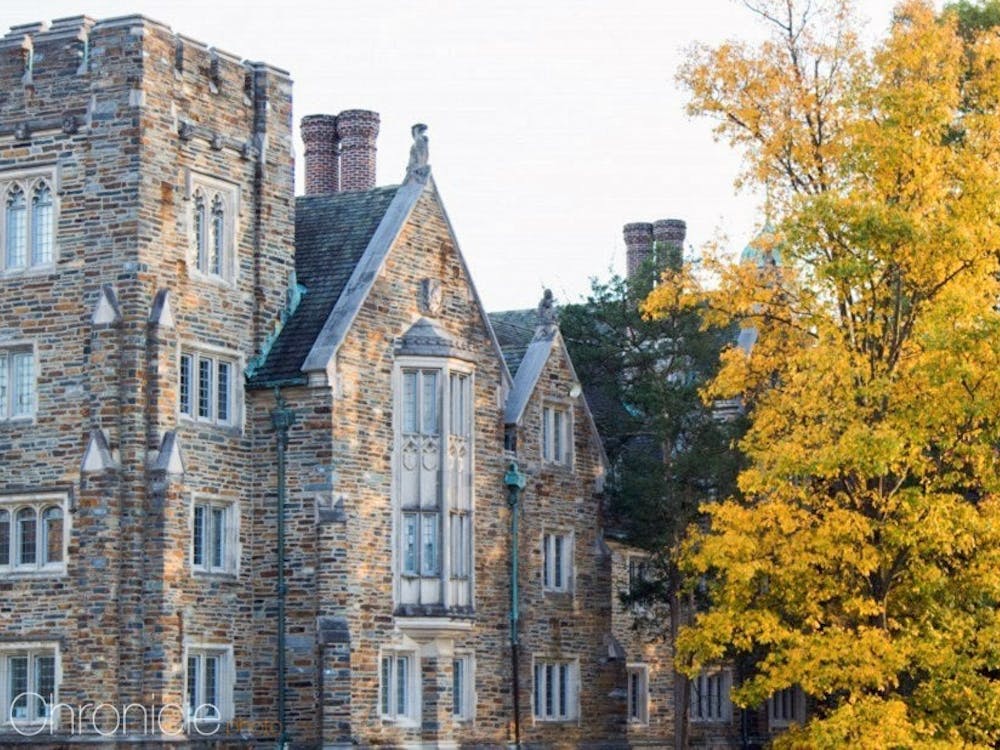 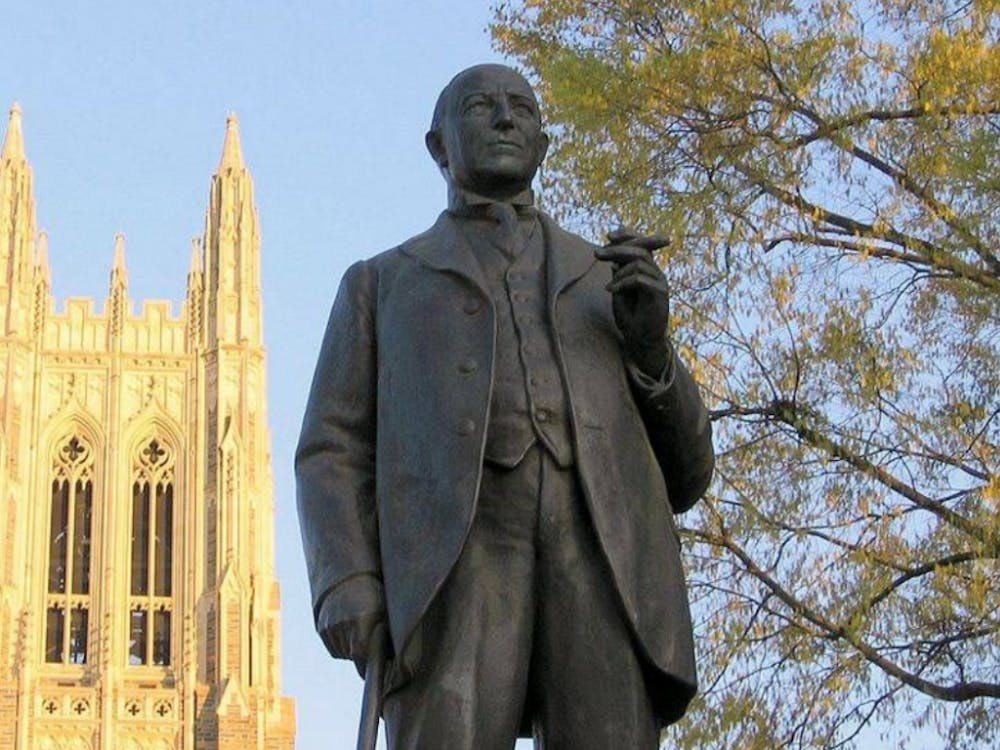 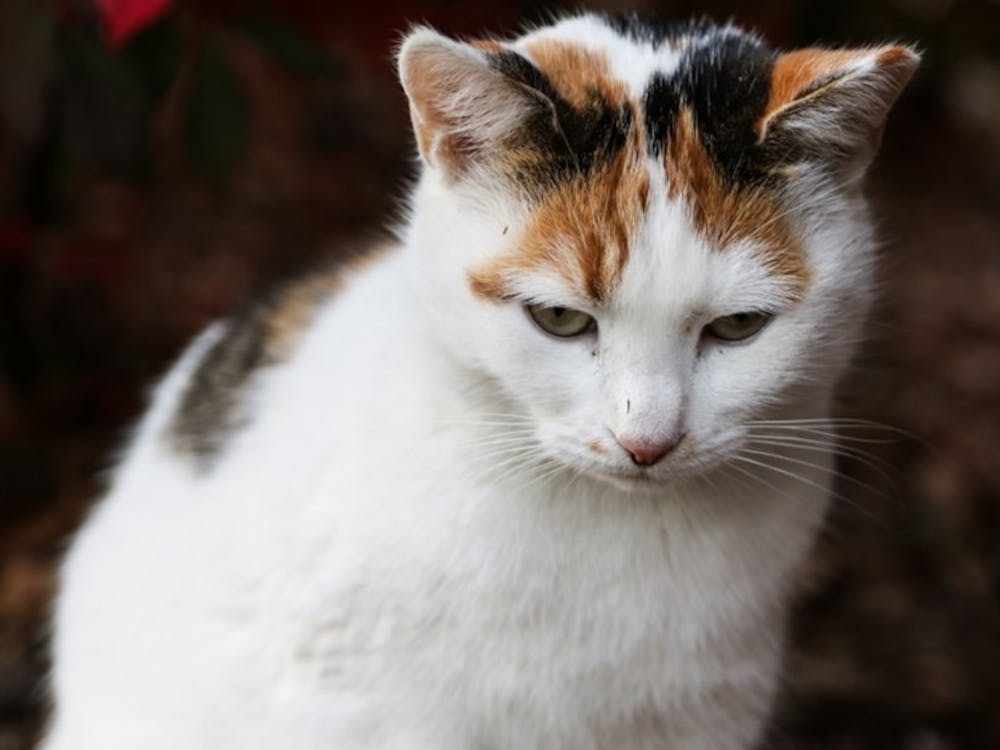 The adventures of Peaches: From shy cat to campus icon

More than five years ago, Carla Antonaccio, a professor of classical studies currently on leave in Greece, found Peaches hiding under a bush in Keohane Quad.