Photography and musings on meaning in art

Many people think that existentialism doesn’t accord meaning to anything. This isn’t quite true. Existentialism just says that nothing has inherent meaning. People give meanings to many things—sounds, objects, colors, and especially other people. The entire world is dripping with this intangible importance—thanks to what our mom and dad told us about this or that, or just because something has always made us feel a certain way. For the existentialist, there is nothing sacred about these perceptions. Everything, even the base of society itself, can be broken down, reassembled, and made to mean something new. How exactly you do this, however, is an open question.

The following photo essay is meant to explore the extent to which the existentialist philosophy can be applied to works of art that are currently on display at Duke’s Nasher Museum of Art. For many artists, the notion of an object having no inherent meaning seems almost heretical. Every curve of a sculpture, every smear of paint on a portrait holds carefully constructed meaning that is the exclusive brainchild of its creator. In photographing these works of art, I felt the force of the meticulous attention paid to their molding, finding it impossible to see the work’s original intent melt away. That is, I could never imagine fully breaking down the intent of the piece and reconstructing it to suit my own creative pursuits. And frankly, it would have been disrespectful to the artist.

What I was able to do, however, was use different camera settings, find novel angles and play with focus, light and form to simultaneously add to and take away from the meanings that the pieces originally contained. I sometimes focused on one part of a larger work. Other times I played around by pairing different works in the same room, finding complements between pieces that were never supposed to interact. In editing some photos, I did nothing more than increase the contrast and amplify the colors. For others, I recombined many separate photos taken of different parts of the same portrait or mural, quite literally reassembling the reality that I saw in front of me.

In the end, I found that I could only partially bend the reality of the piece to suit my own creative ends, partially reworking the valleys and hills of meanings that run through the artistic pieces. In every photograph, you will see the manifest ghost of the original artist’s intent, bubbling from the image’s baseline subject and strongly coloring your perception of it. But, honestly, I was very happy to have these ghosts. These photos signify collaboration between two people—on one side an artist who produced an original work of art, and on the other side a photographer who sought to rework that gift into something partly new and partly old. I gained the sense that it is very possible to pick apart meaning and rework it into something new, but also that “something new” will always echo the original. Unfolding within each of the following photos is a dance between two partners, whose choreography alternates between seamless concert and frenetic confusion; the dance finally yields to somewhat of a wild beauty that is in part due to the artist, in part to the photographer, and in part to neither. 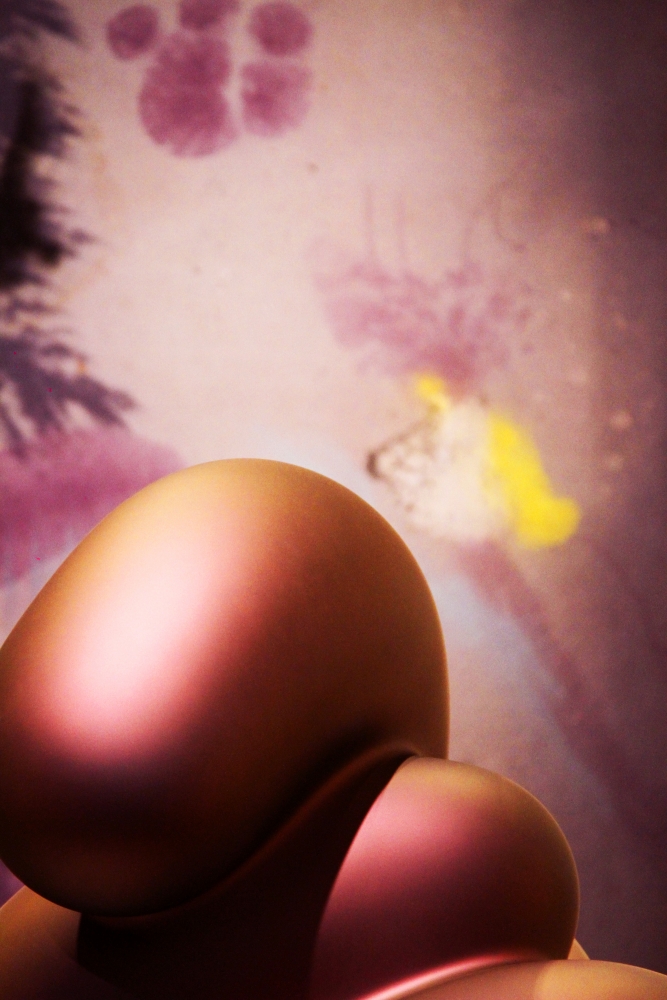 Revolution of (all) time: The obsessed and ephemeral in ‘Blue Island’

What's so special about peanuts?

Duke doesn’t want me. Neither does my home.