For those who lost touch with University news during late June and July, there is a lot to get caught up on upon returning to campus. The Chronicle takes a look at some of the most noteworthy headlines from Summer Session II as the 2015-16 academic year quickly approaches: 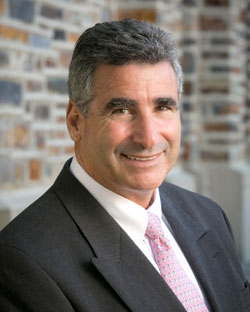 Tom Katsouleas, former dean of the Pratt School of Engineering, left the University Friday to become vice president and provost at the University of Virginia. His new appointment began Monday. In his seven years at the helm of Duke’s engineering school, Katsouleas oversaw a 62 percent rise in engineering graduate student enrollment, the launch of six new research centers and an almost 50 percent increase in external research expenditures to $75.6 million in fiscal year 2014.

“While I look forward to this next challenge, it is with a mixture of pride and sadness that I leave Duke and Pratt,” Katsouleas wrote in a letter to Pratt faculty and staff when the decision was announced. “This has been the most gratifying period of my professional career, and I look back and forward to Pratt’s progress with excitement.”

One of Katsouleas’ final acts as dean of Pratt was signing The Diversity Commitment as part of the recent White House Demo Day hosted by President Barack Obama. The commitment was sponsored by the American Society of Engineering Education and those who signed committed to providing more opportunities in engineering for women and other underrepresented demographic groups.

Senior associate dean for research George Truskey, who chaired the search committee that selected Provost Sally Kornbluth in March 2014, will act as interim dean while a search continues for Katsouleas’ replacement.

“What I really want most [in the next dean] is someone who is going to continue the forward momentum, and really put a premium on high-quality faculty hires,” Kornbluth said in a recent conversation. “Dean Katsouleas brought in some fantastic people who are not only having an impact on engineering, but I’m interested in people that will who also collaborate and have an impact across the schools.”

Katsouleas succeeded John Simon—who left Virginia to become president of Lehigh University and previously served as vice provost for academic affairs at Duke. In addition to helping the University rise consistently in rankings of national engineering schools, Katsouleas will be remembered for increasing collaboration with other schools and the sheer number of programs for students.

In March, Katsouleas and his partners led a national initiative in which 122 U.S. engineering schools pledged to establish Grand Challenge education programs at their institutions in a signed letter to Obama. Pratt was one of the first schools to adopt the Grand Challenge Scholars Program, which is intended to empower students to address pressing global issues. 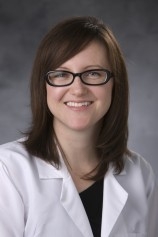 Dr. Danielle Seaman, an assistant professor of radiology since 2011, filed a class action lawsuit in June against the University and Duke University Health System regarding an alleged no-hire agreement with the University of North Carolina. Seaman claimed she was denied a parallel position as an assistant professor at the UNC School of Medicine due to an illegal agreement between the schools prohibiting the lateral hiring of each other’s medical staff and faculty. According to the suit, the no-hire agreement had the “intended and actual effect” of suppressing competition and employee wages, therefore violating federal and state anti-trust laws.

The suit claims the alleged agreement was formed several years ago by Nancy Andrews, dean of the Duke School of Medicine, and William Roper, dean of the UNC Chapel Hill School of Medicine. It also alleges the involvement of unspecified senior administrators and deans at Duke and unnamed co-conspirators from North Carolina. Lieff Cabraser Heimann & Bernstein LLP, the law firm that also prosecuted Google, Inc., Apple, Inc., Intel Corp. and other prominent California tech companies in a high-profile class-action suit, is representing Seaman. She alleges she had expressed interest in a radiology position at the UNC School of Medicine since 2012 before finding out early this year that “lateral moves of faculty between Duke and UNC are not permitted” as per a “guideline” set by the schools’ deans.

The lawsuit’s class-action status means it was filed on behalf of all faculty members, physicians, nurses and other skilled medical employees who have worked for Duke and North Carolina from Jan. 1, 2012, to the present. Seaman is seeking an injunction declaring the no-hire agreement illegal and restitution three times what all the employees have lost in the absence of competitive hiring between the institutions.

No charges filed in ADPhi case

A recent investigation of a female freshman’s claim that she was drugged and raped in January resulted in no charges being filed, Durham District Attorney Roger Echols announced in early July.

“Based on our careful review of witness statements, investigating officers’ notes, results of tests and examinations, applicable statutes, case law and the standard of proof, I have decided not to seek an indictment charging any subject of the investigation with a criminal offense,” Echols wrote in the release announcing the decision.

After attending an off-campus Alpha Delta Phi party Jan. 8, the freshman woke up in her dorm room the next afternoon—wearing a t-shirt she did not recognize without her bra or underwear from the night before. She had no memory of most of her evening, and went to Duke University Medical Center for a rape kit because she suspected that she may have been the victim of nonconsensual sex. Phone records showed that she likely left the party with a senior member of the fraternity around 3:30 a.m. and was taken to his apartment, before he returned her to her dorm about an hour later.

Echols noted that the investigation leading to the decision not to file charges consisted of “several search warrants, witness interviews, forensic examinations and consultations with experts,” and that more details would not be made public because of the sensitivity of the subject.

In another case relating to sexual assault on campus, the Lewis McLeod trial isslated to start early in 2016. McLeod entered Duke with the Class of 2014, but was expelled after he was found responsible for sexual misconduct in both an initial hearing and an appellate hearing. He filed a preliminary injunction against the University in May 2014 and is now suing Duke for his diploma, claiming that his case was handled unfairly by the University. Although the trial was previously scheduled to start in February, McLeod filed an amended version of his case in December 2014, which was approved in January. Now, the trial is set to begin Feb. 1, 2016—nearly two years after his first undergraduate conduct board hearing. 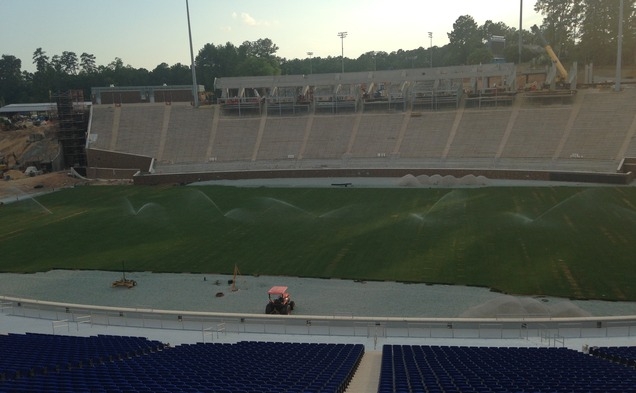 When head coach David Cutcliffe and the Blue Devils run onto the field for their home opener Sept. 12 against N.C. Central, things will look a lot differentat Wallace Wade Stadium. Construction began in November to rip out the track, lower the playing surface and add new seats to the bowl, projects that are nearing completion. A new scoreboard will be added as well, and a renovated press building is in the works.

After the athletics department received a $13 million commitment from alumnus Steve Brooks, Duke announced in July that its resodded playing surface will now be known as Brooks Field at Wallace Wade Stadium.

Much of the athletics campus is undergoing a facelift as well, including afrontal addition to Cameron Indoor Stadium to create a larger entryway and lobby into the venue.

Ranked as the No. 2 overall recruit in ESPN’s Class of 2016, St. Louis native Jayson Tatum announced his decision to commit to the Blue Devils July 12 at the Nike Peach Jam tournament. The 6-foot-8 small forward had offers from North Carolina, Kentucky and hometown St. Louis, becoming the latest blue-chip recruit to make plans to head to Durham. After sending three freshmen into the first round of the NBA draft with a national title, the Blue Devils reloaded with another top-ranked recruiting class for 2015-16, including Brandon Ingram, Chase Jeter, Luke Kennard and Derryck Thornton.

Head coach Mike Krzyzewski and his staff are still after several top 2016 prospects to join Tatum in the Class of 2016, including top-ranked Harry Giles, Frank Jackson and Wenyen Gabriel. Giles is a dominant 6-foot-10, 230-pound power forward who has drawn comparisons to Chris Webber as one of the most talented recruits in recent memory, Jackson is a five-star point guard from Utah and Gabriel is a versatile forward who has seen his stock skyrocket lately. If Duke lands all three players, it could form the foundation for yet another top-ranked recruiting class—which would be its third in a row.

Before becoming Apple’s CEO in 2011, Cook, earned a bachelor’s degree from Auburn University and his MBA from Duke’s Fuqua School of Business. He served as the company’s chief operating officer in charge of worldwide sales and operations before replacing Steve Jobs, and was recently named the world’s greatest leader by Fortune Magazine.

Silver, Trinity ‘84, took over as NBA commissioner last February and replaced David Stern, who held the position for 30 years. He helped expand the NBA’s media rights partnership with Turner Broadcasting and the Walt Disney Co., securing nine-year agreements that will begin in 2016-17 and run through 2024-25 and ensure that ABC, TNT and ESPN will continue to televise NBA games. Silver recently received the Distinguished Alumni award from Duke’s Political Science department.