It's the Same Old Song 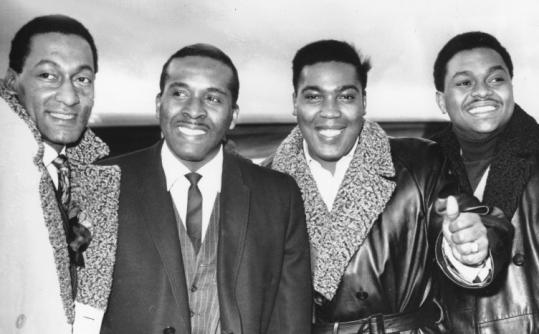 In the haze of this homecoming weekend I remember reading about the death of Levi Stubbs, lead singer of the Four Tops, the Motown group known for soulful hits like "It's the Same Old Song," "Bernadette" and "Sugar Pie Honey Bunch."

I can't remember when I actually fell in love with Motown. It was always a part of me; like Disney movies and grilled cheese sandwiches on the weekends. Like going to our annual family reunion in South Carolina. Like riding to Little League in our white Toyota Landcruiser that always had a faint smell of spilt milk.

In an age of terrible radio, that Landcruiser always had Kool 96.7: Golden Oldies as preset number 1. Like a dead language, their playlist never changed. We knew all the songs, and in most cases, all of the words, even if we didn't know the names of the groups. We didn't go to church too often. But we did listen to a lot of Motown.

Later in my life I learned about Berry Gordy and the Motown assembly line made for producing hit singles. How the studio musicians were the same for almost all the songs I heard on 96.7. How Motown, as a style, was unique for it's dreamy innocence, naive inoffensiveness and sweet harmonies.

Only later did I wonder how or why this music meant so much to me. Or why it clicked so well with my friends and I. But it seems that Motown has had periods of resurgence (not to mention influence) in the 50 years after it's demise. Of course there are modern examples like Amy Winehouse and Sharon Jones and the Dap Kings, but I want to talk about a more interesting case.

One lazy Saturday afternoon in high school I was watching TV with my dad. He stopped flipping through the channels when he came upon a funeral scene in what had to be an 80s movie. "What is this?" I asked. "The Big Chill. It's about a bunch of college friends coming back together for the funeral of one of their old buddies. It's got a great soundtrack." Jack and I decidedly were bored by the plot, but we did find the all-Motown soundtrack quite refreshing.

A few years later, when a friend found a VHS of the movie for sale, we decided to give it another shot. This was the summer after my senior year. The summer we watched The Big Chill 30 or 40 times. Eventually we saw how awesome Harold (played by Kevin Kline) was. We saw how deeply philosophical the movie was. And we saw how the soundtrack of 20-year old music could and did still fit. We couldn't help but ask why couldn't we adopt Motown as our soundtrack too?

Come party with us on a good night and you might just hear Stubbs' passionate baritone blasting from the speakers. If you're really lucky you'll even hear The Big Chill soundtrack spinning on the turntable (thanks Chaz). Harold seems to agree: when asked if he has any other music, he simply responds, "There is no other music. Not in my house."

Share and discuss “It's the Same Old Song” on social media.